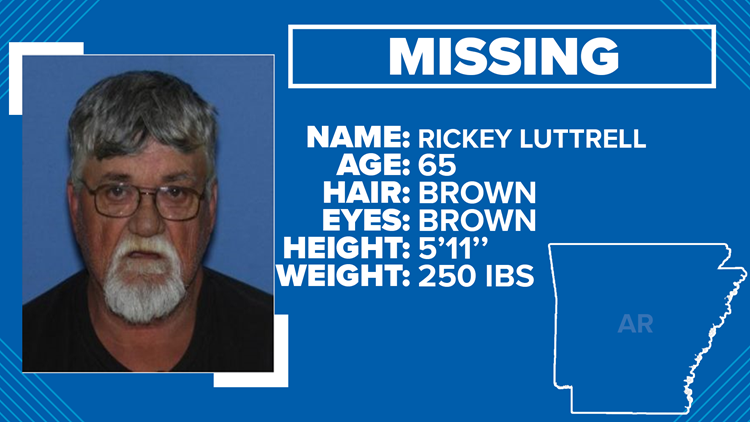 Arkansas State Police has activated a Silver Alert for Rickey Eugene Luttrell, 65 years old. Luttrell has been missing since September 23.

Luttrell was last known to be at 201 Drennen Street in Van Buren. He was last seen wearing a green t-shirt and blue jeans.

He may be traveling in a 50cc black and grey moped.

If you have any information about Luttrell's whereabouts, call the Van Buren Police Department at 479-474-1234.