"All our family wants to pay it forward to show how grateful we are for what they do for us," said Valerie Zamarripa, mom of Officer Patrick Zamarripa. 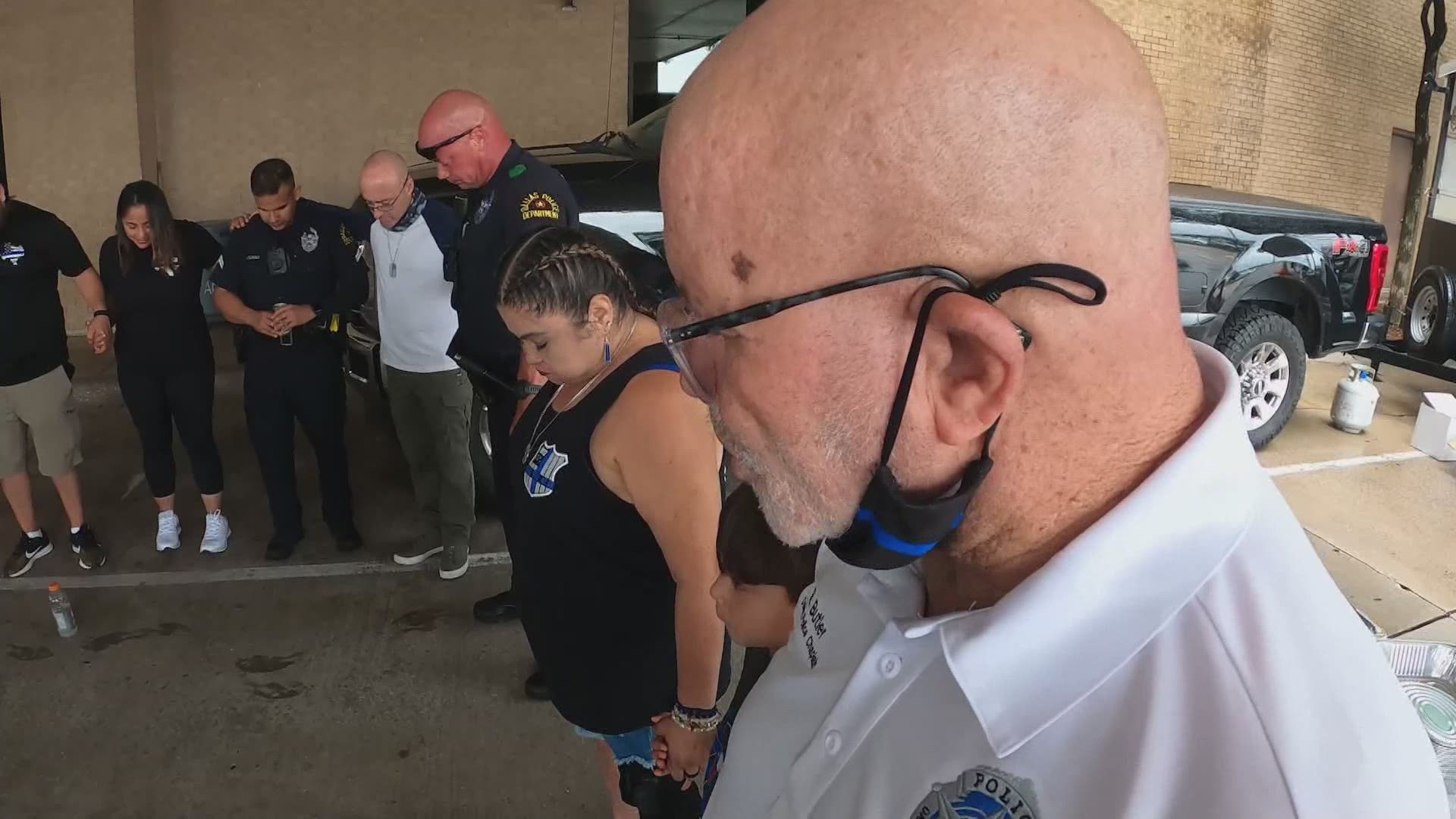 DALLAS — As Dallas approaches the solemn five year anniversary of the ambush shooting deaths of five police officers, their families continue to honor them.

For Valerie Zamarripa, honoring her son means letting his fellow officers know that she will always consider them part of her extended family.

Officer Patrick Zamarripa, 32, was one of the five police officers who were shot and killed on July 7, 2016 in Dallas by a gunman who used street protests to conceal his ambush attack.

Starting at 7 a.m. on Friday, Valerie Zamarripa and her family arrived with breakfast tacos and more for the entire morning shift at the southwest division where her son, Ahrens, and Krol worked.

For the midday and evening shifts, she and volunteers from the Assist the Officer Foundation grilled more than 400 hamburgers and hotdogs. Zamarripa and her family stayed well into the evening hours to ensure they'd fed everyone.

"I want to pay it forward. All our family wants to pay it forward to show how grateful we are for what they do for us. I never imagined being in this journey. I didn't ask to be in this club, because it sucks," she said of being the mom of a slain officer. "But it's given me a new reason to keep going."

In a substation with tributes to the fallen officers on every wall, we sat next to the display case that honors her son in the officer muster room. It's where officers meet and get their assignments.

The display case includes photos, names, and the dates of each officers' end of watch. Zamarripa, Krol, and Ahrens are included along with every southwest division officer killed in the line of duty. J.D. Tippit, killed by Lee Harvey Oswald in 1963, is also included.

RELATED: 'I miss him and his laugh': Mother of fallen Dallas officer and war veteran honors her son on Memorial Day

"Patrick and his brothers are never going to be forgotten in this room," Valerie Zamarripa said. "Every day I'm told they're mentioned. So that makes my heart happy. Because every day, he's on my mind."

She now proudly displays an intricate tattoo of her son's face on her right shoulder. It's titled "Pelon," which is Spanish for "bald." It was the family's joking nickname for Patrick, who his mom likes to remember was very specific about his hair, or lack thereof.

"Oh, the Dapper Don with his hair," she said.

But after a chaplain blessed the afternoon meal, Valerie also mentioned the irony of this location. The station is on Valleria Drive, very close to her own name. Days like this, being close to her son and honoring his co-workers, help her not cry less than she used to.

"Because I know he's with us and I know he's proud," she said, wiping away tears. "And I think he would happy in what we're doing and what I'm doing to keep his name alive and going."

"Not just to mourn them," she said. "But to celebrate the guys, Patrick and his brothers."

Brothers in arms who will be remembered, a grieving mom promises, every July to come.