A new documentary, "Still Missing Morgan," about a missing Arkansas child who sparked nationwide interest in the 90s, will air this Saturday night at 6:30 on THV11. 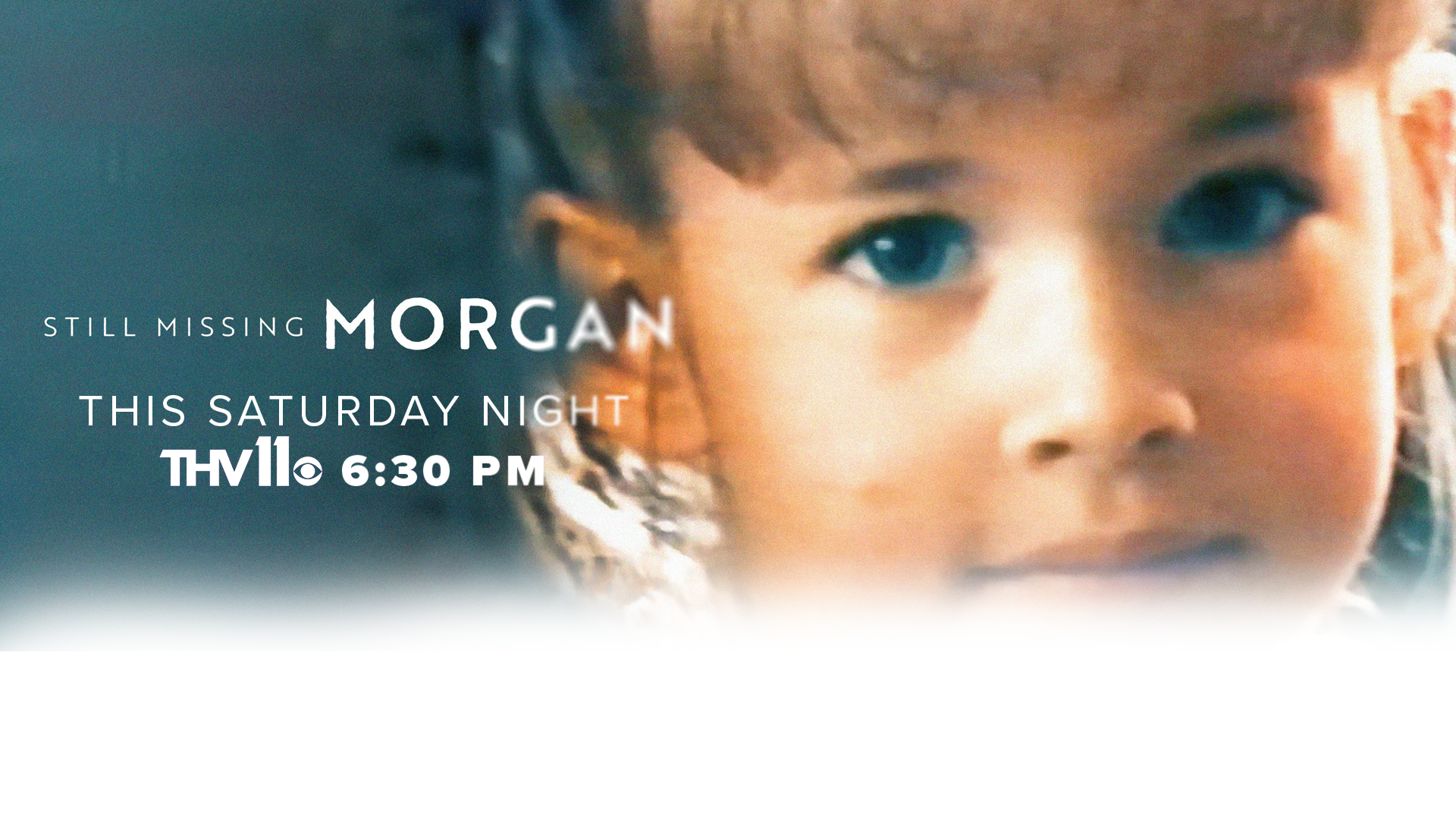 A new documentary, "Still Missing Morgan," about a missing Arkansas child who sparked nationwide interest in the 90s, will air this Saturday night at 6:30 on THV11.

Six-year-old Morgan Nick was abducted on June 9, 1995, while attending a little league baseball game with her family. Morgan was playing just yards away from her mother Colleen in the stands. Within minutes, she disappeared.

More than 25 years later, police are still searching for answers and following leads.

"Still Missing Morgan," filmed by Arkansas native Devon Parks, reveals new details from law enforcement and the Nick family that have never been shared with the public. When a new chief is appointed at the local police department investigating her disappearance, a different approach to the case brings new hope to the search for the first time in two decades.

The film has been in production for almost two years, with over 100 people helping with the documentary. Parks says crews followed Arkansas and federal officers for several months as they investigated the case.

"Still Missing Morgan" will give viewers an unprecedented look inside the open case where invaluable access to the investigation will be showcased and promising leads discussed.

"Viewers aren't watching something that's happened already, they're part of history in the marking," Parks told THV11 northwest Arkansas sister station 5NEWS. "They are along for the ride with the family of a missing child, the investigators searching for her, and the information as it's pieced together like a puzzle."

"Still Missing Morgan" will not be available for replay online at this time. You can also watch it live on THV11 through Paramount+. Be sure to tune in for the highly anticipated show.