Companies are asking customers to conserve water as a measure to protect the system as the ground begins to warm and pipes begin to thaw. 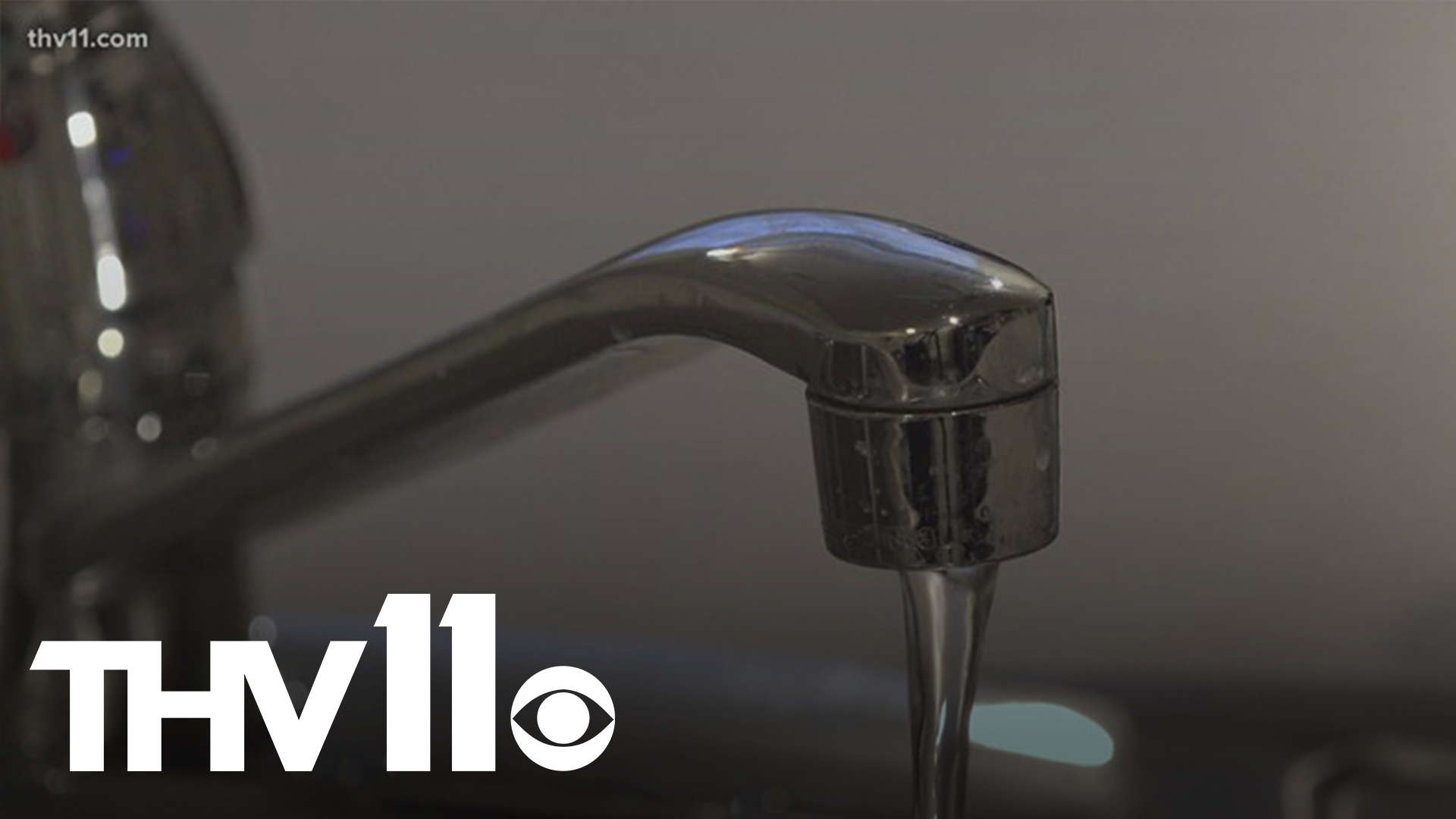 LITTLE ROCK, Ark. — This week’s winter weather event has caused an unusual strain on the energy, gas and water utilities of many Arkansans.

Companies are asking customers to conserve water as a measure to protect the system as the ground begins to warm and pipes begin to thaw. The ability to treat the water to keep up with demand will place a heavy burden on the system as those frozen pipes thaw.

"It's kind of one of those trade offs where we're asking folks to conserve a little bit of water at this point to prevent something worse from happening down the road," Central Arkansas Water Public Affairs Director, Doug Shackelford, said.

Central Arkansas Water (CAW) has reported several breaks of varying size that were discovered overnight Thursday into Friday morning. Many of these breaks were in commercial buildings that have been unoccupied during this weather event, according to Shackelford.

"What we are seeing is just a multitude of smaller breaks that are again either under the snow or maybe in the basements of some of these buildings that simply haven't been identified yet," he said.

CAW expects to see numerous breaks as the temperature changes over the coming days, exposing leaks or creating new leaks.

As more leaks appear, it can result in substantial water losses throughout the system. Those losses make it difficult to fill the system fast enough to keep up with customer demand as well as the lost water.

Shackelford said the biggest concern for water supply is in the downtown Little Rock area, which is why crews are out trying to spot leaks, and why they advise you to check on any offices or buildings that haven't been used this week.

"We certainly recommend to check out that building to make sure that there isn't a broken pipe in there that's been flowing water for a little while," he said.

Another recommendation is if you have a pipe burst in your house, shut off the meter.

Also, Shackelford said, to hold off on the things that can wait like running the washing machine or dishwasher.

"We really need the public to help us kind of get through these stressful phase over the next few days as the system is going to be taxed," he said.

Shackelford said customers may also experience discolored water. It is safe, but it may stain clothing. He suggested you turn on the faucets and flush the toilet a couple of times to try to clear it out.

Overnight Yell County officials requested over 2,000 gallons of water, according to Moudy, as their three main storage tanks continue to drop.

"We've got two National Guard tankers coming to Danville to take care of the nursing home and the hospital," he said.

The supply reaching such a critical level, Moudy said, that the city's poultry plant remains shut down because there's not enough water to run it.

"The bottom line. People have got to conserve water during this horrible time of year right now," he said.

This request to conserve water is in line with other utilities across Arkansas and several other states that have seen breaks in their systems during the unprecedented weather event.

The request for customers to conserve is to try to eliminate the need for future boil water notices. Some cities have already placed a boil order advisory as conditions may have made water that comes from the tap contaminated, which could make you, your family and your pets sick.

Specifics of a boil water advisory might be given by different communities, but you can find verbatim standard recommendations from the Centers for Disease Control here.