The murals on 7th Street in Little Rock have been defaced several times in the last few months. 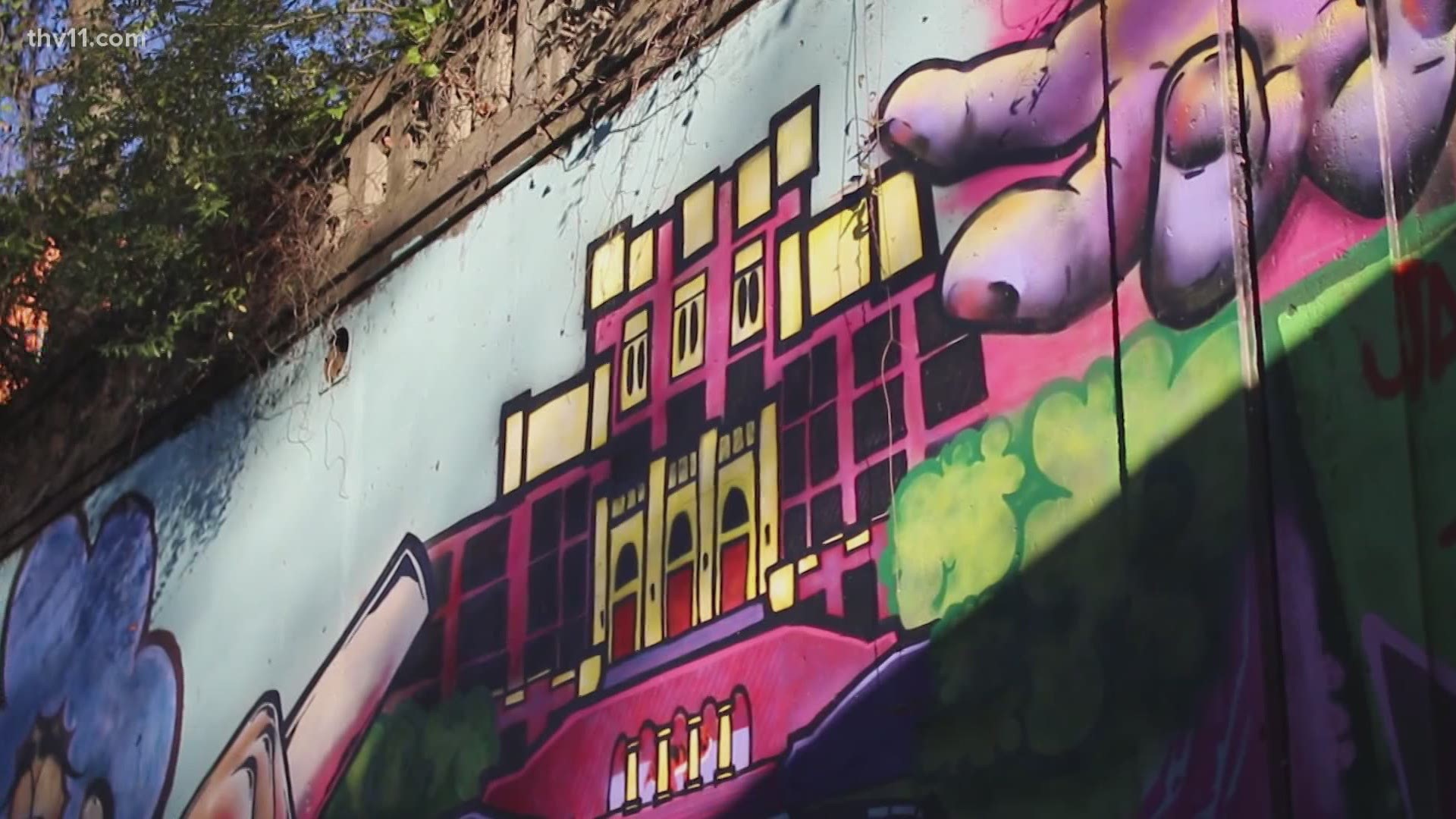 LITTLE ROCK, Ark. — Murals with messages of peace and social justice have been popping up along 7th Street in Little Rock since 2016.

But the art really started to spread at the beginning of summer 2020, amid the death of George Floyd and protests across the country, including in Arkansas.

Images of Floyd, along with those of Breonna Taylor, Elijah McClain, and others lost to police violence were painted alongside civil rights quotes and and symbols of unity by multiple local artists.

In the months since, the murals have been vandalized several times with things like spray paint and paint-filled balloons.

Each time, the artists have gone out to scrub away the paint and fix the murals underneath. But now, thanks to some community organizations, the art has a new layer of protection.

The Downtown Little Rock Partnership supplied the artists with a product called MuralShield to apply to the murals, which protects against the sun, rain, and hopefully, vandals. The Arkansas Communities Institute provided a grant to buy an electric sprayer.

RELATED: 7th Street mural in Little Rock defaced for the second time in a week

The artists still have a lot of work to do. If you'd like to donate to them for supplies and assistance, you can send money to $7thstreetmuralproject on Cash App.