The property damage is an estimated $1.5 million, according to museum CEO Kelley Bass. 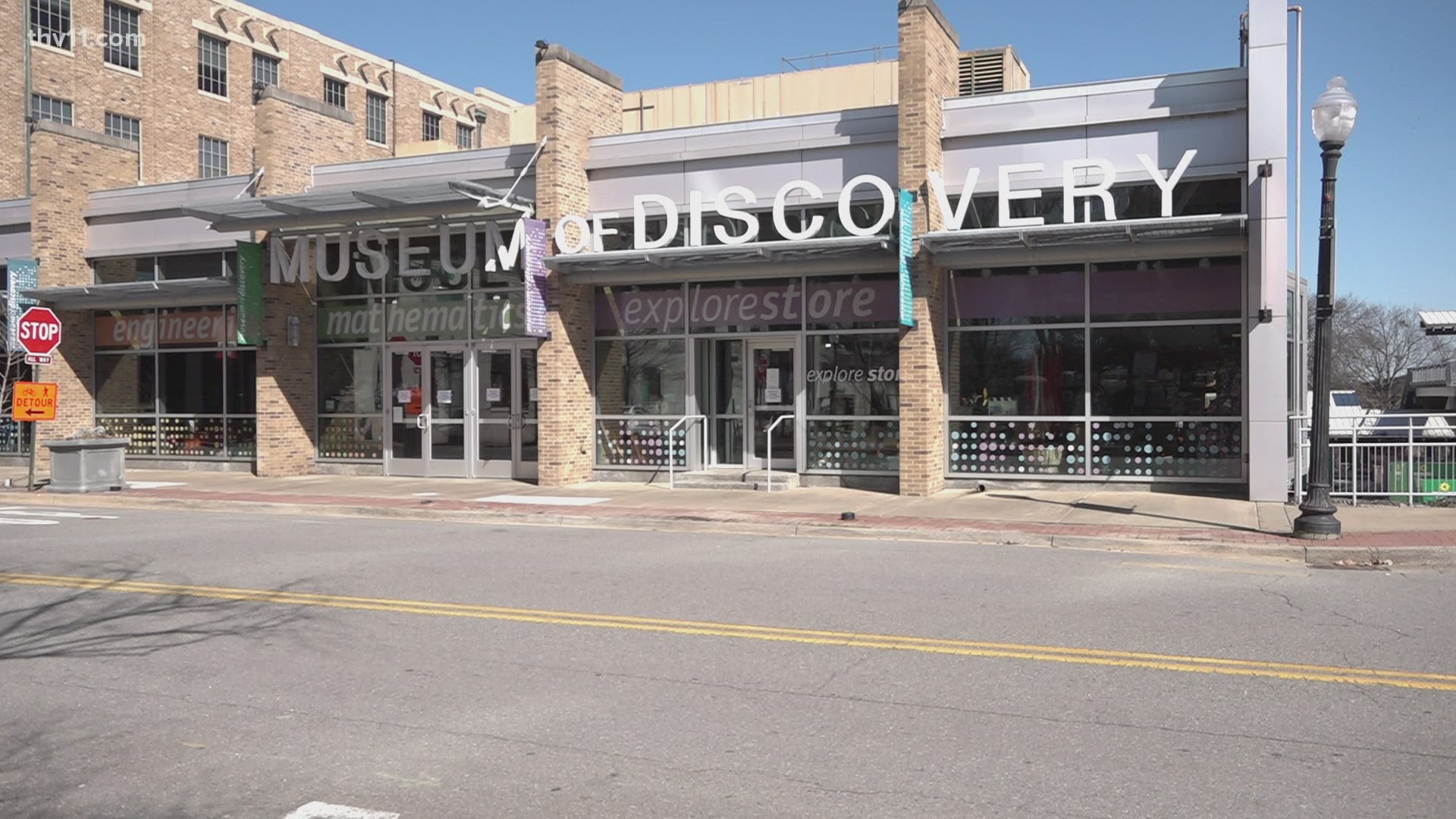 LITTLE ROCK, Ark. — Two weeks after a water pipe burst inside the Museum of Discovery, clean up and initial repairs are underway.

It's been a tough year for the museum, which is located in Little Rock's River Market district.

In 2020, it had to close down for several months because of COVID-19. Just as museum CEO Kelley Bass said admissions were trending upward, the water damage forced another closure that will likely last for months.

"What really hurts is it's coming into spring and that's our busiest season," Bass said. "So it's going to be two straight spring breaks that we will not have those smiling faces in the museum that we see by the thousands and thousands."

"We were closed for the snow," Bass said. "We were coming every other day to take care of our animals."

In a video posted the following day on Facebook, a museum staffer described the water as "raining down."

Bass said it spread through much of the museum's eastern half, which includes galleries, theaters, and offices.

The property damage is an estimated $1.5 million, according to Bass.

As crews tore out walls and pulled up floors on Wednesday, museum staffers examined the exhibits to see which ones were spared.

"The other thing is if it works today is it going to work in two months after that water has soaked into it," Bass said.

But even with that uncertainty, he has hope for what lies ahead.

And he hopes that results in an enhanced guest experience once the doors reopen.

"Know the thing we miss the most is seeing your smiling faces," Bass said.

While there is no timeline on when the museum will reopen, Bass hopes it is ready for summer camps in June.

Insurance is expected to cover most of the property damage, but the museum needs help covering revenue lost from the extended closure. For more information and to donate, click here to visit the GoFundMe page.