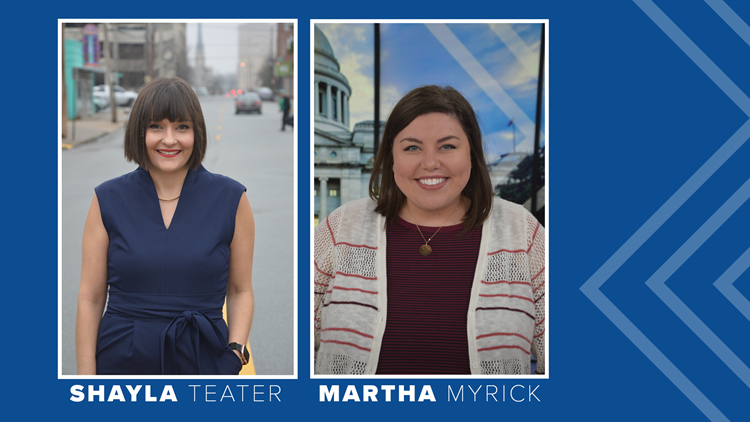 Teater, a North Little Rock native and graduate of the University of Missouri, started at THV11 in 2007 as a news producer. Through a series of roles and a short stint in Greensboro, N.C., she served as Senior Executive Producer and Assistant News Director for the last seven years.

In those roles, and among a host of responsibilities, Teater, an EMMY Award recipient, helped launch multiple newscasts, coached dozens of journalists, and led teams covering major events pivotal to Arkansas’s history. She has also led teams that garnered Regional Edward R. Murrow Awards and many Associated Press awards.

Myrick, another EMMY Award recipient, started as an intern at THV11 before being hired as a news producer. Later, she produced for WESH in Orlando, FL, covering a number of breaking news events including the Pulse Nightclub shooting and Hurricanes Matthew and Irma.

In 2018, Myrick returned to THV11, being named the Executive Producer of Special Content; in this role, she launched the station’s lifestyle show The Vine. She has since received a TEGNA Award for Innovation, as well as recently being named Innovator of the Year at THV11. Her work on a unique mayoral debate among Little Rock candidates in 2018 led her to a Regional Edward R. Murrow Award for Innovation.

Myrick is a native to Hot Springs and graduated from Henderson State University.

Teater and Myrick share a passion for keeping communities safe and informed. Schack said, “They’re natural fits to lead our evolving and innovative newsroom. I’m proud that we were able to promote from within and look forward to big things in 2020.”

Both team members have served in these roles on an interim basis for a number of weeks, but they’ll officially assume the duties this week.