Residents fear that having a gas station on the lot, which is a flood-prone area, would destroy the lake system and contaminate neighborhoods. 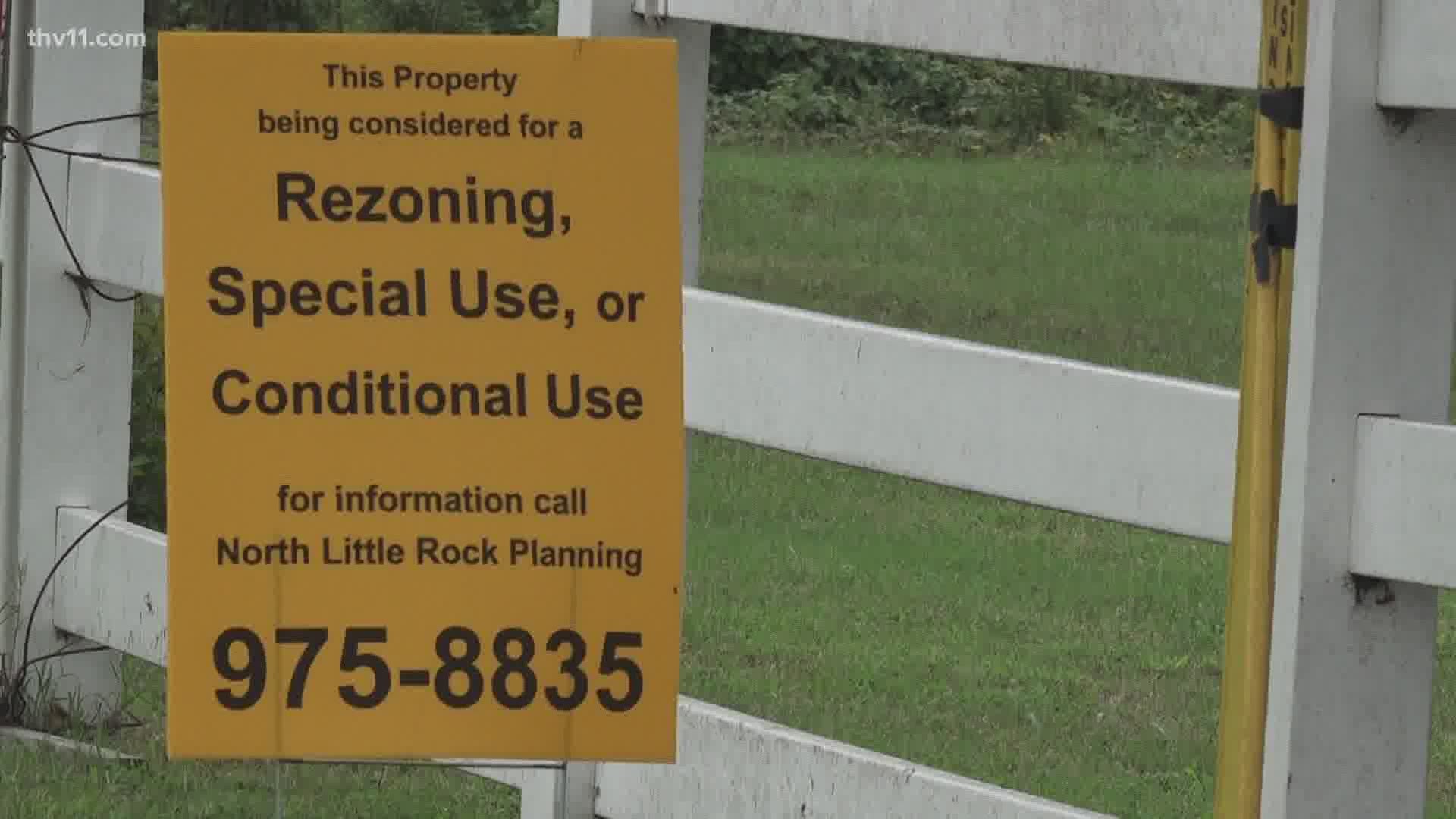 The lot at the corner of Waterside and North Hills, owned by NLR Planning Commission Chairman Norman, is up for rezoning come September 8.

The rezoning failed in 2017 and residents were told it was off the table for good.

But now, a group of about 800 NLR residents want their voices heard.

They fear that having a gas station on the lot, which is a flood-prone area, would destroy the lake system and contaminate neighborhoods.

A lake sits behind the lot with a 30-ft tall levy working to hold back the water.

“I think it’s criminal to put something on the table and try to sneak it in,” said Tiffanie Nelson, a resident.

Nelson lives around the corner from the property. She’s one of many who are against the rezoning of the land.

She said her biggest concern is with underground gas tanks in the flood-prone area that it could cause harm to her community.

“The run-off from the lake that runs through the property feeds into the wetlands that fan out into all the communities all the way to the Arkansas River. It’s not just Lakewood who’d be impacted,” said Nelson.

However, Clifton said he’s worked diligently with city leaders to safely plan for a Circle K, which is a gas station and convenient store.

“I’ve asked if there have been any environmental problems around that site and there has not been,” said Clifton. I’ve also been told it will be permissible as long as the installation regulations are met by the ADEQ and they could permit it.”

The proposed plan brings more concern like an increase in traffic and a decrease in home value.

While much of the community plans to fight it, Clifton hopes the city will see the value of it.

“It would be convenient,” said Clifton. “Obviously, it would increase the sales tax revenue.”

“It’s not that we are fighting city hall. We are protesting city hall, saying listen to us. We live here,” said Brenda Leger, NLR resident.

If the planning commission votes yes, it then goes to the city council.

We’ve made multiple attempt to get in touch with the commission to determine if Clifton will recuse himself from voting. We have not heard back.