The $37,000 would be used to buy first-aid kits and 40-millimeter grenade launchers, which fire sponge grenades. 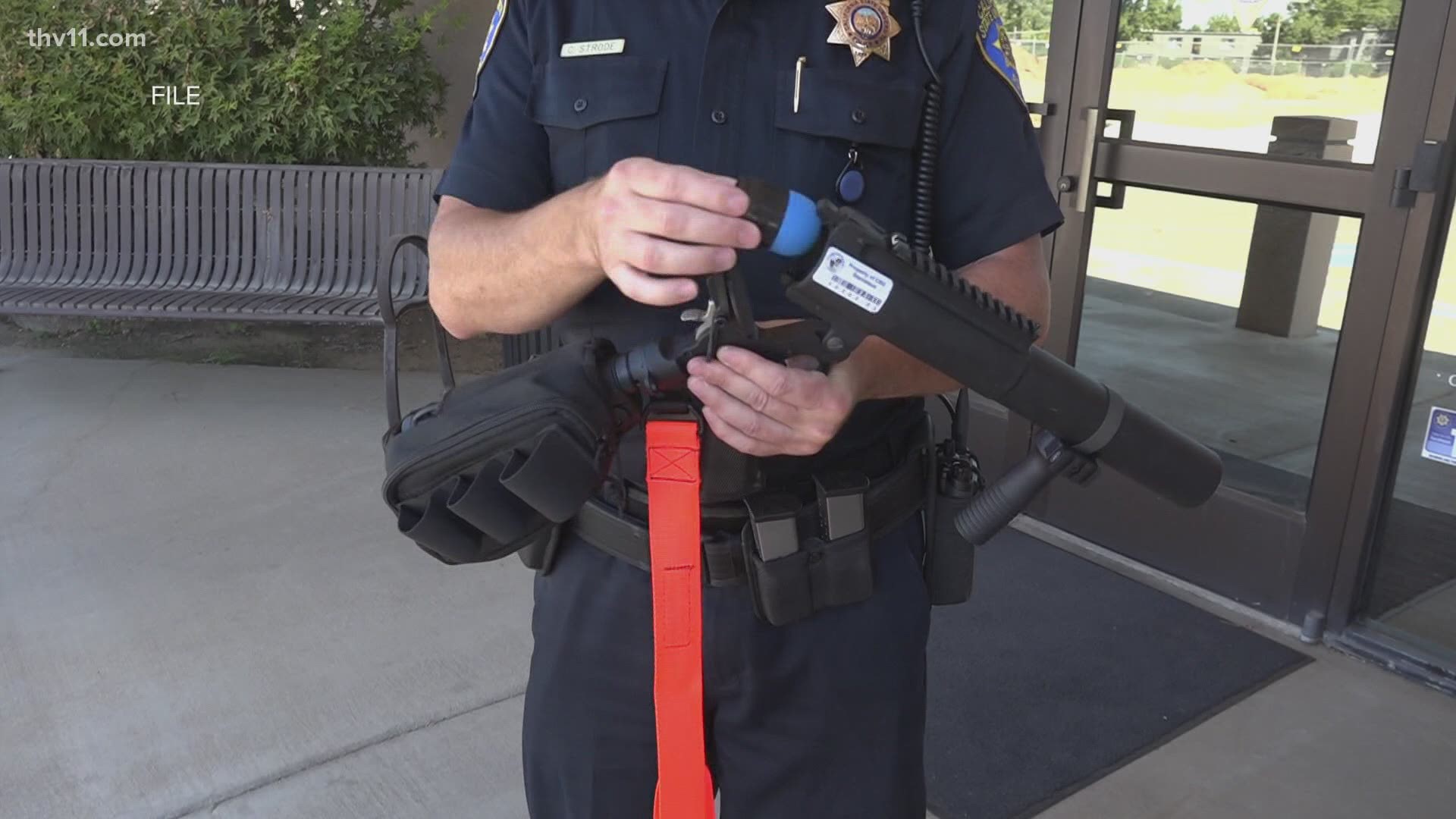 The end goal is to have a sponge launcher in every officer's car.

RELATED: Task force meets to discuss what should change within Arkansas law enforcement

On Monday, Aug. 10, the City Council voted unanimously to allow the North Little Rock Police Department to apply for this $37,000 grant.

Even though their long-term goal is going to take a lot of money and time, Public Information Officer Joe Green said it's worthwhile.

"We're always looking to be more progressive and we also want to provide a safer environment for the citizens that we serve," he said.

It's out with the old and, hopefully, in with the new for North Little Rock police officers, according to Green.

"We've been using 870 shotguns for years. I've been a police officer since '93 and we've been using it since then, and it's time we move forward," he said.

The $37,000 would be used to buy first-aid kits and 40-millimeter grenade launchers, which fire sponge grenades.

"These sponge grenades, they're a kinetic energy type weapon where it will not puncture the skin. It's like getting punched extremely hard," he said.

Right now, according to Green, the department uses shotguns that fire rubber bullets and beanbags, which can possibly break the skin.

"What we want to do is we want to go away from that because we don't think it's as safe, accurate, and as effective as the sponge grenade," he said.

Officer Green said these sponge rounds do have the capability to seriously injure someone, if it's not used within the standards laid out.

"If you use it within the protocols that are set forth by the action manufacturer, all it's going to do is knock the person down, maybe cause some bruising, and it's not going to puncture the skin," he said.

According to Green, the grenade launchers can be used for crowd dispersal, riot control, or when someone is coming at an officer with a blunt-force trauma weapon like a knife or stick.

The department believes this will uphold their number one priority of keeping as many people safe as possible.

"The suspect, number one; the community in general, number two; and also, the officers," he said.

Green said it could take four to five years before the department is fully equipped.

The department is currently seeking 20 grenade launchers under this grant, but hopes to equip its 190+ officers with these nonlethal weapons in the years to come.