A North Little Rock taxidermist's wood sculptures have gained him worldwide acclaim. He attributes his skills to work as a dental technician for over a decade. 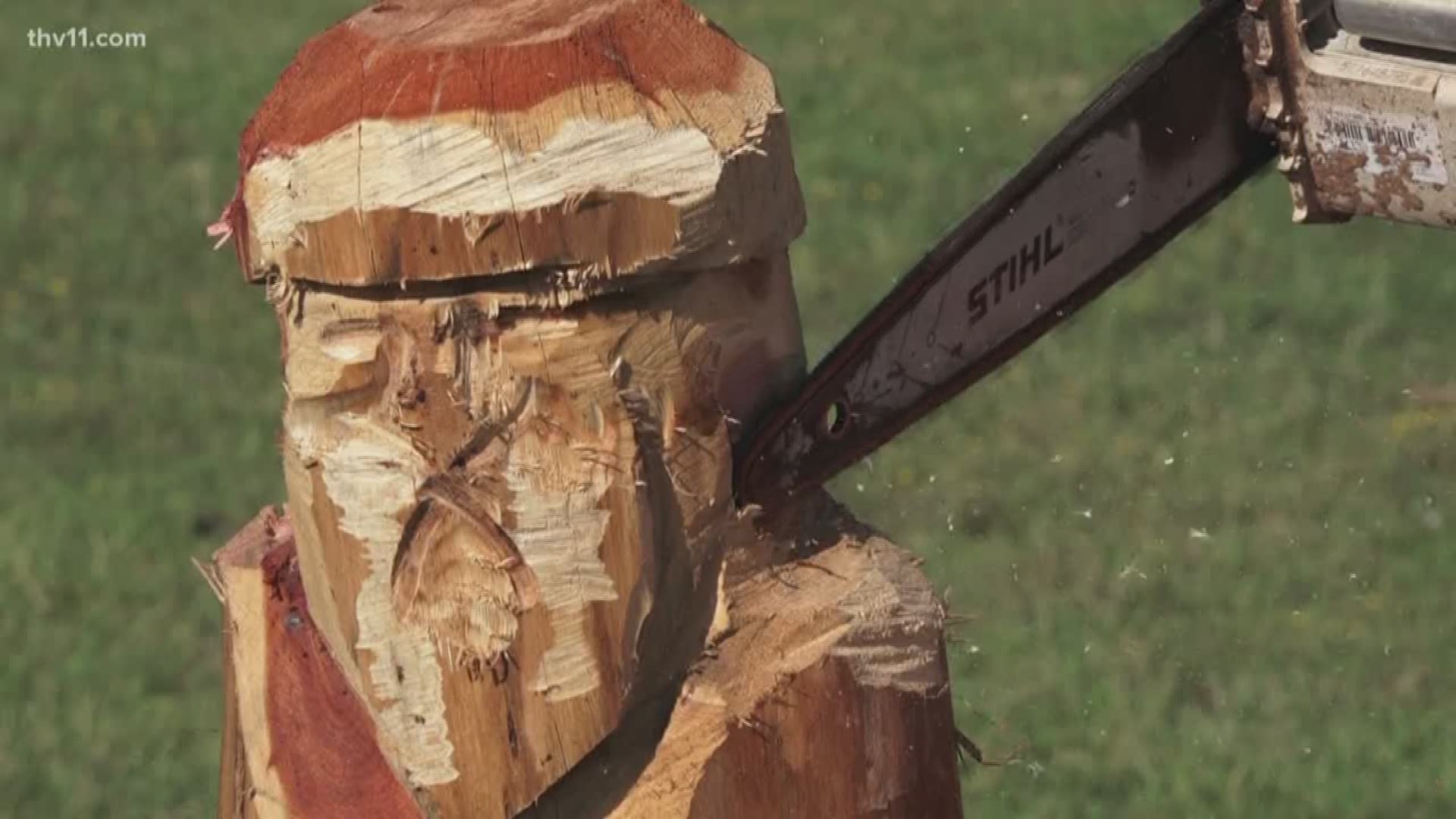 If you've been around North Little Rock lately, you might have noticed some incredible wooden sculptures popping up. Lee Halbrook, the man behind these unique creations, is a part-time award-winning chainsaw carver and full-time taxidermy artist at Chipmunk’s Taxidermy.

“I am what’s called a finished artist where I do the fish and the artistic work on the deer and mammals,” Halbrook said. “It’s almost like putting makeup on them and we make them look alive again.”

Lee is a natural artist who came by his artistry in an out of the ordinary way. He attributes his skills to work as a dental technician for over a decade.

The profession taught him attention to detail, which is now the mark of all of his work. It’s the reason people from all across the state have hired him to carve everything from faces, praying hands, leprechauns and more from old trees. Halbrook said most of his creations are three to six feet tall and take two to three days to complete.

“I saw Lee doing some eagles and so I drove up to him, introduced myself and I told him I was going to make him famous,” Hartwick said.

That's exactly what's happened. Hartwick hired Halbrook to create a putter boy out of a tree that was about to be cut down at the Burns Park Golf Course.

The community response was so positive, Hartwick hired Halbrook for a second project, a much bigger project than the first. The next project was also at the Burns Park Golf Course where Halbrook was hired to take a very large tree and turn it into a golf ball on a tee. The major project took Halbrook 88 hours to complete.

After the second success, Hartwick hired Halbrook, again, to do a sign at The Old Mill. Halbrook made a sign out of a tree that included a detailed drawing of the iconic Old Mill. It was that sculpture that started getting Halbrook attention from outside of the United States. He started getting clients from as far away as Dubai and Ghana.

Yet, while people all over the world keep calling him, he said he is most honored to create in his hometown. Lee was born and raised in North Little Rock.

“I love to create things and make people happy,” he said. “I love carving.”

Hartwick said he would like to hire Halbrook again when the opportunity arises. He encourages the North Little Rock public to email him if they have an idea for the next design Halbrook could make. Halbrook also specializes in painting, drawings, clay sculpting, stone carving and more. You can contact him at 501-270-0369 or leehalbrook@gmail.com.