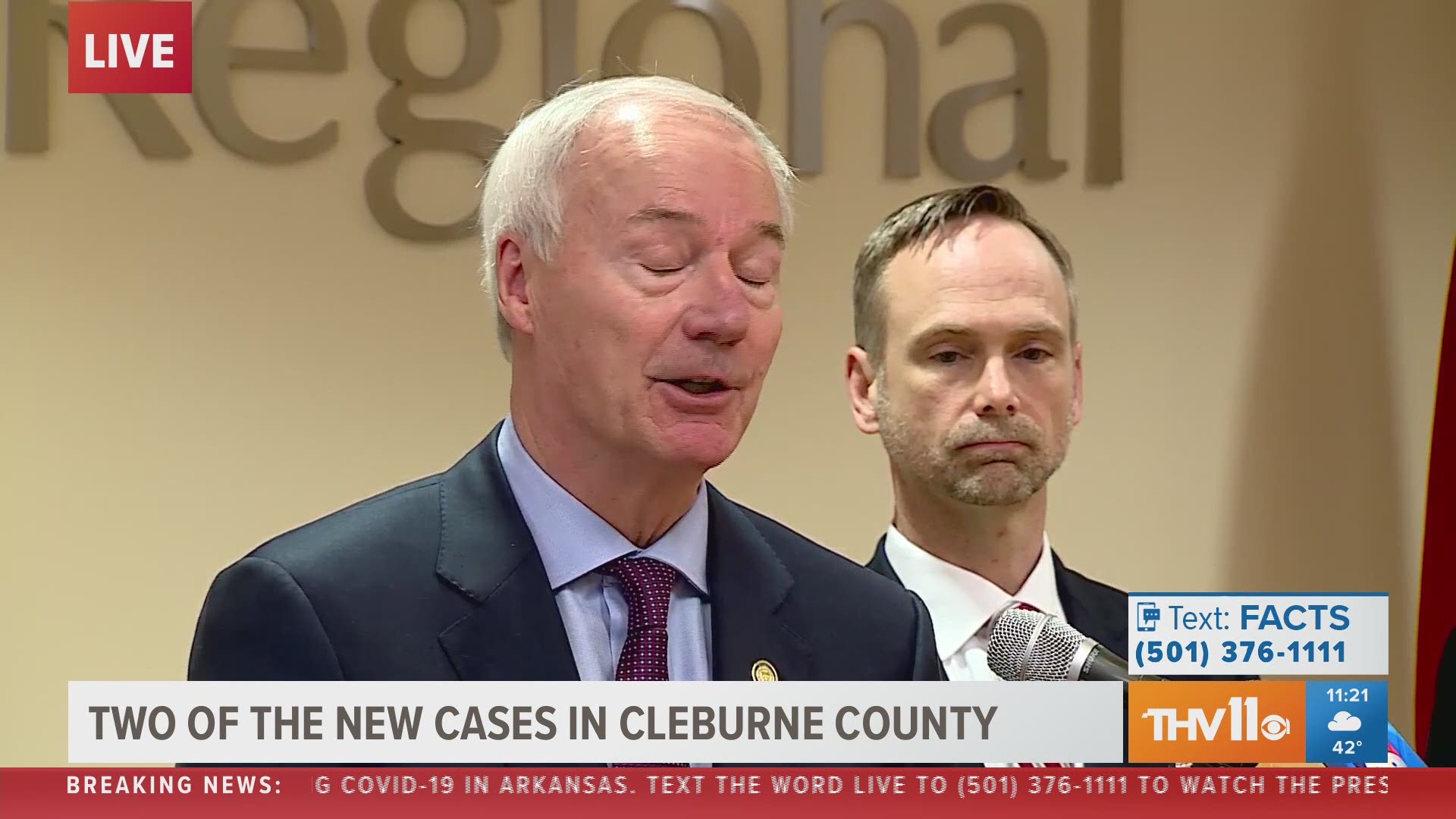 In a statement, the mayor said the proclamation is in response to Governor Asa Hutchinson's public health emergency that was announced on March 11.

The statement also mentioned that the City of North Little Rock "strongly discourages any non-essential persons from attending" the city council meeting on March 23.

If you have a concern or a question you would like to bring up during the meeting, you can contact the North Little Rock City Clerk’s Office before March 23.

Little Rock Mayor Frank Scott Jr. announced Monday that the city is implementing a city-wide curfew that will begin on Wednesday, March 18.

Governor Asa Hutchinson announced in a press conference Monday morning that of the six new cases, two were in central Arkansas and two were in Cleburne County.

To read live updates on the coronavirus outbreak in Arkansas, you can click here.

RELATED: Small Ark. businesses can apply for up to $2M loan if affected by coronavirus measures