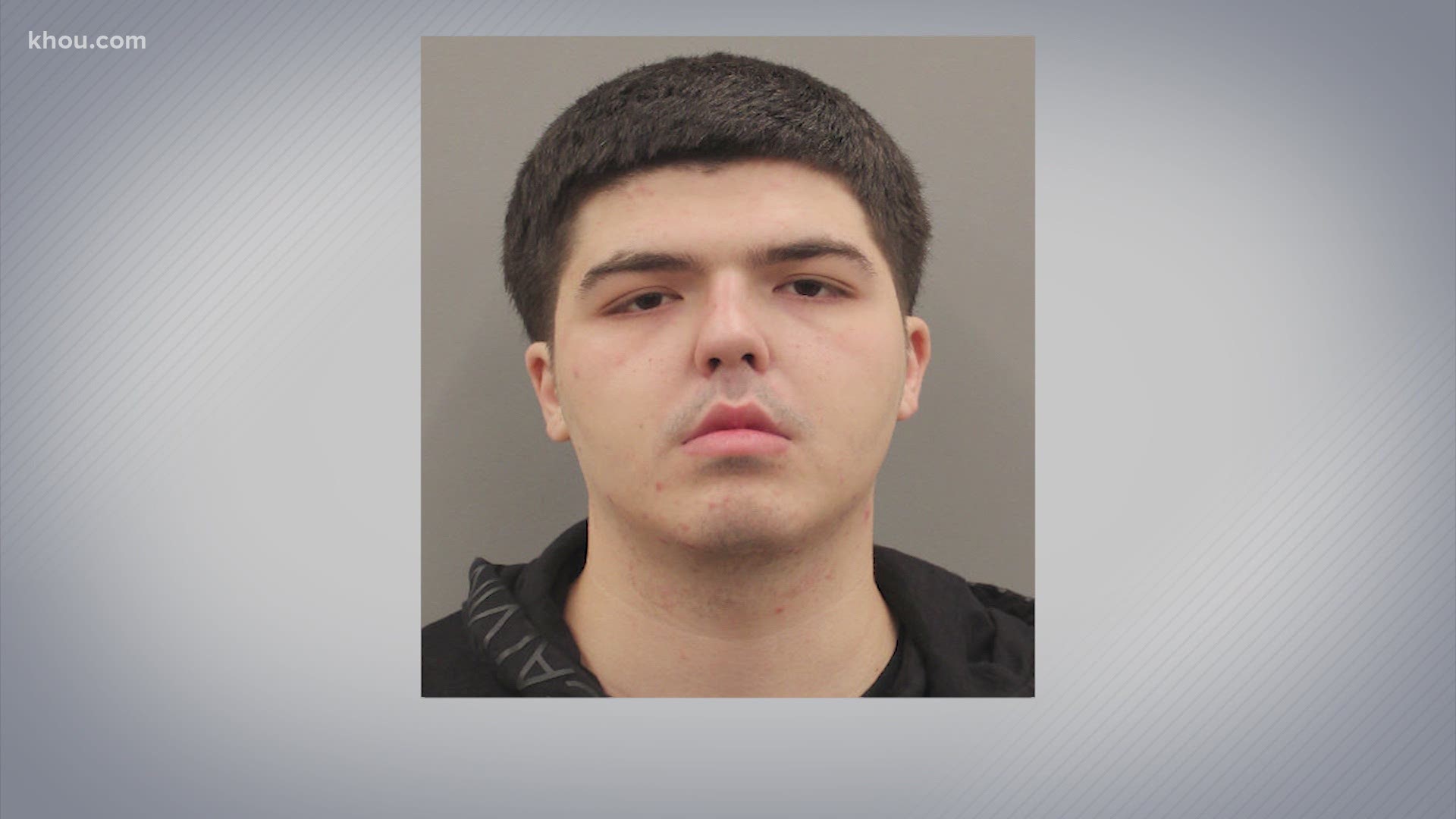 HOUSTON — A man accused of shooting his ex-girlfriend in northwest Harris County has turned himself in, according to the Harris County Sheriff's Office.

The sheriff tweeted that Mann Austin Hayes, 21, was taken into custody without incident for the shooting death of Julie DeLa Garza, 20. He had already been charged with aggravated assault with a deadly weapon. Sheriff Gonzalez says those charges are being upgraded.

Wednesday night, the sheriff's office confirmed Hayes turned himself in at his attorney's office.

RELATED: HCSO: Woman dies after being shot in the head by ex-boyfriend; suspect still on the run

Breaking News: Hayes has been taken into custody without incident. The initial charge is being upgraded to Murder. #HouNews #lesm https://t.co/hNIWC0z8Gi

The shooting, which initially was thought to be a case of road rage, happened at about 2 p.m. Sunday along the Northwest Freeway/290 near Spring Cypress.

Deputies said DeLa Garza was riding in a pickup with her current boyfriend when the suspect pulled up behind them and opened fire.

Garza’s current boyfriend said he saw the suspect before shooting. He said Hayes was following them and eventually opened fire on the back window of his truck.

Hayes fled the scene and had been missing until Wednesday.

Editor's note:: An earlier version of this story indicated that Hayes had been arrested. Late Wednesday night, the sheriff's office confirmed he had turned himself in.