After 28 months and a production cost of almost $100 million, the Oaklawn hotel and casino is done. 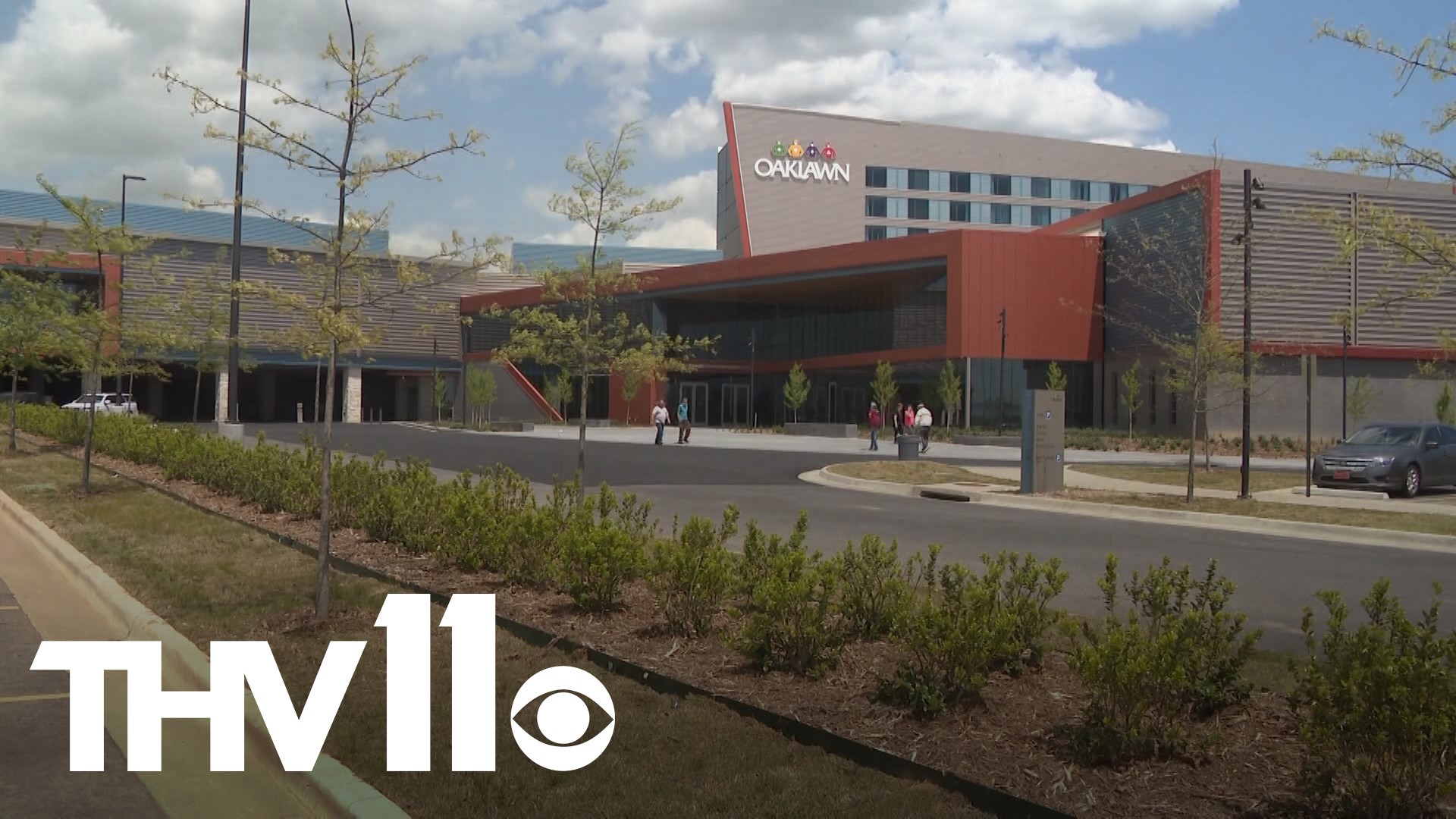 HOT SPRINGS, Ark. — After 28 months and a production cost of almost $100 million, the Oaklawn hotel and casino is done.

"So the plans were obviously, we thought were really good," Wayne Smith, the general manager at Oaklawn, said. "The actuality is even better."

Some parts have already opened up. The expanded casino floor was open when THV11 crews were given a tour Tuesday afternoon.

Other's are still in production. The spa and pool centers aren't ready yet, as COVID and production issues kept some parts from finishing on schedule.

The opening of the hotel, already pushed back from its original opening date in December, was something that has had Smith anxious for months.

"Oh, highly nervous," he said. "We had many, many meetings where things were, 'OK, OK, not OK,' lots of change, so the one thing we really resorted back to was adaptability."

And that adaptability paid off. Smith says even before the official opening, he's heard nothing but compliments so far, and that's made this process worth it.

"You know, all who've been involved in this will take a deep breath when everything's open," Smith said. "But for right now, hearing the words that I mentioned earlier of people coming into the building for the first time, that's very rewarding to us."

A dedication ceremony is scheduled for Wednesday morning at 11 a.m. at the newly completed event center at Oaklawn.

Smith did not provide a timetable for when the unfinished parts would be completed but did say it would be soon.