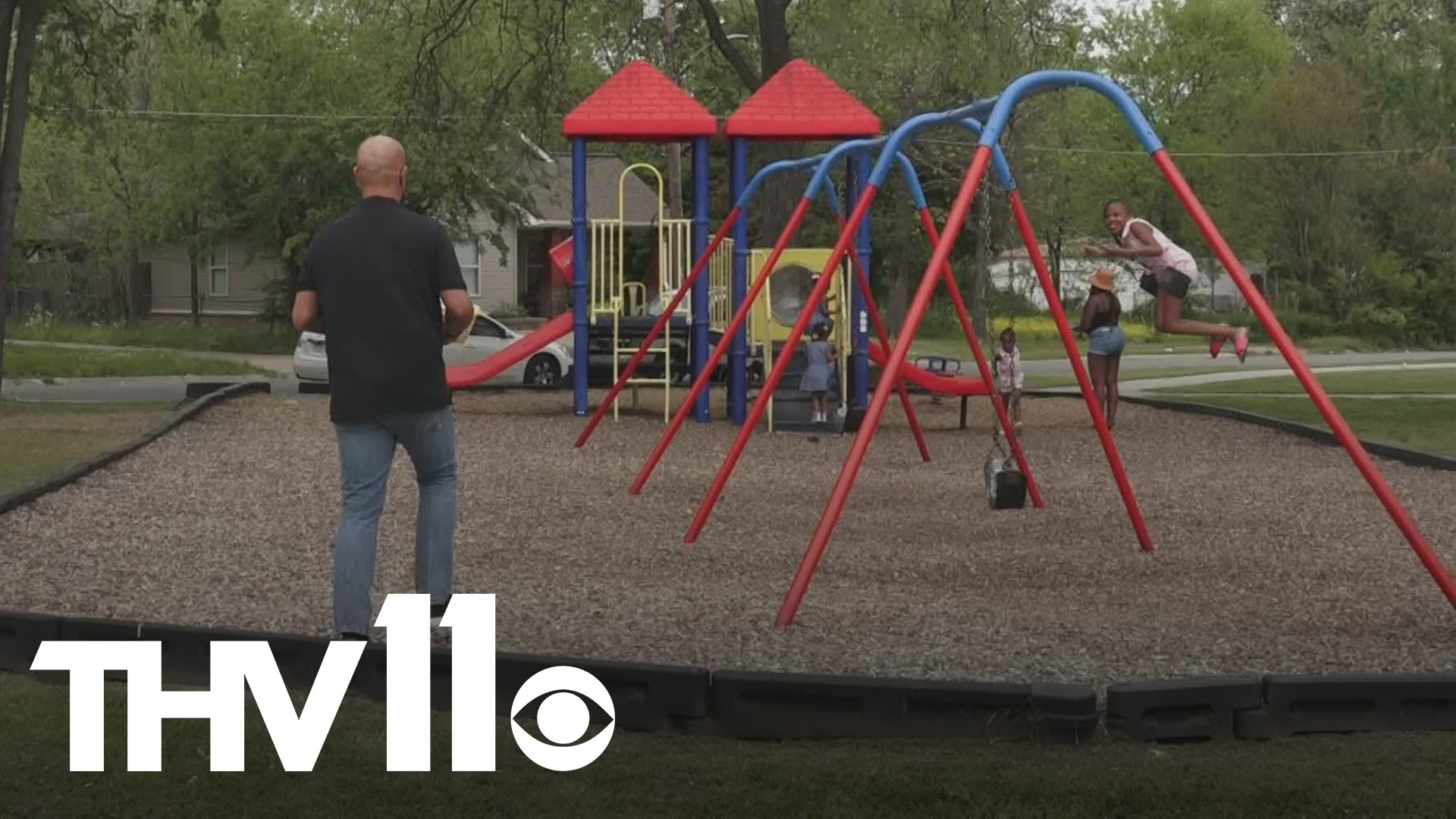 Officer Norman is known worldwide for his efforts in bridging gaps between he and his community, with more than 1-million followers on social media.

He made his rounds in the streets of North Little Rock on Thursday afternoon. He delivered gifts to those who he calls "friends”.

"You know, the ultimate goal is for police departments and the community to be a family,” Norman said.

Every day he’s consistent. He makes visits with old and new friends, but it's not always easy and it takes quite a bit of effort.

“I think one of the things we are lacking, not only as police officers, but humans too, is commitment,” Norman said.

“So, if I’m in his neighborhood today, then I need to come back tomorrow. It’s not going to happen overnight. It's going to take police officers not living in their police cars and getting out to know people."

Cassandra Hines became friends with Officer Norman in 2011 when she was only 11 years old.

Now, she's a mom to her own kids with that same connection and trust.

"He's always been exactly who he is now,” Hines said.

Cassandra sees the nation hurting, taking us back to George Floyd’s final moments in Minneapolis.

"It's a mess, It's sad, It's frustrating as a parent seeing this man on national television calling for his mom,” she said.

Over the years, Hines has seen a lot of change and trust built in her own community because of Norman.

"A block a day," Norman said. "Today you walk one block. Tomorrow you walk another block. Or if you don't have time to walk, get out and talk to people for a few minutes. Get to know their stories."

Much of his community interaction is on his own time whether it's a simple hello or attending a birthday party.

It’s something he knows officers in other cities can do too.

"You want people in the community to see you as a human being," Norman said.

"At the end of the day, it's not so much about the badge on your chest, but it's about your heart. That's who you are.”