According to the fire department, the Goldman Recycling building in Little Rock was "fully engulfed" and creating a large dark cloud of smoke Tuesday evening. 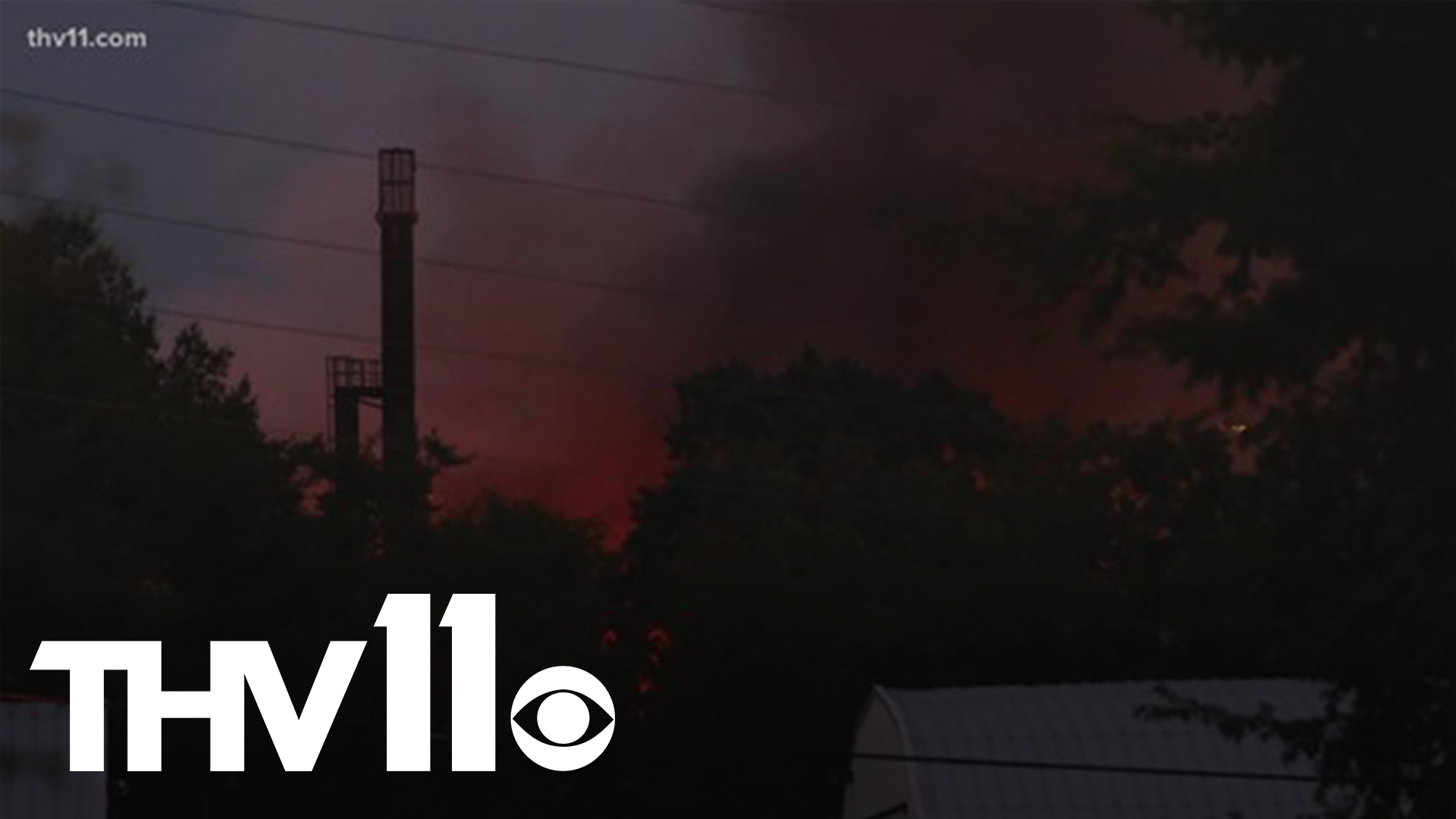 LITTLE ROCK, Ark. — According to the Little Rock Fire Department, the Goldman Recycling building was "fully engulfed" and created a large dark cloud of smoke on Tuesday evening.

He said employees began driving trucks out of the parking lot to avoid fire damage.

No injuries have been reported.

According to the fire department, the fire started in the metals warehouse and propane tanks exploded, which was put out.

Due to the fact that a plastic warehouse may have also caught fire, a hazmat team is on the scene to check for any chemicals in the air.

Two employees at the recycling center were the ones who initially felt the heat and ran across the street to call 911.

As of 7:30 a.m. on Wednesday, the fire continues to burn. The fire department says they expect the burn to continue throughout the day.

#DEVELOPING: I’ve counted 3 more trucks come to aid in getting this fire under control since @littlerockfire Chief Hubbard told me 10-12 were already here. Drivers should stay away from Goldman’s Recycling— Hubbard last told me that the fire is not yet under control. pic.twitter.com/mYaYh6Mr2N