A US official told the Associated Press that there are very few, if any, casualties from the Iranian attack. 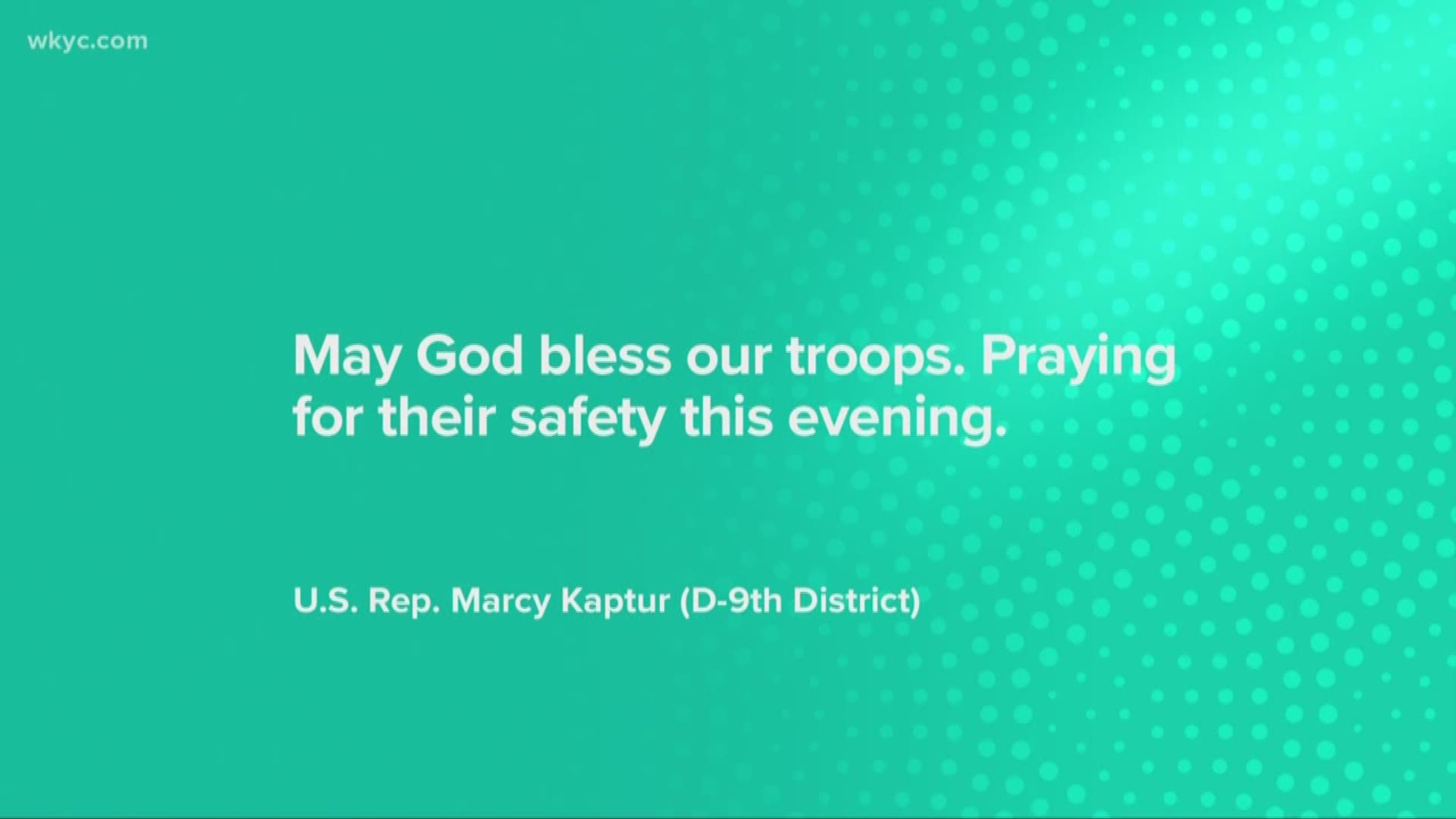 CLEVELAND — As more news starts to come in about a missile strike from Iran that targeted at least two airbases in Iraq where American troops are stationed, some of Ohio's U.S. Representatives have posted their reactions on social media.

No official information about possible casualties or injuries has been released, however a US official told the Associated Press that there are very few, if any, casualties from the Iranian attack.

The Pentagon said it is still working out initial damage assessments.

The White House released a statement saying President Donald Trump has been briefed and is monitoring the situation and consulting with his national security team.

RELATED: Trump tweets 'all is well' after Iran missile attack on bases in Iraq

Iran state TV said its military had launched "tens" of surface-to-surface missiles at the Al-Assad base, according to the Associated Press. State TV described it early Wednesday as Tehran’s revenge operation over the killing of Revolutionary Guard Gen. Qassem Soleimani.

Here is a sample of the initial reaction from some of Ohio's members of Congress:

RELATED: US Army says fake text messages about a military draft are being sent around

RELATED: How did tensions get this high between Iran and US? Here's a history cheat sheet