Monday's protest has been peaceful so far. 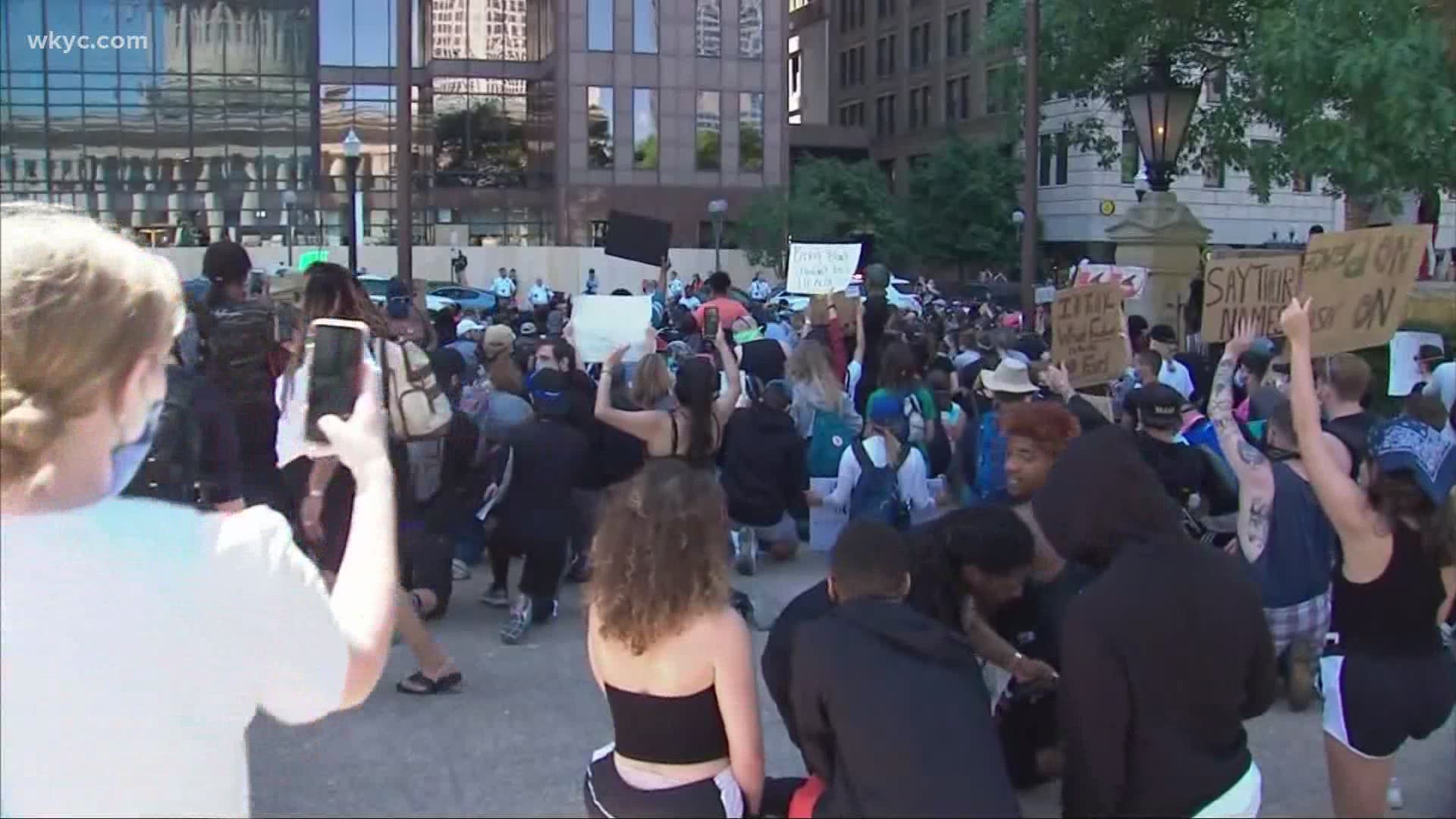 Monday's protest has been peaceful.

Hundreds of people gathered at the Statehouse and surrounding area Sunday for a fourth straight day of protests.

Just before 8 p.m. Sunday, law enforcement officers arrived in large vehicles on Broad Street near High Street and told people to get off the street.

Water bottles were thrown at officers, pepper spray was used by the officers and the crowd left the immediate area.

State troopers were on the steps of the Statehouse Sunday. The Ohio National Guard was seen in downtown Columbus after Governor Mike DeWine called them in on Saturday.

People have been protesting following the death of George Floyd in Minneapolis.

Derek Chauvin has been charged with third-degree murder and second -degree manslaughter in the death of George Floyd.

Chauvin was captured on camera kneeling on Floyd’s neck while he was pleading, “I can’t breathe,” according to the criminal complaint.

You can watch coverage of Monday's protests from our sister station WBNS 10TV below.

RELATED: Hundreds gather at Ohio Statehouse in Columbus for fourth day of protests

RELATED: 'Each of us is part of the problem, or part of the solution': Cleveland schools CEO Eric Gordon addresses killing of George Floyd

RELATED: Toledo's fire chief pens powerful post about serving the city during protests while being black