Alex Bruorton, who faced bullying due to his rare condition, is now a published author that hopes to help other children overcome and ignore hurtful comments. 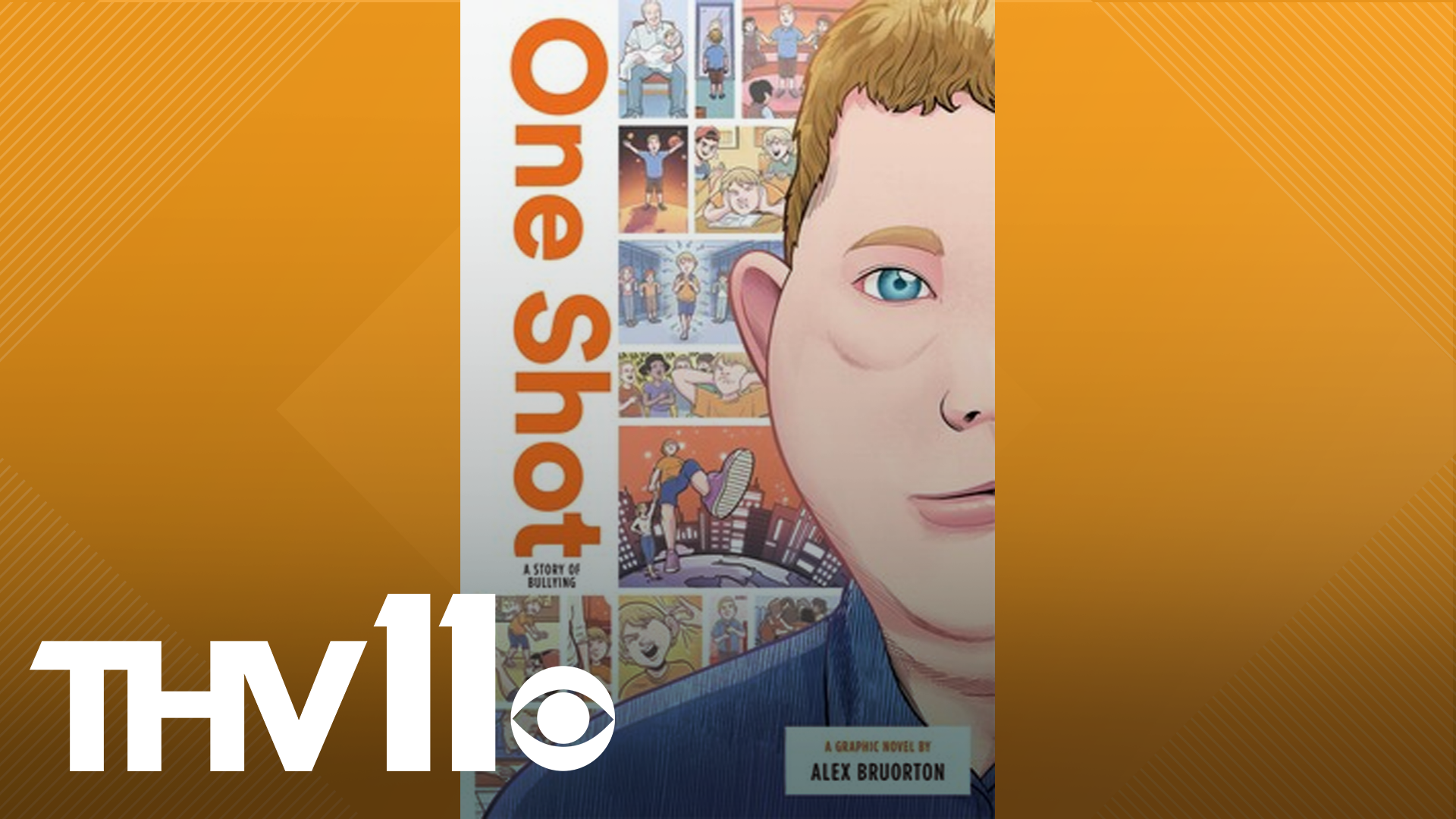 SHERWOOD, Ark. — A 12-year-old Sherwood boy has published his own book about his life that he hopes will help other kids like him going through bullying.

Alex Bruorton is telling his story to the world. We introduced you to him four years ago when he was facing severe bullying at school.

He was born with a rare condition called CLOVES syndrome that causes the left side of his face to never stop growing.

"I had half my entire class always picking on me. It was a rough time in my life," Alex said.

RELATED: Sherwood boy gets special ride to school after being bullied

Alex now does online school at home. The past two years he has been working with Zuiker Press to publish his book "One Shot: A Story Of Bullying."

"It has almost everything in my entire life. All my struggles," Alex said.

Alex learned to ignore hurtful comments from others. His book details how he overcame all of the bullying.

"I know a lot of other kids can probably relate to my struggles and like people having pretty much a target on their back," Alex said.

The 76-page graphic novel is written like a comic, with Marvel and D.C. superhero artists illustrating the entire book.

"It makes me feel like I'm a superhero," Alex said.

Anthony E. Zuiker is the co-founder of Zuiker Press. He has been working with Alex the past two years to publish the book.

"He's our youngest author to date. He was about nine, ten years old when we actually interviewed him," Zuiker said. "[Alex] said to me, 'Mr. Zuiker I feel like this book has completed me, I now have a purpose in life based on my condition.'"

Zuiker is working on getting the book in schools across the country for free through donations. Slim Chicken's has already donated $5,000 to help out Alex and local schools.

Zuiker knows Alex's story is an important one to tell.

"It's also a lesson for parents to realize some of the trappings of what it feels like to be bullied, to be isolated, to be picked on by adults and educators and children," Zuiker said.

For Alex, this book is his "one shot" at saving another kids life.

"Or maybe a bully can read this and realize it's wrong," Alex said. "And  maybe the bullying rates in Arkansas and U.S. and around the world will go down and maybe people can get some help about it."

If you would like to buy your own copy of Alex's book, you can buy it on Amazon here.

To learn more about Zuiker Press and the rest of its books, click here.