Criticism remains because only 14 of 32 licensed dispensaries have opened, nearly 12 months after application scores were approved 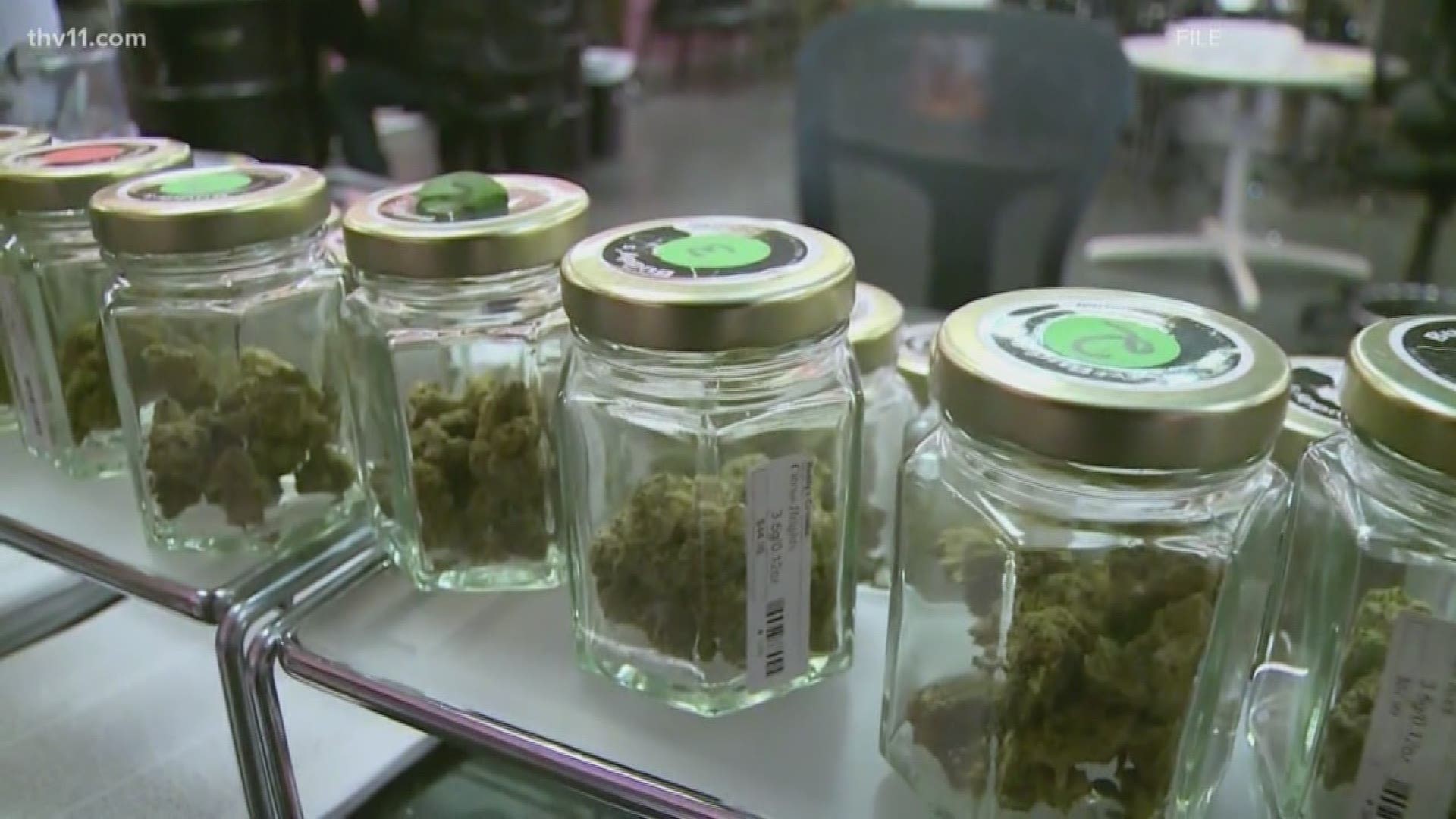 HENSLEY, Ark. — The State of Arkansas made nearly $3 million this year from medical marijuana sales. But as sales expand and more dispensaries open, criticism of the state’s program continues.

“We still kind of get people from all over, and we hear about the frustrations of them having to drive a long way to get their medicine,” Kattie Hansen, CEO of Native Green Wellness, said Monday afternoon.

The frustration is easy to understand when, more than 3 years after voters approved medical marijuana, only 14 of the state’s 32 licensed dispensaries are open. But Hansen is optimistic.

“It’s helping so many patients,” she explained. “And to see the changes with patients that we’re working with closely here, as they come in and out of the facility, it’s been very rewarding. I’ll have to say that. It’s been surprising, to be honest, at the amount of people we’ve been able to reach and to help.”

According to the Arkansas Department of Finance and Administration, which oversees the state’s medical marijuana program, patients have purchased more than 4,200 pounds of marijuana at a price of more than $28 million.

RELATED: Is it legal to have a concealed carry license and medical marijuana card? | VERIFY

Native Green Wellness was the fourth dispensary to open when it first welcomed patients to its Hensley location on June 27 and is third for the amount of marijuana sold.

The Arkansas Medical Marijuana Commission approved the scores of the top 32 applicants in January and issued the licenses shortly thereafter. Its members have contemplated revoking the licenses of companies that do open their doors, though the timing for doing so has not been established.

Hansen said there are a variety of reasons why so few are operating.

“I mean, I think a lot of people started out with funding and then, through the process, they lost funding,” she theorized. “They lost their facilities by not being able to keep the lease open.

“I do know that several people that I know that are opening dispensaries: it’s not like they don’t want to. So, they’re just trying to figure out some things to get open.”

Hansen said Native Green Wellness will soon roll out two initiatives that could make the marijuana-buying process easier for patients who do not have a dispensary open nearby. First, it will start taking orders through its website.

Second, it will offer free deliveries within 100 miles, covering an area that would include El Dorado, Prescott, and Clarendon. It would join Greenlight Dispensary in Helena in offering that service to its customers.

She said a spirit of cooperation among some dispensaries has improved the service patients receive. “I want to share information that I’ve learned,” she stated.

“There’s other dispensaries that’s opened up in the state that I’ve sent my wellness consultants to go and help train them on our point-of-sale system that we’re required to use through the state. I just think it’s about sharing knowledge, you know, and really, us kind of forming a good face to this industry, all together.”

She added that she has offered advice to operators of some of the dispensaries set to open in 2020. Since medical marijuana is a new industry in Arkansas and dispensaries follow different regulations here than those in other states, Hansen argues it was unrealistic to expect the rollout to happen smoothly.

She said she tries to counsel new dispensaries about what to expect during their first day and week.

She hopes patients will continue to be patient and optimistic about how the medical marijuana industry will improve in 2020. “All we can do is listen to our patients, do the best that we can, and offer a good variety of products,” she said. “And I think that’s really kind of what it’s about, is just, you know, kind of keeping your ear to the ground and listening, and kind of monitoring and adjusting from there.

RELATED: Arkansas dispensaries sold $28 million worth of medical marijuana in 2019

“And I know that I’ve had a lot of patients that have traveled a long way to get to us here. And so, if anything, if I can make their experience at another dispensary easier, then that’s what it’s about.”

Hansen said increased supply would also benefit consumers. She mentioned that Native Green Wellness’s first homegrown marijuana strains had just been sent to the lab for testing. She expects them to return in the next week or two and then be available for sale.

There is no target date for either of the dispensaries licensed in Little Rock to open. Herbology, which is supposed to open on Kanis Road, was scheduled for a final inspection with Alcoholic Beverage Control agents in November, but that got delayed and has not been rescheduled.