The overpopulation of stray dogs in rural Arkansas towns | 11 Listens

Lack of funds and an influx of stray dogs have left several Arkansas towns at a loss... some even worrying about closing their only shelter. 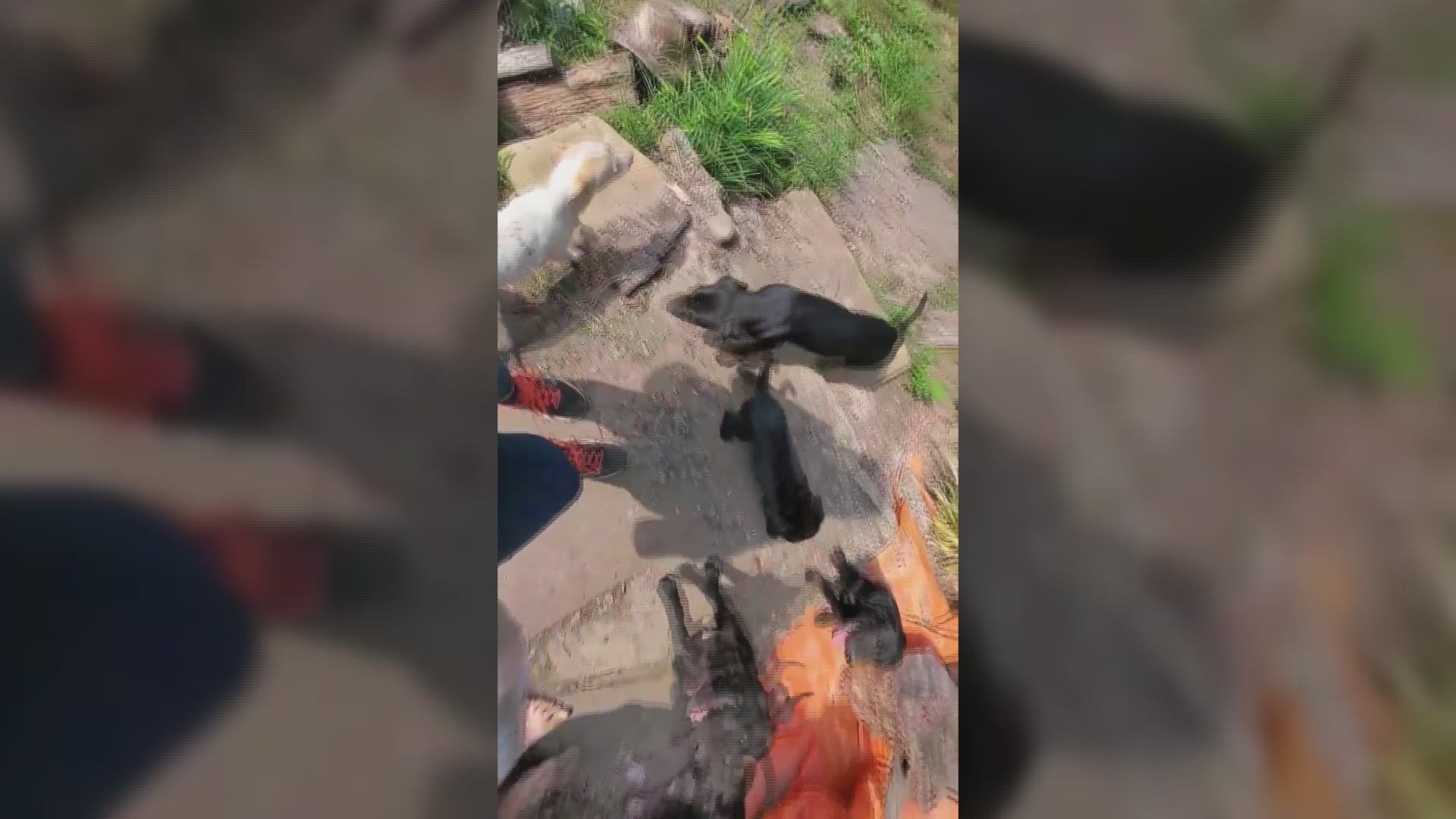 Hundreds of dogs – with nowhere to go.

The local animal shelter fears a lack of funding may force them to shut their doors – for good.

Saving the lives of these stray dogs has become Brianne Kolton’s mission.

It was her friend who reached out to 11 Listens to let us know about the problem that’s gotten out of hand in rural areas of Independence County.

And no one knows that problem better than Barry Hammers.

As the Chairman of the Board of Humane Society of Independence County, he’s faced with a harsh reality. He says that within nine months he’ll have to determine if the shelter can actually afford to stay open.

“A lot of people think this is funded by the county or the city or the state. It’s not, it’s from individual donations, fundraisers and the business community.”

But why are these the only options?

Independence County Judge Robert Griffin said in a phone conversation that there’s a deficiency in funding. The county has not been able to generate any surplus funding.

Years ago, the humane society had a donation notation on resident property tax bills where homeowners could voluntarily donate. The problem was that it was an illegal way of doing things. So they were forced to stop.

In our conversation, Judge Griffin said, “this agency provides an extremely valuable service that is definitely underfunded.”

The shelter can house 180 dogs and cats at one time. Right now they’re holding 103.

They actually had to put a freeze on intake because they simply can’t afford to take in any more animals.

“We have a waiting list right now of 85 people that have either dogs or cats, or they may have a litter of dogs and cats.”

Unfortunately, the cutoff hasn’t stopped people from dropping animals off. In fact, while we were interviewing Hammers – a couple brought in a litter of pups they said they found in a ditch.

The mother and daughter who stopped by were interested in adopting... but only one out of the full shelter of animals in need of a home.

This problem is not unique to Independence County. In the past couple of months, THV11 has covered the animal shelter in Wynne being forced to close due to a lack of funds.

And in Bald Knob, they too have been over their limit on housing dogs for months now and may have to resort to euthanasia if adoptions aren’t made.

Back in Independence County, their Humane Society has serviced more than 11,000 animals.

Employees are reminded of the importance of the work they’re doing. But can’t help but worry about the looming deadline.

Now the shelter is turning to its neighbors in a desperate attempt to save lives as the clock continues to countdown.

“If we don’t get the funds... unless somebody steps forward at some point; if our fundraising is not successful... the community doesn’t step up, we’ll have to close the facility.”

In an honest and open conversation, Hammers said he’s hopeful. He truly believes in the people of Independence County. If you’d like to make a donation, here is the address to send funds: