11 Listens went to find out why the city doesn't want you driving over the North Little Rock bridge built in 1925. 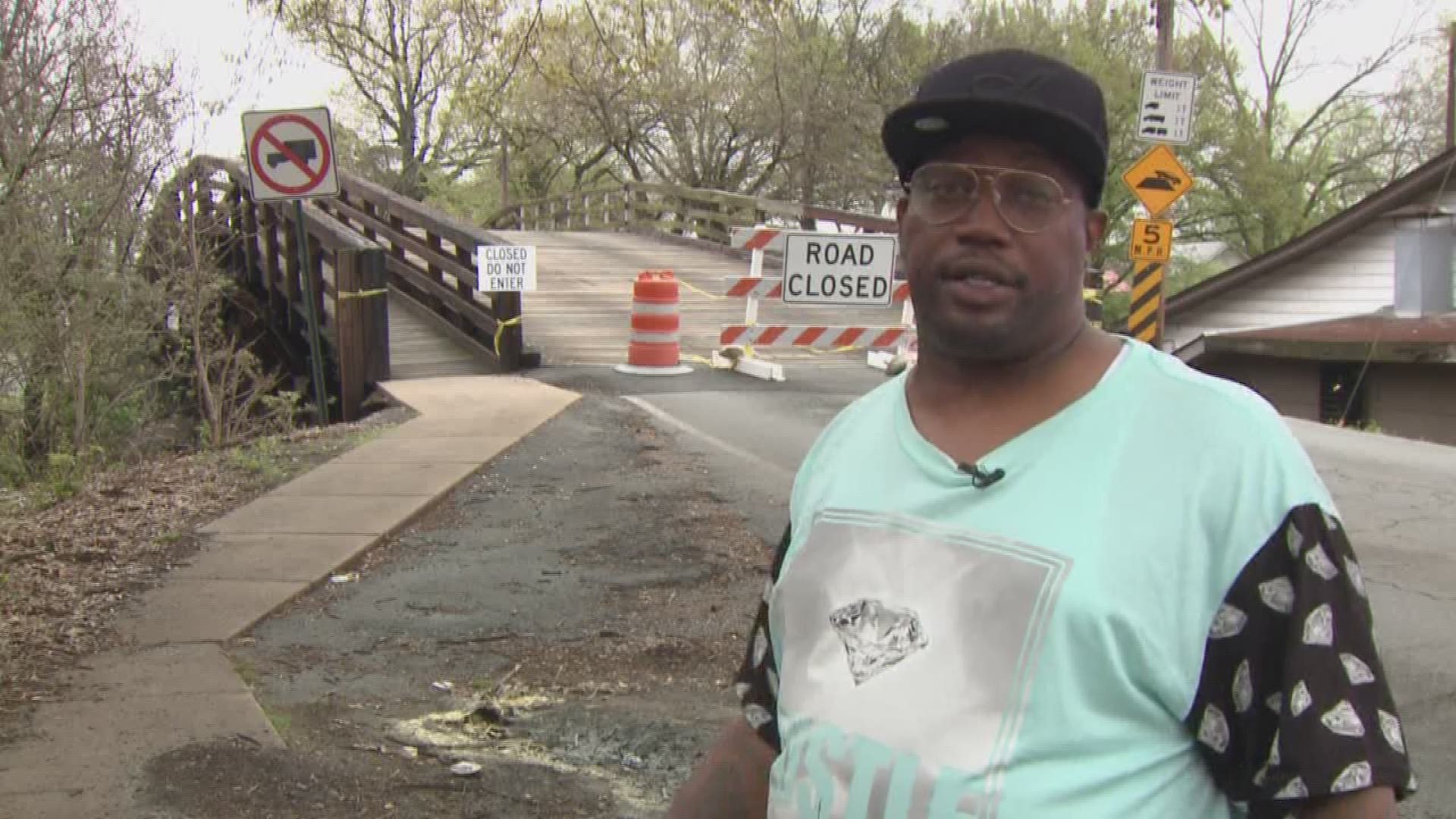 NORTH LITTLE ROCK, Ark. (KTHV) - The 14th Street viaduct in North Little Rock is closed and neighbors near the old wooden bridge want to know why.

11 Listens went to find out why the city doesn't want you driving over the bridge built in 1925. This wood truss bridge holds special meaning to Dwyane Butler who has lived near it for years now.

"Me and my childhood friends grew up around this bridge since we were 6 years old. It's a good solid bridge I love the bridge being here," said Butler. He was concerned when he saw the barriers, closing off the bridge. He feared it was going to be torn down.

"I ain't never seen nothing happen around the bridge, besides you know sometimes 18 wheelers will cross it and other bigger cars that don't really supposed to be across it," he said.

That's part of the reason the city decided to close it off. Nathan Hamilton with the city of North Little Rock said an inspection by the highway department revealed some structural issues that needed to be addressed.

"One of the pilings one of the caps is loosening so they're wanting to replace those big caps and want to replace those as well," said Hamilton. It's standard maintenance, but while the bridge displays signage about the weight limit, not all drivers take heed.

"We closed the bridge because we don't want heavy trucks driving over it right now," Hamilton added.

The bridge is often used as a detour when on-coming trains block 13th Street, so it will be an inconvenience for some drivers. Hamilton said while the city is talking to several engineering companies, it's too soon to know how long the bridge will be closed.

"We've got multiple proposals coming in, we'll be taking a look at that. depending on how much it cost, depending on what it entails to fix it will depend on how long it's going to be," said Hamilton.

The bridge was also closed in September of 2016 to repair railings. If you have any issues or concerns, email 11listens@thv11.com.