Jade puts on a happy face most of the time, but at age 16, Jade is almost old enough to be on her own. 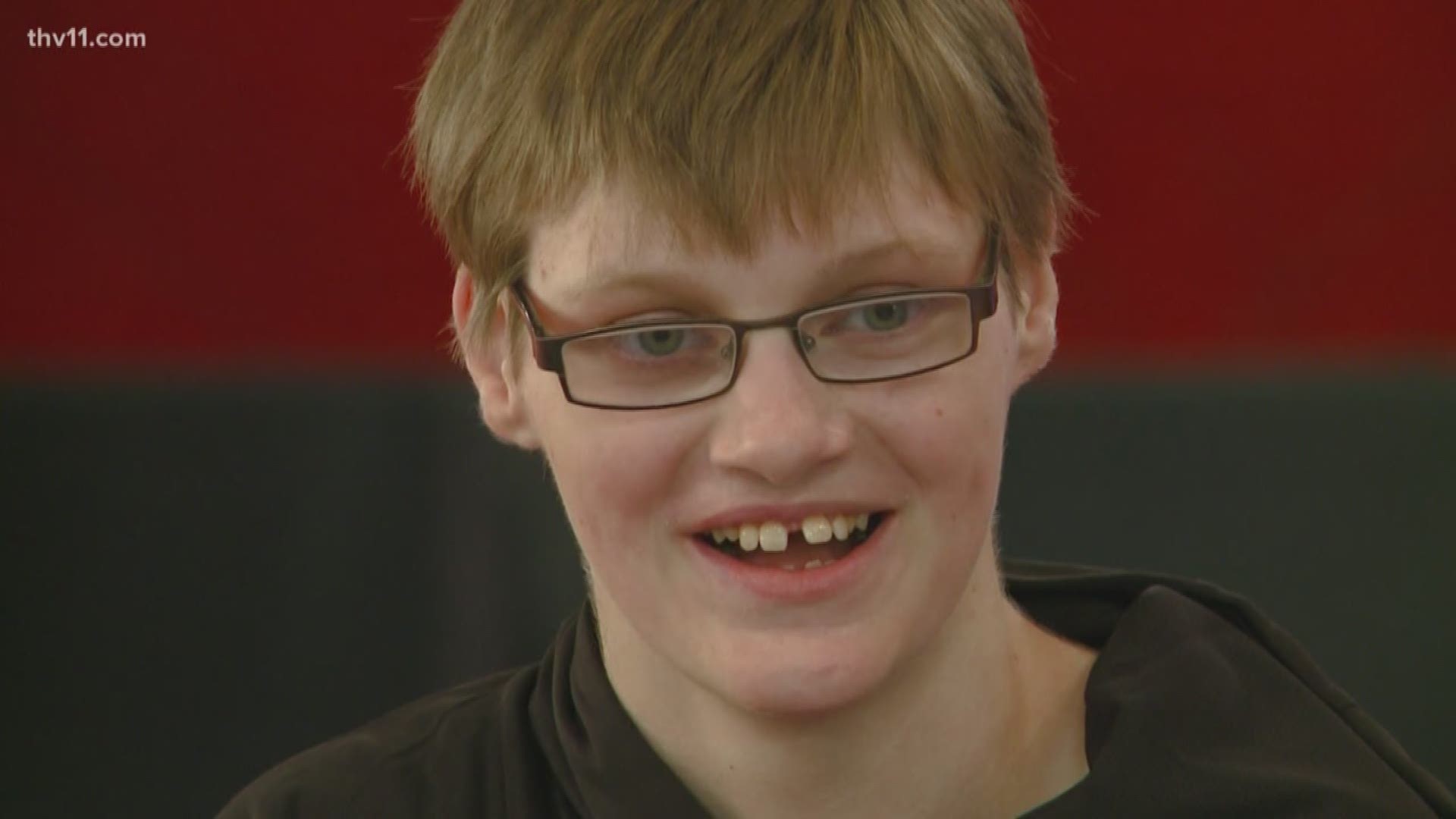 "It's tough on the kids because they think they're not wanted and they think it's their fault and it's most of the time it's not," said DCFS adoption specialist Shirley Watkins.

When you're 16 years old in foster care, that's a thought that constantly lingers.

Does anyone care? Will I age out of this system alone, without a family to take care of me?

It's what young Jade thinks about every single day.

RELATED: It's all relative | The impacts of reuniting children in foster care with their families

"I do not want her to age out. That is not a goal that I want for her," Watkins said.

Jade puts on a happy face most all the time.

At the age of 16, Jade is almost old enough to be on her own.

At altitude trampoline park, her playful spirit, that smile, and her bright personality shines.

"I have a special talent on the bball goals over there. I can jump on the rim and pull my knees and touch my knees to the backboard," Jade said.

And it's not just bouncing that she's talented at, she also loves games and music.

"I play Minecraft and roblox a lot. Those are my two favorite," she said.

"She does music over the internet with some of her friends and she played some of it for me and it's really good. She's really good at that," Watkins said.

Watkins shared that behind Jade's smile is a tough past. She was adopted as a young child, but that adoption failed. Watkins also says Jade suffers delays and needs a family willing to fight for her.

"She needs unconditional love, two parents, it can be a single parent that's gonna love her. But they have to be there and advocate for services for her," Watkins explained.

"To advocate as far as medical, developmental, educational services for her, they have to hang in with that unconditional love because there are gonna be some tough times," she said.

Right now a foster family is filling that void in Jade's life; one that she trusts. They've developed a bond.

"Their oldest daughter has two sons. I like them a lot. I'm like really close to them and they feel like blood nephews instead of foster nephews," said Jade.

That's the feeling she wants with an adoptive family; a family who will meet Jade right where she is and give her the love and support she needs.

Jade requested to meet at Altitude and the managers were incredibly accommodating, so thank you to them for being so gracious.