An Arkansas foster child, up for adoption and he’s making a plea to you to bring him home. 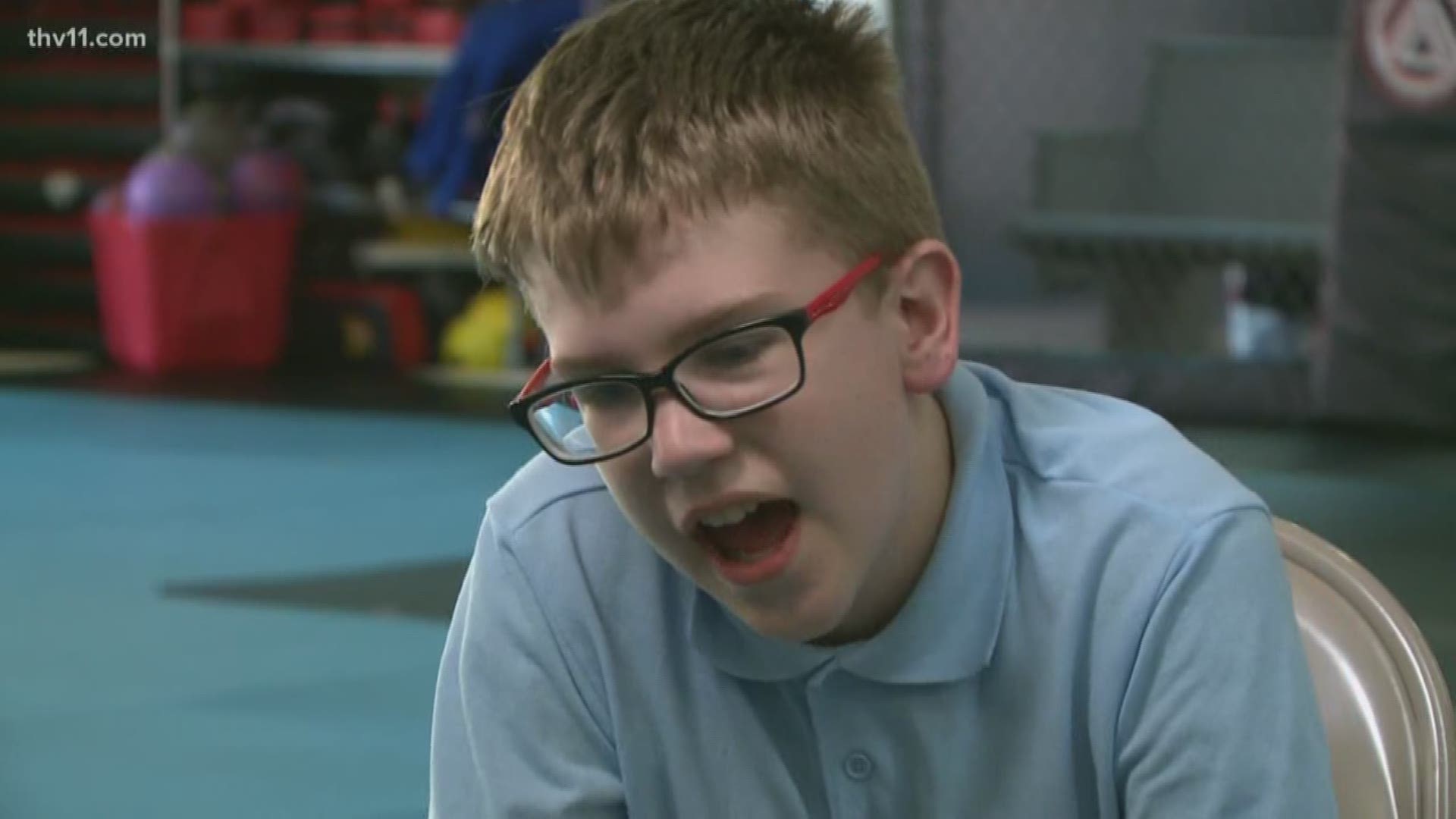 LITTLE ROCK, Ark. — "I just want to say just please adopt me, please just want you to adopt me."

He's an Arkansas foster child, up for adoption and he’s making a plea to you to bring him home. When THV11 met him earlier this month at Rock City MMA, he was so much fun, so easy to talk to. So much so, that when we sat down to talk to him his words shook us to our core.

We share his story with the hope that one of you out there is his forever family.

It did not take long for young Zachary to figure out how to cover. Rock City MMA Coach Nathan Kirby taught him everything from a jab, to finishing holds and even a take down. But Zachary had his own real-life take-down, in foster care now for seven years, given up for adoption.

"Yes maam, sometimes I cry too because I miss my real family so much," Zachary said.

He loves science, likes to hunt, and that he's not really the fighting type even though he holds his own with Coach Kirby.

"I thought that I was gonna die, but I didn't," Zachary said.

"Zach is very smart,” Coach Kirby said. “He picks up very, very fast and he has a witty sense of humor, in just a short amount of time I could figure that out – and now he's training to beat me up.”

Coack Kirby knows Zachary's struggle all too well. He agreed to work with him for a bit to provide guidance and encouragement.

"I was almost put up for adoption,” Coach Kirby said. “I was abandoned as a child and I had an abusive stepfather. I didn't meet my real dad until I was 16, then I had a third father."

He knows what it's like to yearn for a family.

"I want a forever home that I can stay in,” Zachary said, “have fun with, go fishing, exercise with them and all that. I would like them to treat me like I would treat them.”

Coach would like to see Zachary find his forever.

"And I am very very kind,” Zachary said, “super kind and I make A’s and B’s in school."

Funny to see a kind, sensitive, well-mannered child hold his own here among a fighter but he's done fighting his own battle. He said he's ready for forever.

If you are that family who wants to adopt Zachary, reach out. You can email Dawn Scott for more information at dscott@thv11.com.