'She was a mom on a mission' | Mother overcomes addiction, works with foster parents to get her kids back

This mom's addiction to drugs led her down a path that resulted in her losing her kids to the system, and ultimately finding herself. 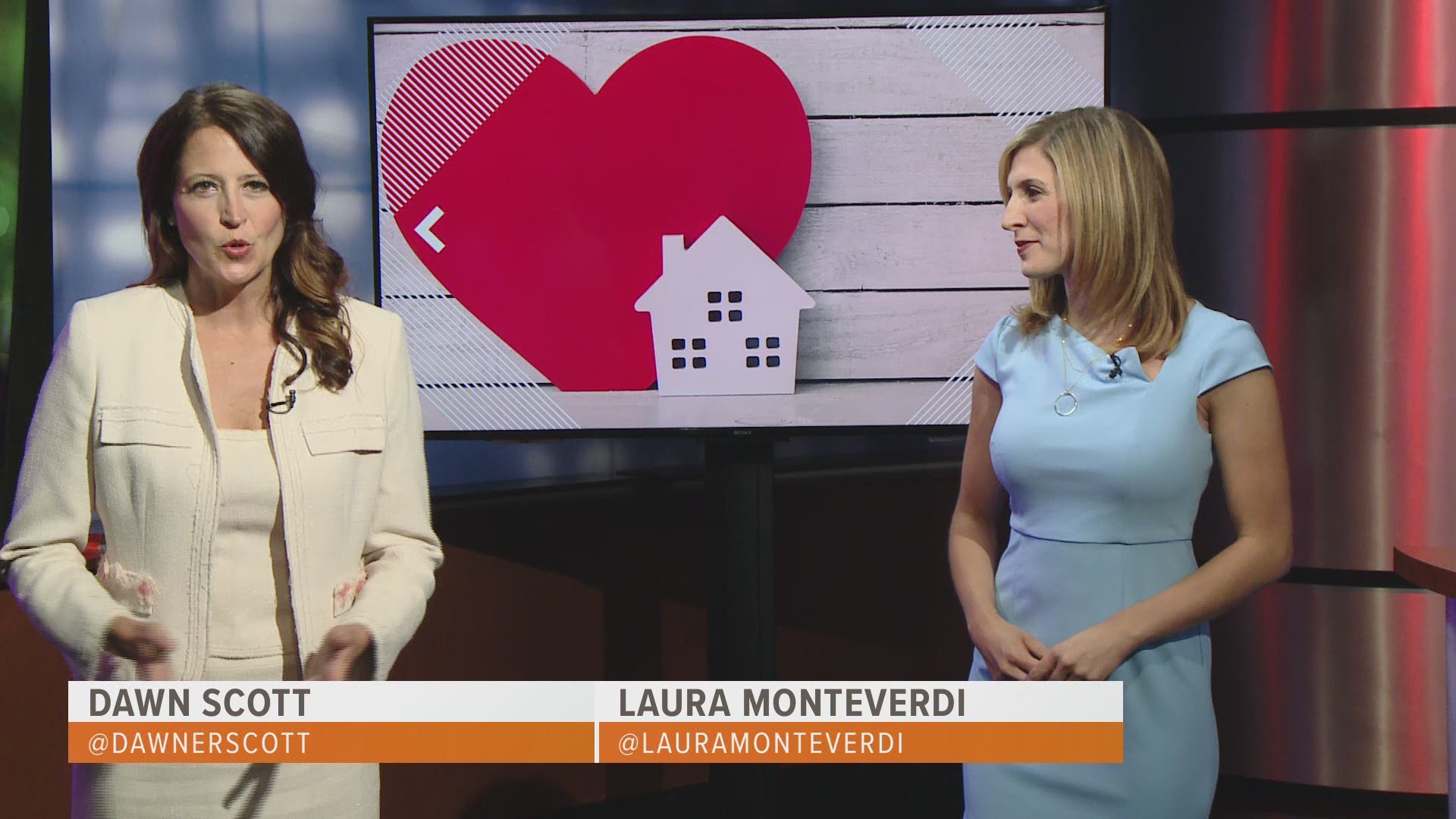 SEARCY, Ark. (KTHV) Having your child removed from your home is a traumatic event, not just for them, but for the mother, father and everyone involved. Sometimes, though, it's necessary.

That was the case for a young mom in Searcy. Her addiction to drugs led her down a path that resulted in her losing her kids to the system, and ultimately finding herself.

“I love them. They are my world. I couldn't live without them,” Jessica Lazier said.

Nearly a year ago that impossible thought became a reality for 30-year-old single mother, Jessica Lazier.

“There was nothing worse than having my kids taken from me,” Lazier said.

On July 16, 2018 Lazier’s two daughters were removed from her home by DHS after she failed a routine drug test.

“That was rock bottom for me. It was the worst. Going back to that moment and that day I felt empty. I felt like a disgrace. I felt ashamed. It was a horrible moment,” Lazier said.

Lazier’s addiction to drugs started when she was a teen. She began abusing marijuana and alcohol before moving on to meth and heroin.

“I was hearing voices. I had to get high every single day. I mean I stayed high. It got bad,” Lazier said.

It became so bad that DHS had to step in. Her daughters, 7-year-old Alizabeth and 2-year-old Layla, were placed with a foster family.

“In the car, we were all crying. That's when Layla started crying she was like, ‘Mommy, you aren't coming with us?’ It was very emotional,” Lazier said.

Lazier was left scared and alone. Not only was she battling addiction, but she was also gearing up for a fight to get her kids back.

As for her daughters, the girls went to live with a foster family in Searcy.

However, this was one of the good ones. Andrew Baker and his wife took Lazier’s daughters in and cared for them as if they were their own.

“They love them. They call them Mimi and Doo-Dah. My 2-year-old loves her some Doo-Dah,” Lazier laughed.

With her children being cared for, Lazier went to work. As mandated by DHS, she started taking parenting classes, began counseling and signed up for an outpatient NA program.

“I needed to have a job and an apartment. I needed to show I could take care of the kids financially and have a house over their heads. I couldn't live at my moms and have the kids come back,” Lazier said.

Baker said Lazier went above and beyond to get her kids back.

“One of the things Jessica did that separated her from the very beginning is that she hit the ground running doing all the things necessary to have reunification with her kids. She was a mom on a mission,” foster parent Andrew Baker said.

On Dec. 21, five months after her daughters were placed in foster care, Lazier received a phone call from her caseworker.

“She called me and she said, ‘Okay, I have an early Christmas present for you.’ She said, ‘You’re going to get the girls for Christmas.’ And I said to her, ‘Like forever?’ And she said ‘Yes, forever.’ I just dropped to the ground crying and she was like, ‘Stop crying this is a good thing, and I said, ‘I’m crying happy tears!’” Lazier said.

Today, Lazier works full-time at a hotel and lives with her daughters in a new apartment. In July, she'll celebrate one year in recovery.

The girls’ foster parents, Andrew and his wife, remain a part of their lives.

“I plan to watch them all graduate from high school. If it’s up to me, they are all going to graduate from college. We are in this thing not just for today,” Baker said.

Lazier said, looking back, losing her kids was a difficult but needed lesson in order to find herself.

“Your life isn't over when you have your kids taken. It’s really just beginning. You’re building yourself up to be a better you and a better mom for your kids or a better dad for your kids,” Lazier said. “Looking back I think I kicked butt!”

Lazier said she has grown as a mother and is more patient and present in her daughter's lives than ever before.

Her kids still spend time with their foster dad, Doo-Dah. He even watches them sometimes while Jessica is at work.