"If they try to adopt me without my sibling, I'm gonna say no." Honesty and Jacoreyan are ready to be adopted. 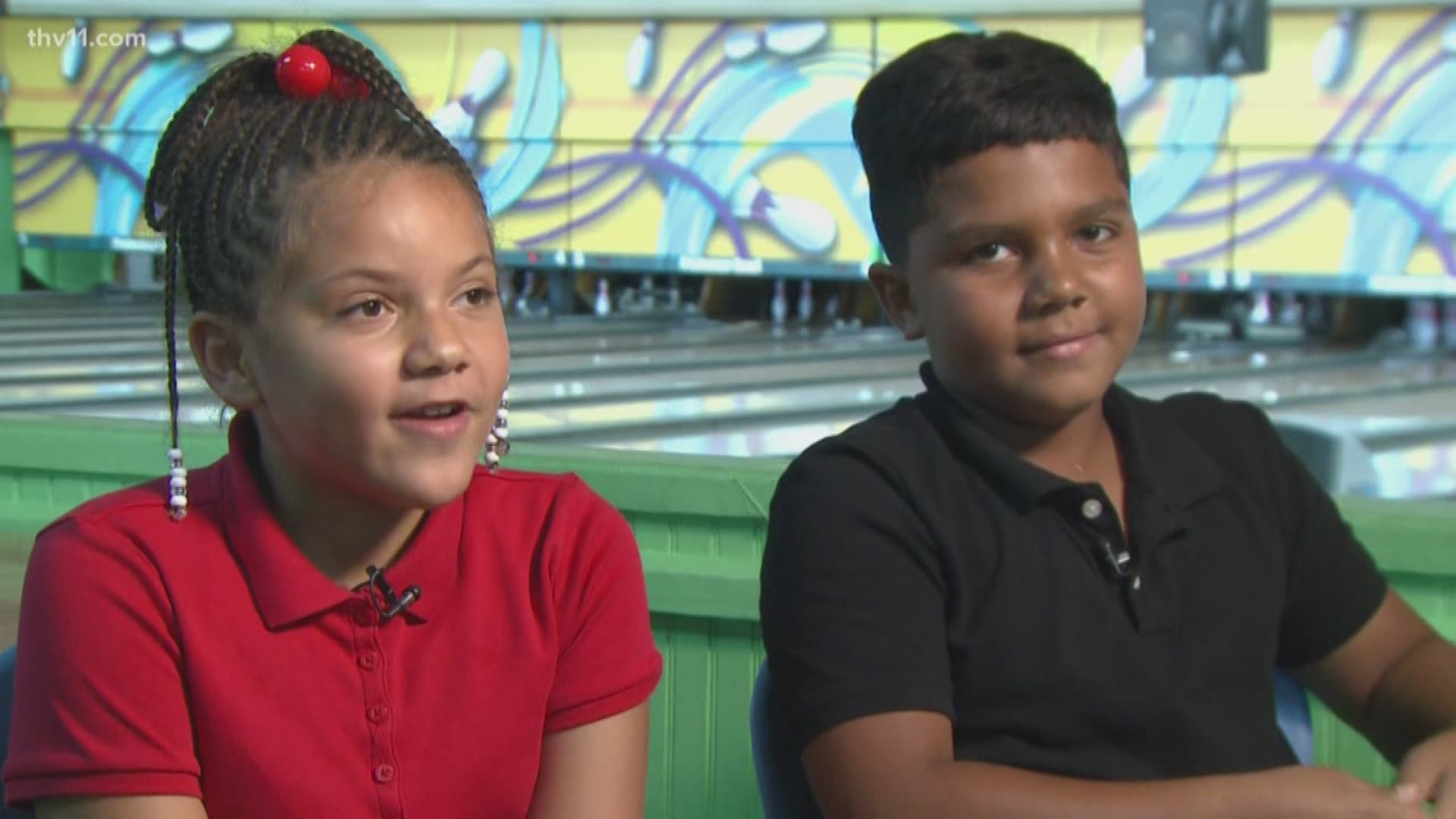 ARKANSAS, USA — This time of the year might be difficult for some children as they settle back into their school routines, but imagine doing that without a family or a stable home base.

RELATED: 12-year-old Damaria hopes to win over the hearts of a forever family

Eight-year-old Honesty and her 10-year-old brother, Jacoreyan, are two foster children who do it with grace and love every day, all while hoping for a place to call home.

Our visit with the siblings started at Professor Bowl with finding the right ball, then renting those classic bowling kicks.

"In second grade, I really did not like school, but now I love school," she added.

"I like it more than her now," Jacoreyan argued.

It was obvious the two were siblings. They were competitive, yet fiercely loyal.

"Family is when you protect them, keep them safe, and love on them, and make them have fun every day," Honesty said. "I love him more than he loves me."

The two of them have been through a lot during the last several years spent in foster care. Now, desperate to remain together, they're the only family each has left.

Our game at Professor Bowl ended with a big win for Jacoreyan, with a true victory coming to the both of them when a family brings them home.

RELATED: 16-year-old Jade needs a family who's willing to fight for her

"Family is like you don't get separated and you love them as much as you can," Honesty said.

Jacoreyan and Honesty are ready to be adopted right now.

We'd also like to send a big thanks to Professor Bowl for the lane and the pizza, which was Honesty and Jacoreyan's favorite food.