On the day 16-year-old twins McKenzie and Brianna's adoption was to be finalized by a judge, the world was shut down by the COVID-19 pandemic. 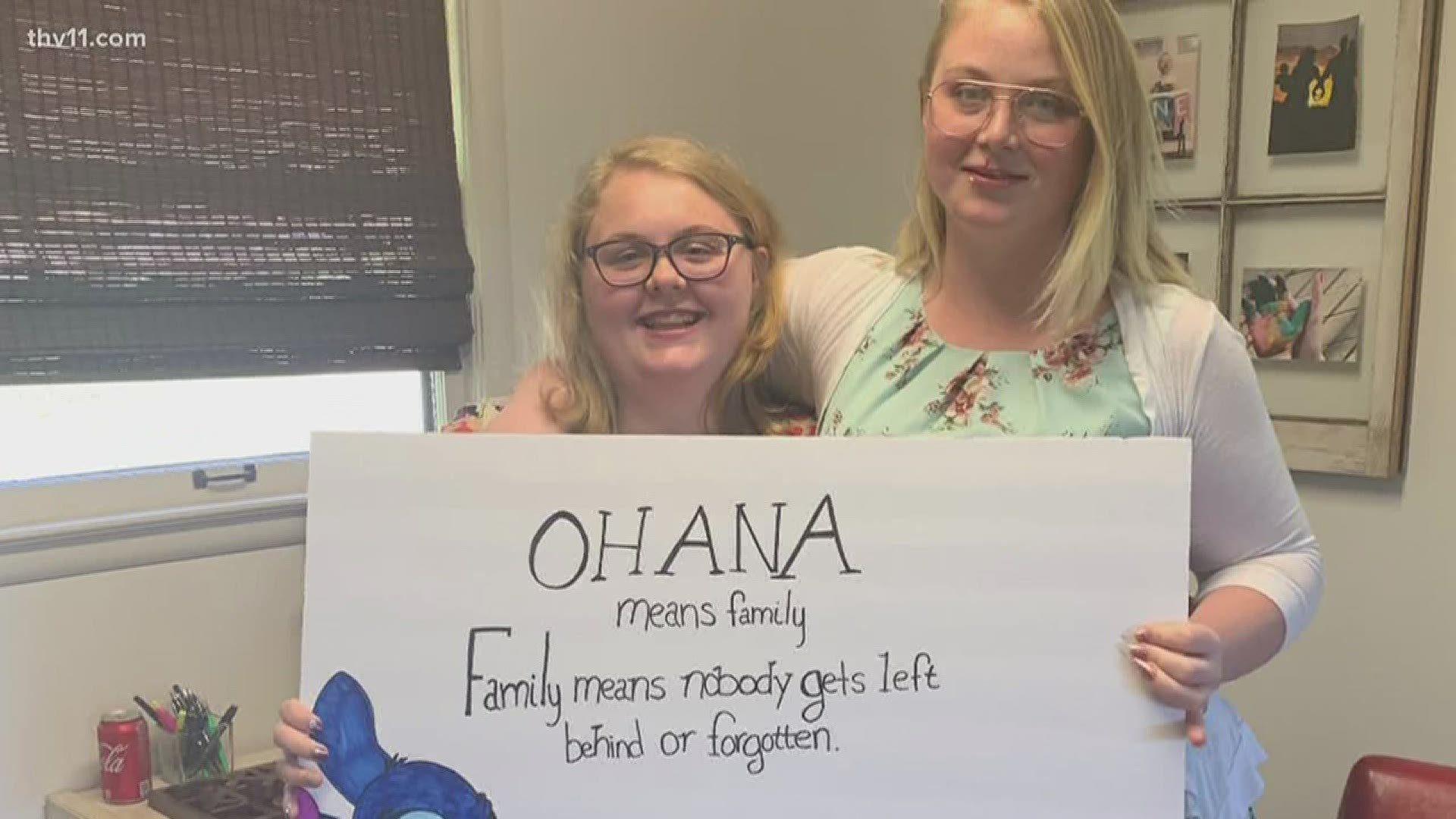 CLEBURNE COUNTY, ARKANSAS, Ark. — One thing that doesn't change in a pandemic is the fact that there are children in foster care who are up for adoption, waiting.

A lot of us feel unsettled right now as COVID-19 spreads across communities. Imagine how much that intensifies for children who have no family, no one to lean on.

It was the case for two teenagers, twin 16-year-olds.

But a judge got creative a few weeks ago and did everything to make the adoption happen and when a family said yes to the teens.

Tori and Cody Holldorf got the call.

"The next day, two 16-year-olds showed up at our house," Tori said.

RELATED: Due to social distancing, it could be months before we can hug grandparents again

Last September, they opened their home—and their hearts— to adoption.

And 16-year-old twins McKenzie and Brianna were brought home.

"I feel like I have found a family who will take care of me and that will be there for me," Mckenzie said.

"Being a teenager with a twin – it's really hard to get adopted, a lot of people do not expect it, so I wasn't expecting it till I got here," she added.

But little did they know 6 months later on the date their adoption was to be finalized by a judge, our world would be shut down by a pandemic caused by the virus COVID-19.

No worries, though. A Cleburne County judge just scheduled it over zoom.

"They did it like a real court hearing, just everyone was on their phone, we were sworn in like real court," Tori said of the Zoom call.

The judge, the ad litem, the caseworker, adoption specialist, the head of DHS they were all on the Zoom call.

For McKenzie and Brianna, it didn't matter how it happened, the teens who spent two years in foster care were home.

"I was expecting I would at least see my caseworker, but it really didn't matter how it happened, it happened," McKenzie said.

RELATED: Music for the soul: How one family is coping with nursing home restrictions due to coronavirus

"Not everything's been sunshine and rainbows with us either," Tori said of the family. "We had to learn each other's personalities and stuff, but we've gotten in a groove now and I wouldn't have it any other way."

On adoption day, friends celebrated with a drive-by parade, with the girls holding a sign with the word "ohana," which means family: a place where nobody gets left behind or forgotten.

McKenzie said she was sure she and her sister would age out of the foster care system without being adopted.

"So, having a family is the best thing that could've happened to me and my sister."