'When's it my turn?' | Teen opens up to foster mom, looks for forever home

A sixth-grade boy, instead of worrying over homework or begging to play video games, is concerned with only one thing: Finding a place to call home. 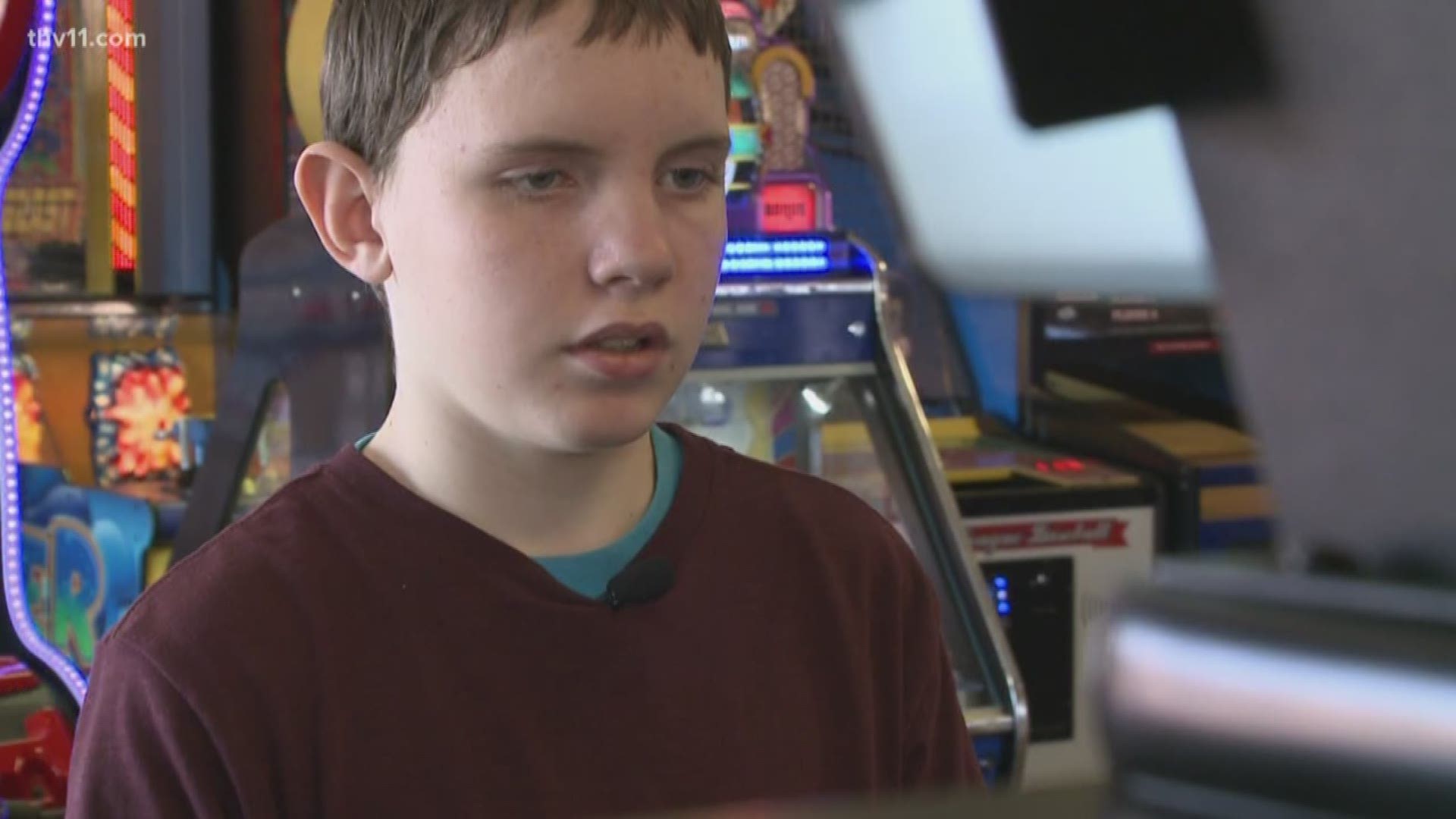 A sixth-grade boy, instead of worrying over homework or begging to play video games, is concerned with only one thing: Finding a place to call home.

Jarred is up for adoption. He's been in foster care six years now and asked THV11’s Dawn Scott when it will be his turn to get adopted.

Most middle schoolers will say it's an awkward time in life.

"He gets shy at first, but once you get started he can talk to you on anything," his foster mom, Marvin Funches said.

But 12-year-old Jarred admitted that he couldn’t talk at all when he first got to his foster home.

If it weren't for his foster mom, he wouldn't be able to open up, especially to me, to our TV cameras or a potential adoptive family.

“Nobody took the time for him and therefore that left him limited," Funches said.

But now, Jarred is not only talking better, but he's enjoying his life. He loves history and science, never puts down a basketball, schools Dawn repeatedly at the North Little Rock Chuck E. Cheese
and eats just about anything, especially pizza.

Funches is a therapeutic foster mom, and for the past four years she has given Jarred the stability he's never had. She turns 70 this year, too old to adopt, but has watched Jarred flourish in her home, and believes this is her role to help foster children on their journey

"I don't leave anything in the gray area,” she said. “You gotta put yourself where they are."

Beyond being able to open up, Jarred said Funches has taught him life skills.

"And she teaches us how to do stuff right now, so we will know how to do it better in life when we get older," Jarred said.

For example, Funches bought him a suit and tie and takes him to church, where's he's deeply involved as an usher.

"Junior deacon and senior choir and I'm trying to play instruments. In school I'm in band and play percussion," he said.

Though Funches welcomed Jarred into her family, he still wishes for a family he can have forever.

And Jarred wants a family. He said he is ready.

“The foster homes, they're nice homes. Umm, it's just that being in foster care isn't nice," he said.

A boy who started out shy is now laughing and opening up -- ready to find his forever home.

"What does he deserve? He deserves to have a family – he deserves to go through life like any other child knowing there is place for him, there's a home for him. That's what he deserves," Funches said.

Jarred loved being at Chuck E Cheese. The manager gave him a pass to play any game he wanted. Plus, that same manager took care of his pizza and treats.