Alexander Williams went from a homeless man picking up trash to having a roof over his head after a promotion, setting his sights on opening a shelter. 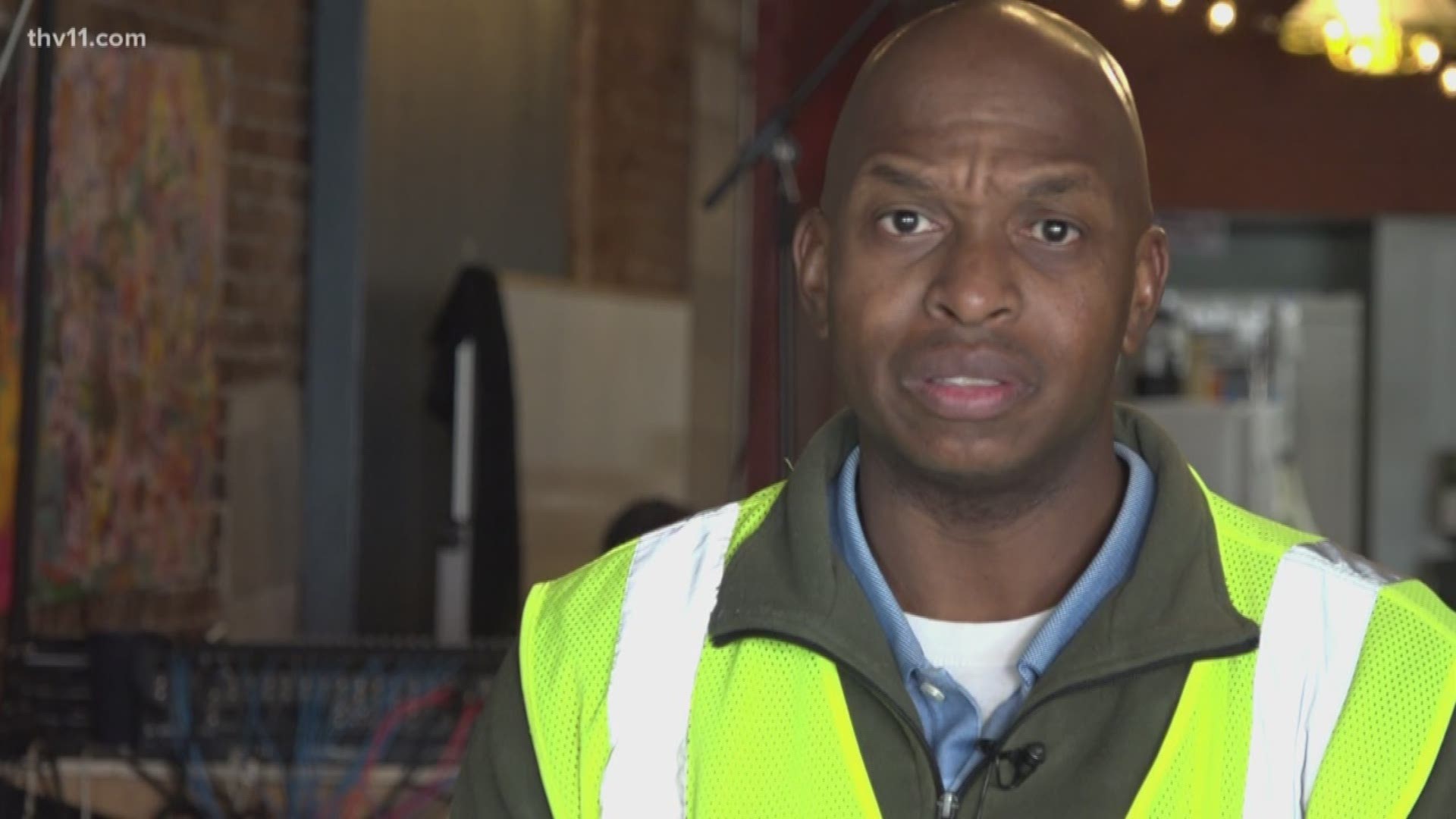 LITTLE ROCK, Ark. — The homeless problem is a challenge and solutions are not easy, but then you meet a person like Alexander Williams and you get the idea that solutions are possible.

"It's a coming of age-like movie or something," said Williams during a lunch break from supervising a crew of homeless litter-pickers in Little Rock's Bridge to Work program.

"I put myself in their shoes and I realize where I was at then to now."

Where he was then was an ex-con from Conway in recovery. On the road back he heard about the Bridge to Work program. Something about the idea of getting a job— even picking up trash— brought him focus.

And that impressed the organizers.

They hired him to drive and supervise on the city's payroll, even while he went unsheltered for several months. Now he helps shepherd the crews back to Canvas Community where they get their money, but also guidance.

"It helps them better themselves on down the line like me," he said.

Williams has big plans beyond his current job. He steps outside the Canvass Community storefront and sees the former Goodwill Industries building across W. 7th Street.

He may have just found permanent housing, but he's working on forming a non-profit to buy the building and open a new homeless shelter.

"I'd like to for us, all of us to be successful," Williams said. "I'd like them to just wake up to the chance that it's going to be a better day. I'm gonna make this better than what I did yesterday."

RELATED: Arkansas's minimum wage will increase to $10 per hour in 2020

RELATED: Program paying homeless to pick up litter in Hot Springs to begin in 2020