This change comes after a night manager was attacked early Monday morning. Officials said the over-night program wasn't working, so they're looking toward something more long term. 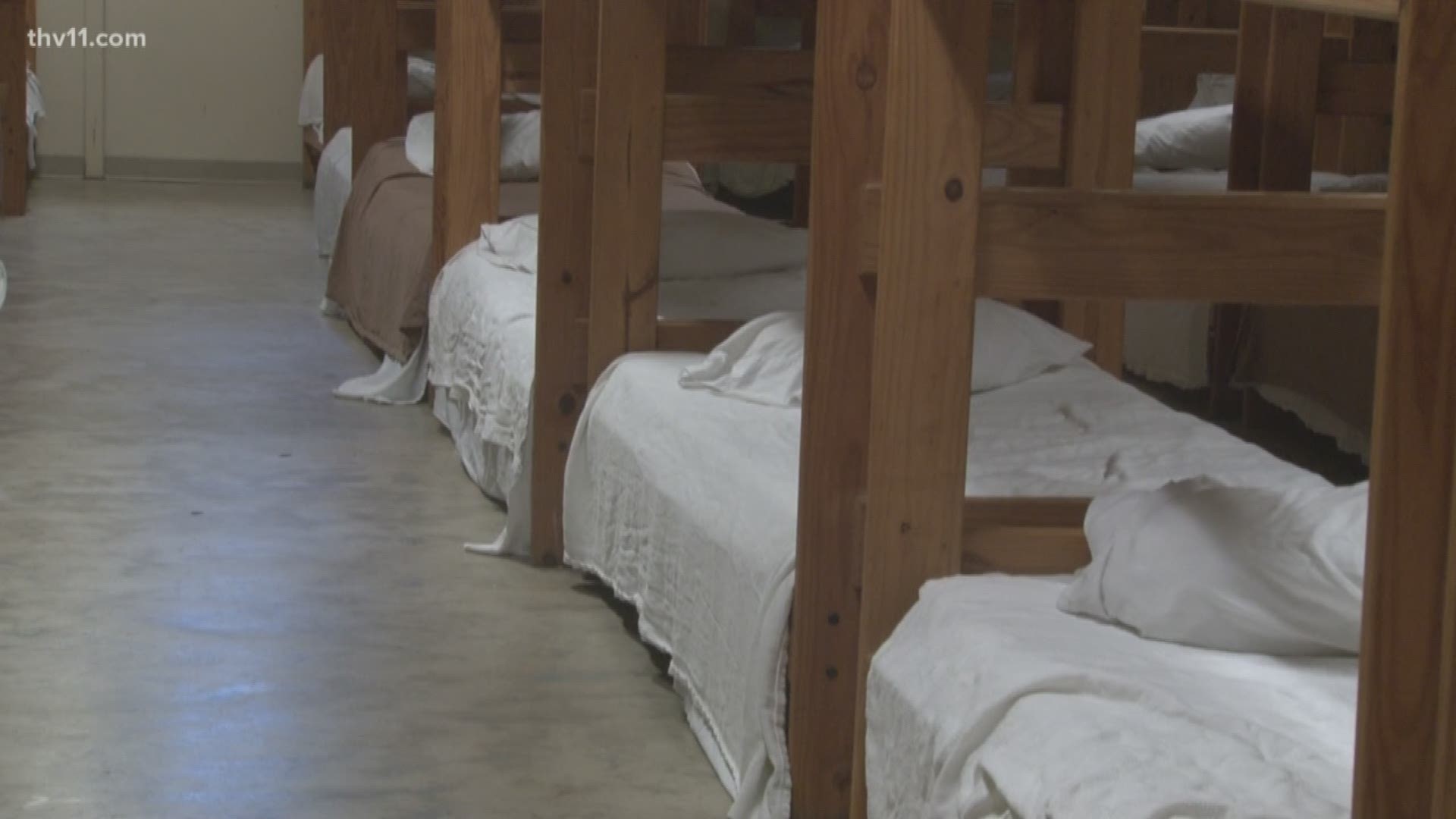 LITTLE ROCK, Ark. (KTHV) - A Little Rock homeless shelter said it will not let men come in for the night anymore. Instead, it wants them to come and stay long enough to change their lives permanently.

Nehemiah House suspended its homeless shelter Tuesday morning in response to an attack against the night manager that occurred early Monday, Oct. 8. According to a report filed with the Little Rock Police Department, the manager asked one of the shelter’s clients to leave, and the man got angry and hit him in the back with a chair.

“We have seen the level of violence—in our homeless facility, specifically—start to heighten over the last couple of years,” said Keith Medlock, the president and CEO of Union Rescue Mission, which runs Nehemiah House. “But, as of the last five to six months, we’ve really seen it take a change, to where we’re having to start taking action towards making sure that the residents here are secured, as well as our staff is secured.”

Medlock said Tuesday afternoon that he had considered for several months changing the model of the shelter and that Monday’s attack sparked him to act.

“If you’re wanting a hot and a cot, this is no longer going to be that location,” he said. “We’re wanting you to develop yourself. If you’re just wanting to come here to hang out until the night’s over, that’s not going to be this location any longer.”

Instead, the 40 beds in the shelter will house a nine-month program that includes education, health care and job training, with a goal of helping the clients live a stable, productive life.

“Every problem has a solution,” Medlock said. “But it’s about: are we willing to address the problem, really, that’s at hand, and then develop a solution, and then put the energies and effort behind that to be able to really see the change.”

Adam Brackett is one of many Nehemiah House clients who believe the change will prove to be beneficial.

Brackett is a resident of Nehemiah House’s long-term rehab program, which houses an additional 35 men. He has lived there since May, and after nearly 30 years of drug use, is proud to be five months sober. He has liked the fact that the rehab program and the homeless shelter share the same building.

“I’ve really enjoyed it because it felt like I had a chance to give back to the community,” he said. “I mean, a lot of us get caught up in our addictions, and we’re takers. I mean, I took a lot of stuff, and I wasn’t there to help the community a lot. And since I’ve got here, getting up every morning and cooking breakfast for anywhere from 20-50 homeless people is a chance to give back.”

To make the transition, Medlock shut the doors to the shelter and posted a note on the door. The note says they will open again Thursday, Oct. 11, when colder weather is expected to arrive, but rumors about the shelter’s closure spread quickly. Medlock met with Mayor Mark Stodola and members of the Arkansas Homeless Coalition at City Hall Tuesday afternoon to explain his decision and plan.

He said it was a more positive meeting than he had anticipated.

“They’ve been working on this for a year and a half to two years,” Medlock said, “and having these conversations that we now…now that we have kind of made this transition for the Union Rescue Mission, they opened up conversations and said, ‘this is what we’ve been saying all along that we’ve been needing to do. We just didn’t know how to implement it.’”

There are still clients who have prepaid, and Medlock said they will be able to stay in the shelter as they had been. He added that Nehemiah House will not charge more, impose additional qualifications, or turn people away in the cold.

Medlock said the residents in the new program would have access to advisors who can help them learn to successfully interview for a job, as well as the chance to learn retail and trade skills from partnering businesses. Those opportunities are currently available to men in the rehab program and will be expanded as the new homeless program grows.

Medlock said he will need additional help from donors, volunteers, and city leaders to fully fund the program and provide the necessary resources. He believes the change will make a significant difference in the effort to reduce homelessness in Little Rock.

“To get somebody off the street in a homeless situation, you could feed them, you can clothe them every day for the next 10 years, and their situation will remain the same,” he explained. “But if you teach them, if you educate them, if you’re willing to invest in them and let them know that it’s going to take some disciplines on our side as well as their side, then all of a sudden you evolve that individual into somebody who is a contributor to our society versus a taker of our society.”

Because of the transition at Nehemiah House, the only traditional shelter for men in Little Rock is now the Little Rock Compassion Center.