The Happy Gray store is a safe haven that provides services to women and children who are trapped by domestic violence. 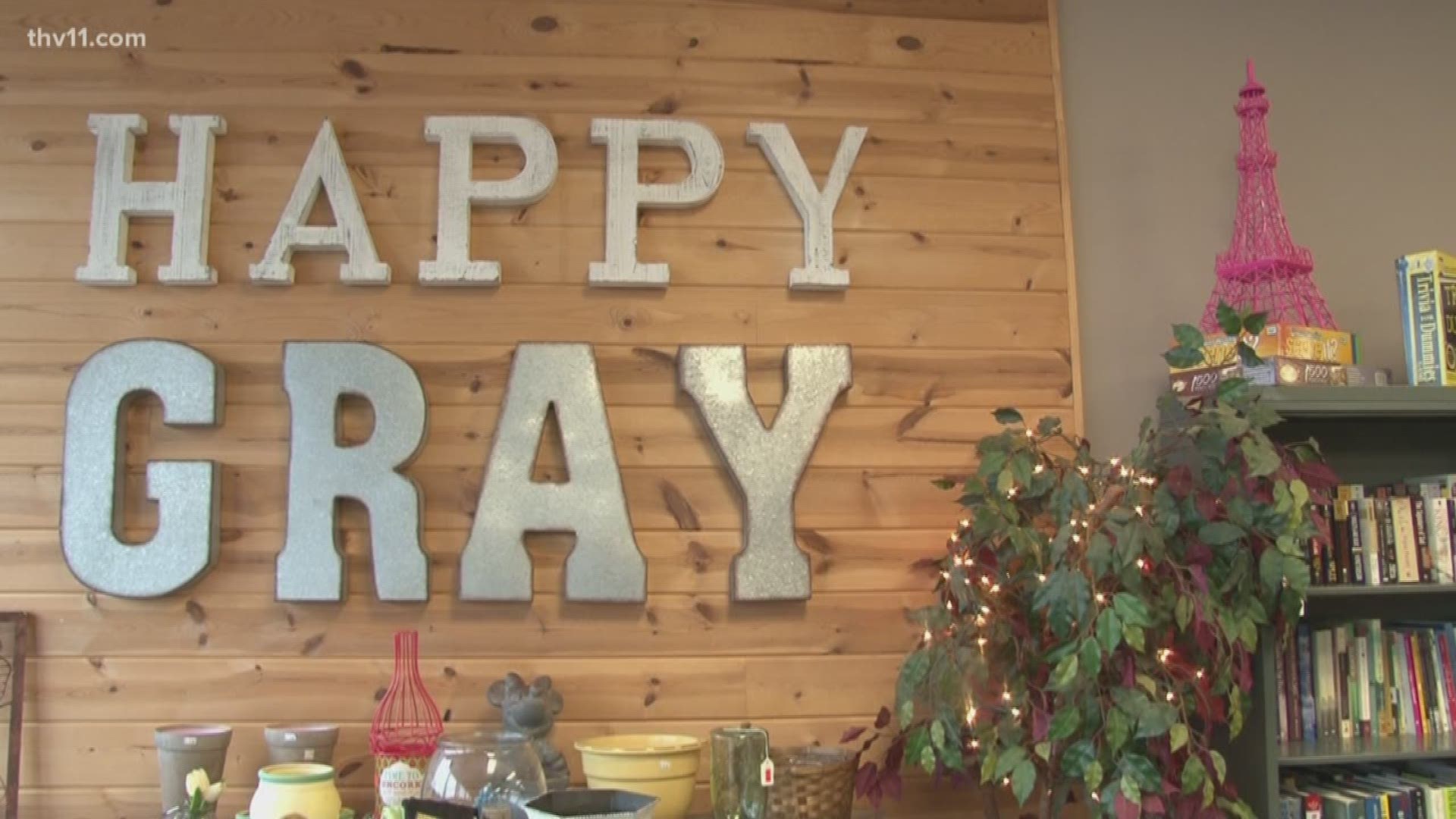 BENTON, Ark — October is Domestic Violence Awareness Month, but one new store in Saline County wants to keep this conversation going all the time.

Tuesday was the soft opening for Happy Gray in Benton, but there are two other locations in West Little Rock and Sherwood.

What's taking place between the four walls of the shop, is much more than products being sold.

She said it's a resale store with a deeper meaning.

"We want you to know you are not alone. This is a common problem to people in every level of society," VanGilst said.

As Executive Director of the nonprofit, Union Rescue Mission, she helps run the Dorcas House.

"The Dorcas House is not named after me. It's named after the same woman in Acts 36 that I am," VanGilst said.

She said it is a safe haven that provides services to women and children who are trapped.

She said everything you see in the store -- from the books, to the shoes, to the frames -- is all donated with 100% of the proceeds going to the Dorcas House.

"The idea is hoping to more and more create a revenue stream that is coming within the mission, so the mission can become more self-supporting," VanGilst said.

It's the mission that caused Alysha Frost's life to make a complete 180.

"I was just at the end of my road. It was either, I'm gonna die or I'm gonna change. It was one of the two," she said.

Two years later, Frost is now a Dorcas House graduate and is in the workforce preparedness phase.

She said managing the store in Sherwood while sharing her story with other victims has helped on her healing journey.

"I'm reminded about where I came from every day by trying to help these other girls and how far God has brought me, and that is what has helped my recovery -- the redemption," Frost said.

Donations can be dropped off at any of the three Happy Gray locations, the Dorcas House, or you can call the Dorcas House to have someone from the mission pick the donations up.

Right now they are asking for chairs, dining room sets, and bedroom furniture.

RELATED: 'How do we break the cycle?' | A closer look into the uncommon signs of domestic abuse

RELATED: More than a decade after teens killed in suspected honor killing, police believe dad may be in North Texas