Saprina Butler has wanted to make mobility easier for her patients for years, but she realized the answer wasn't sitting on any store shelves. 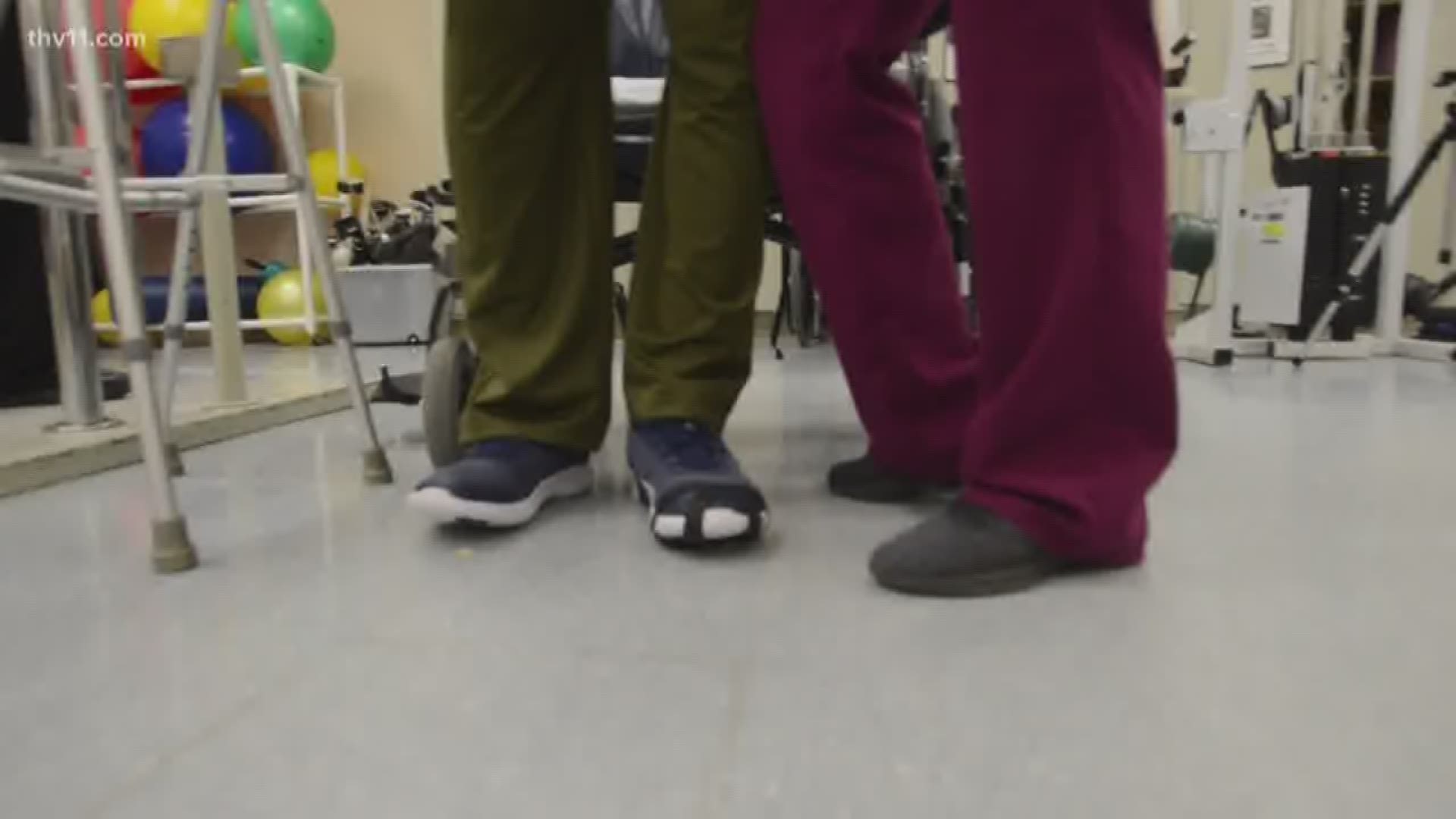 NORTH LITTLE ROCK, Ark. — A VA Hospital nurse has spent 11 years helping veterans overcome adversity, but nothing like what she’s most recently invented.

Working at the VA, she’s spent most of her time on the physical rehab floor with patients overcoming obstacles.

"Patients through stroke or other medical conditions have an inability to lift their foot off the floor,” said Butler. “That’s mostly what I see.”

For years, she’s tried finding a way to make mobility easier for her patients, but realized the answer wasn't sitting on store shelves. Instead, it was sitting in her brain.

"It all the sudden hit me that it's a friction problem,” said Butler. “If I reduce the friction under the foot, we can take the foot wherever we need to go."

So, Butler invented the shoe slide made out of a friction reduction button attached to a shoe strap.

"Now, the patient doesn't have to have that toe clearance. They don't have to get their foot off the ground,” said Butler. “All they have to do is bring the foot with them. The foot will slide as long as their heel is down and stable."

"There's grips at the bottom of it that hold you and it causes you not to slip at all,” said John Martin, a veteran patient.

He's struggled to walk for some time, but using Butler's invention, he's found hope in his future.

"You won't go wrong by getting it because it'll allow you to do exactly what you are trying to accomplish."

The VA’s Innovation Program is helping Butler expand on her invention.

So far, they've done the prototype, tested the product, and the next stop is out to manufacturing.

The shoe slide will then be sent to other VA hospitals across the country.

RELATED: 'He felt the system wasn't going to do anything': Veterans open up about inadequate healthcare

RELATED: Does Home Depot give all veterans a discount? | VERIFY