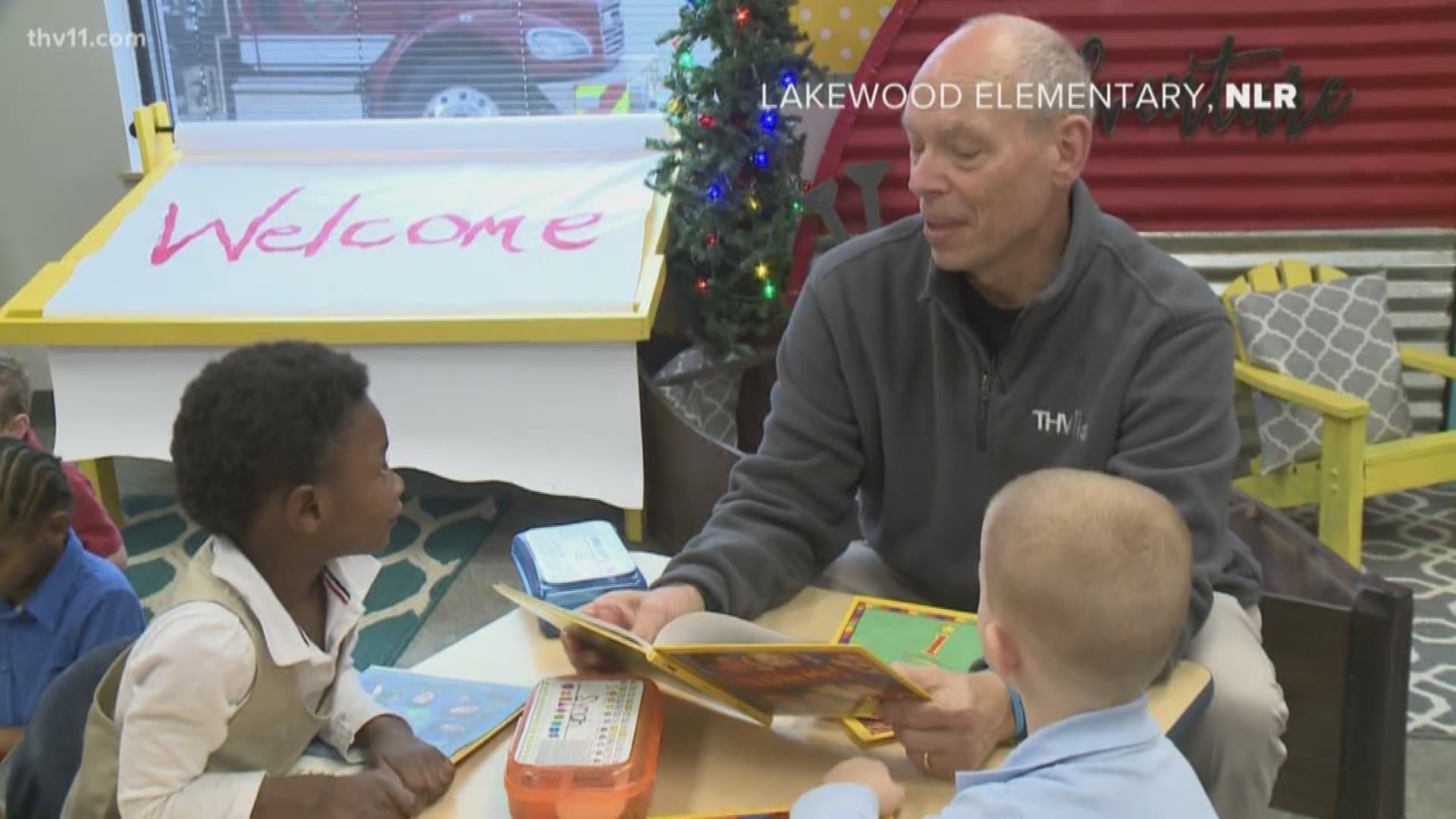 NORTH LITTLE ROCK, Ark. — The Mr. Rodgers movie "Won't You Be My Neighbor" starring Tom Hanks is out now. I thought about that movie today because if Mr. Rodgers was alive, he would've loved seeing what happened in North Little Rock schools.

The child's name and his or her two best friends, their teacher, principal, and school are incorporated in the book and appear on the printed page.

The books were passed out and Rotarians, community volunteers, policemen, and firemen then read the books to the kids, who were surprised to hear their names in the story.

Listen to the numbers. Six hundred children got books and were read to at nine different North Little Rock campuses. There were over 120 volunteers.

And at the next Rotary Club meeting in a week, dozens of stories.

RELATED: The crayons go on strike at DeWitt Elementary School