Robert Davis Elementary students get a dose of humor, horror, and weird

First graders at Robert Davis Elementary learned about a dinosaur who eats all the kids on the first day of school! 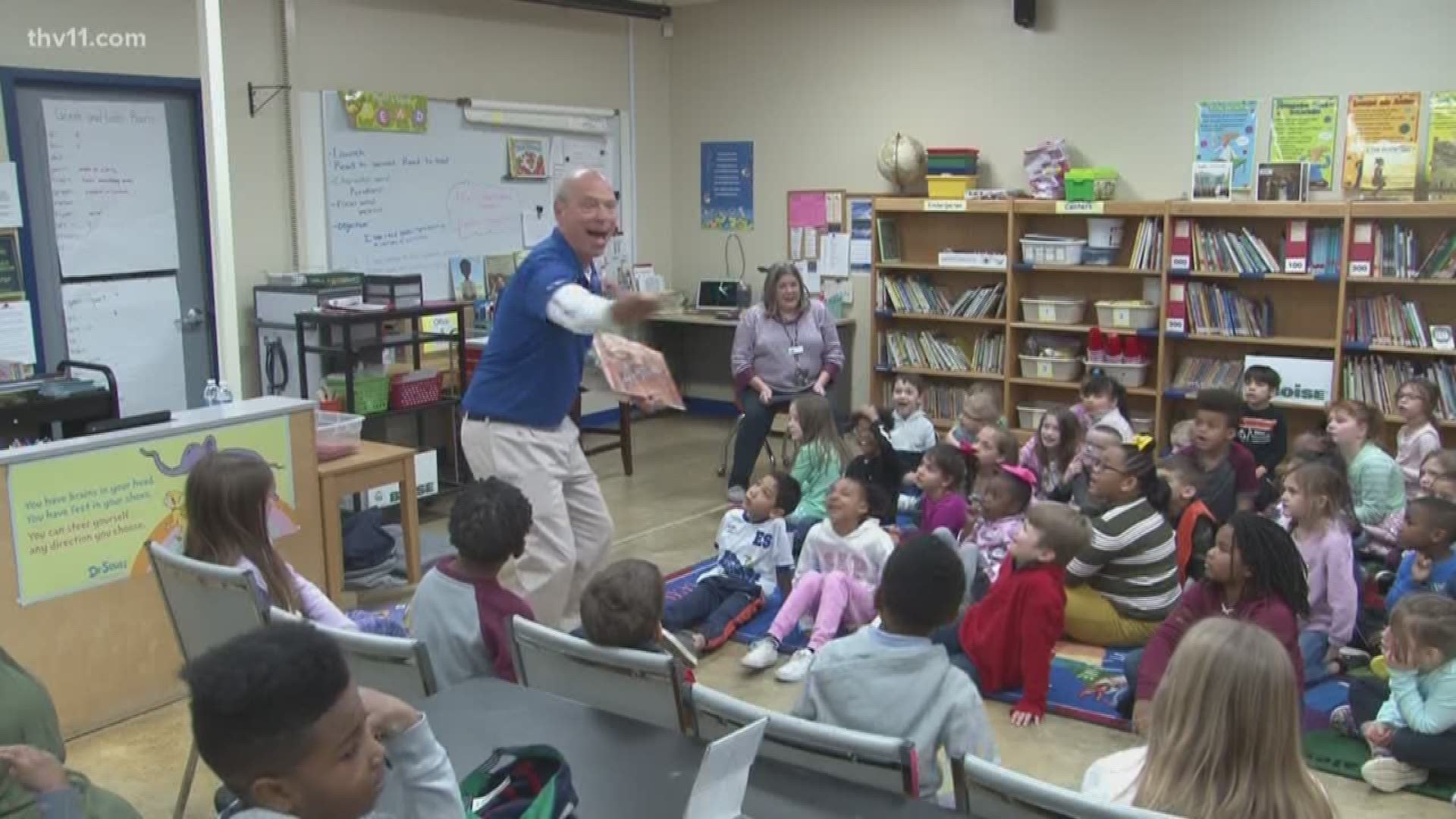 They're the home of the Dolphins.

He let me do it and I over-dolphined, but the book I read to the kids wasn't about dolphins.

It was about a dinosaur who eats all the kids on the first day of school. In just three minutes, we had humor, horror, and a weird ending.

First graders got a good dose of the buried treasure that lies in every book in the library of Robert Davis Elementary School -- a part of Bryant's school district.

But if it had been built just across that road, they'd be a Little Rock school. They're a hidden gem!

RELATED: The crayons go on strike at DeWitt Elementary School