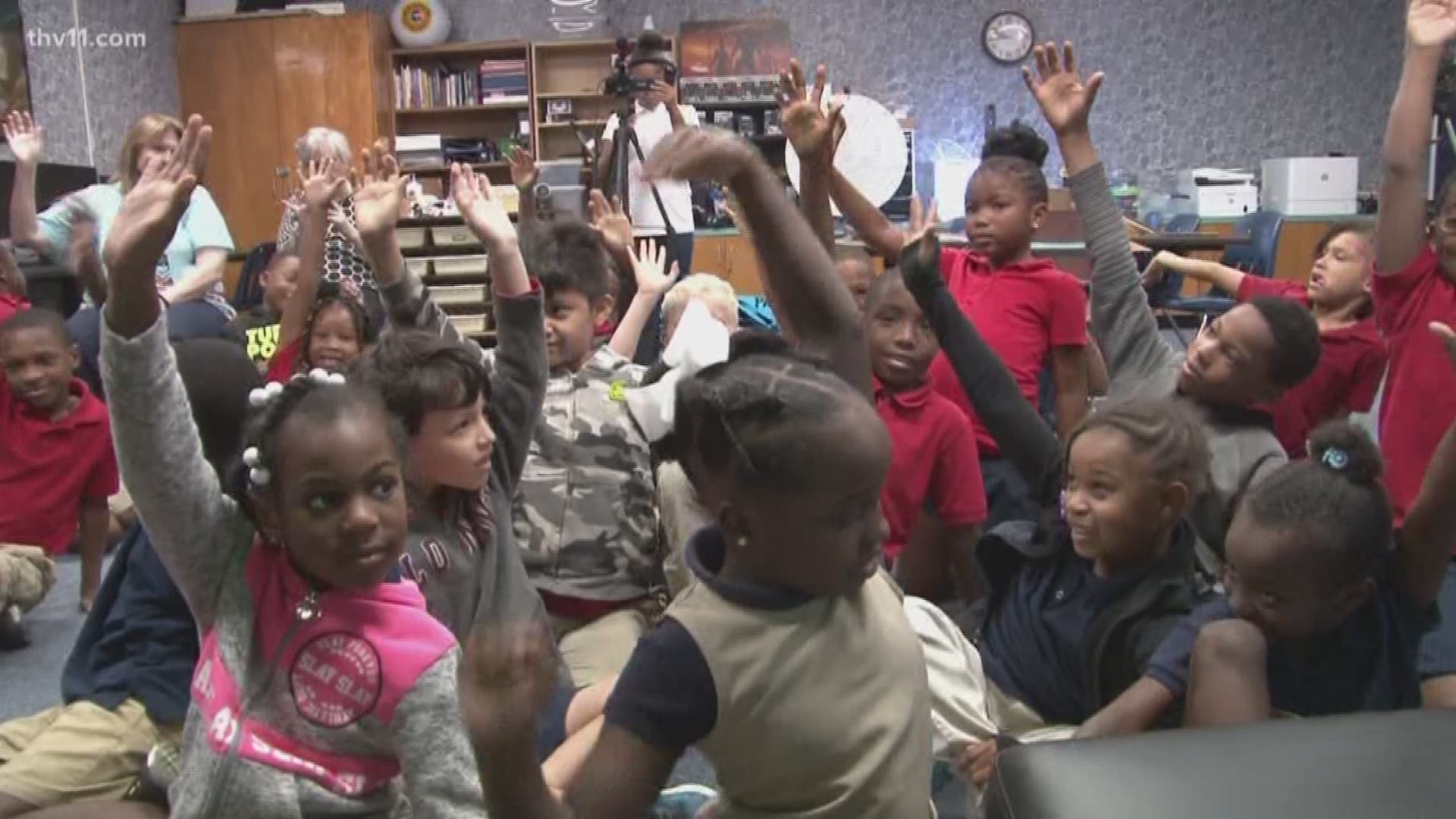 LITTLE ROCK, Ark. (KTHV) - Carver Magnet’s East lab facilitator Jason Crader has invented a fun and exciting way to keep kids fired up about reading: The Book Bracket. Yep, built just like the NCAA Basketball Tournament bracket, but instead of college teams, the brackets are filled with books.

Here’s how it works. Guest readers come to Carver and read to various classes. Each reader is given two books. The kids then vote for the book they liked best. Just like the basketball tournament, the field starts with 64 books and eventually is whittled down to a final four and then a finale, and a champion.

The second graders loved them both, but in a tight contest, “Book With No Pictures” won and moves on to the round of 32.

Now obviously, it's likely the kids will hear one book more than once, but with different readers involved the game will maintain its fun element. Look for the finals sometime in March, when Craig will return and be joined by Abby Kerby of the Children’s Library. Then, the winner will be named in the first ever BOOK BRACKET!