One squirrel lives in the moment; one's a hoarder. You may think you know where the story is headed, but you would be wrong. 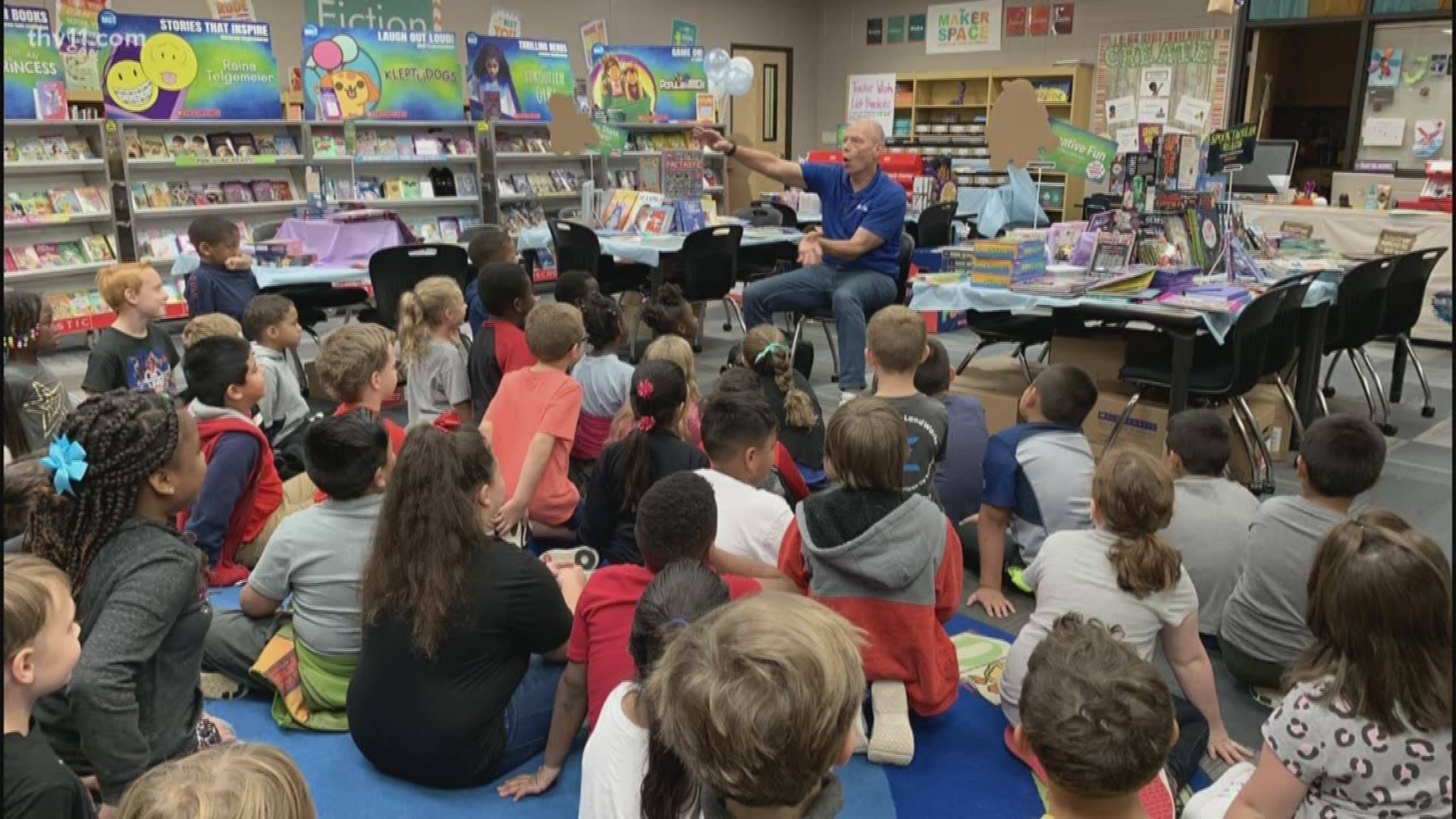 CONWAY, Ark. — One squirrel lives in the moment. He lives for "the now." But as winter approaches, he realizes his cupboard is bare!

A second squirrel is a hoarder. He gathers fruit and nuts and stockpiles them for the winter.

You may think you know where this children’s book is headed, but you would be wrong.

There's a good chance you’re thinking like the second and third graders at Preston and Florence Mattison Elementary--that the story dealt with the work ethic as depicted in fables like "Grasshopper and the Ant."

Nope. The story was not like that at all.

The book is called “The Squirrels Who Squabbled,” and the message you actually get is one of cooperation and making new friends.

It offers an example of how working together can help avert disaster, and in the end, produce a shared victory.

Once again, the Reading Roadtrip kicked off a book fair and as good as “Squabbling Squirrels” was, the hottest books continue to be the “Dog Man” series by Dav Pilkey.

The series' popularity isn't just in Conway, but Melissa Freeman of Scholastic Books tells us those books are number one statewide.

I might have to check into those for the next Reading Roadtrip, next Tuesday in White Hall!

RELATED: A banner day for the Reading Road Trip in Clinton