Santa couldn’t make it to Magness Creek Elementary in Cabot. So, he sent his suit and wondered if someone could stand in for him. 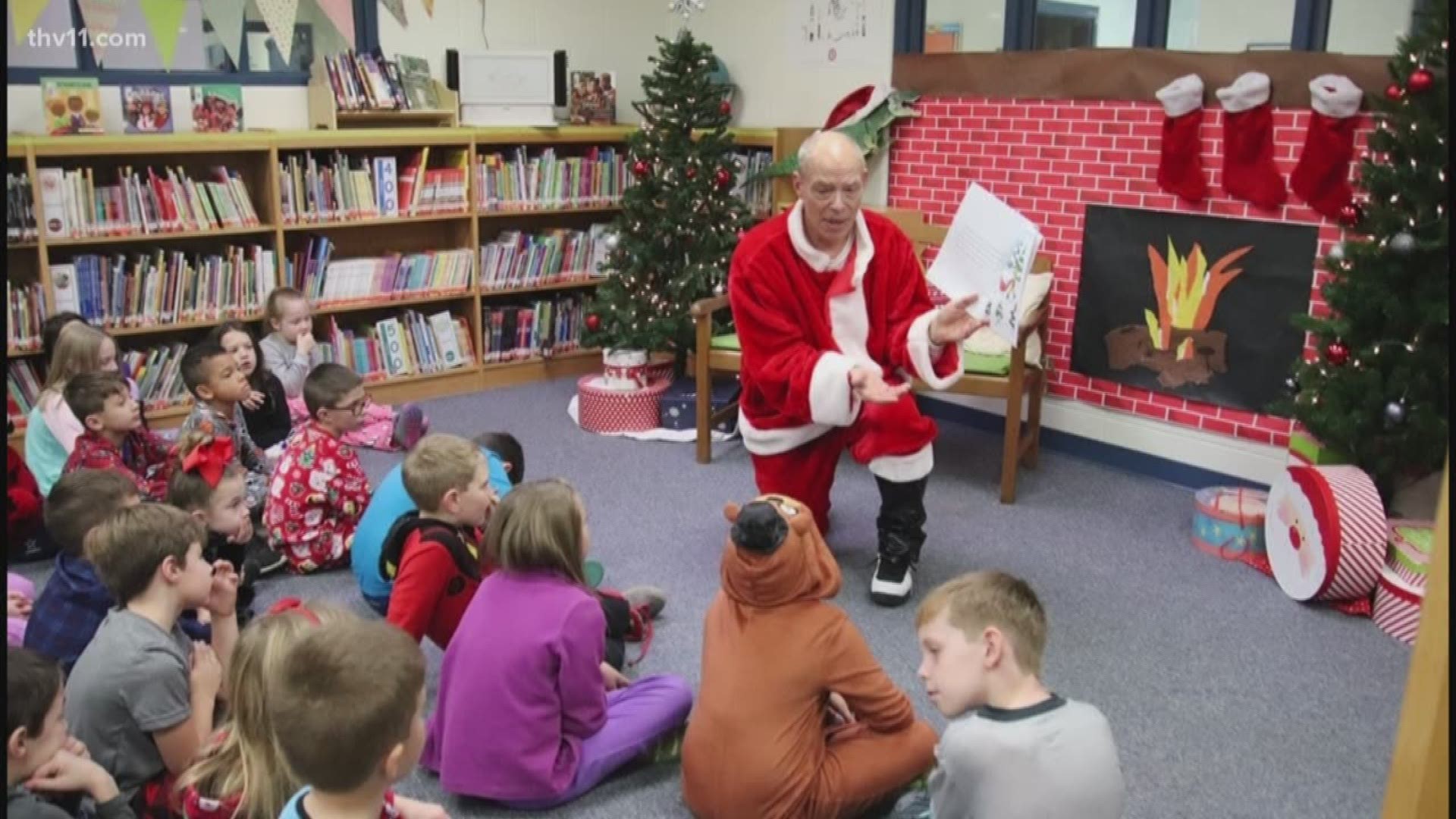 CABOT, Ark. — Santa couldn’t make it to Magness Creek Elementary in Cabot. It’s his busy time of year. So, he sent his suit and wondered if someone could stand in for him.

Well, the staff at Magness found someone: Our own Craig O’Neill. Dressed in the red outfit and wearing silver hair and beard, Craig bravely entered the school library, where second graders waited. Yes, it was brave because this group knows the real from the fake, and they picked up on the act real quickly.

Despite the poor attempt, the day had a Christmas morning feel to it, because the kids and teachers were all in pajamas. Roger Sundermeir of First Arkansas Bank and Trust read “The Night Before Christmas,” while Craig acted out the Santa part.

(We’re ashamed to confess, but Craig needed help with the reindeer names).

Once Craig revealed it was really him, no one was surprised. However, that didn’t prevent the kids from enjoying a second book about Santa, replacing an ailing Rudolph with a unicorn. Proof again, for grandparents and parents, this is a big book reading time of year. . .hint hint hint. .