If after a few steps you're out of breath, you may need this procedure done

When you wear the gown, you're learning— and teaching—a lesson that could save lives. You're taking the time to pay attention to what your body is saying. 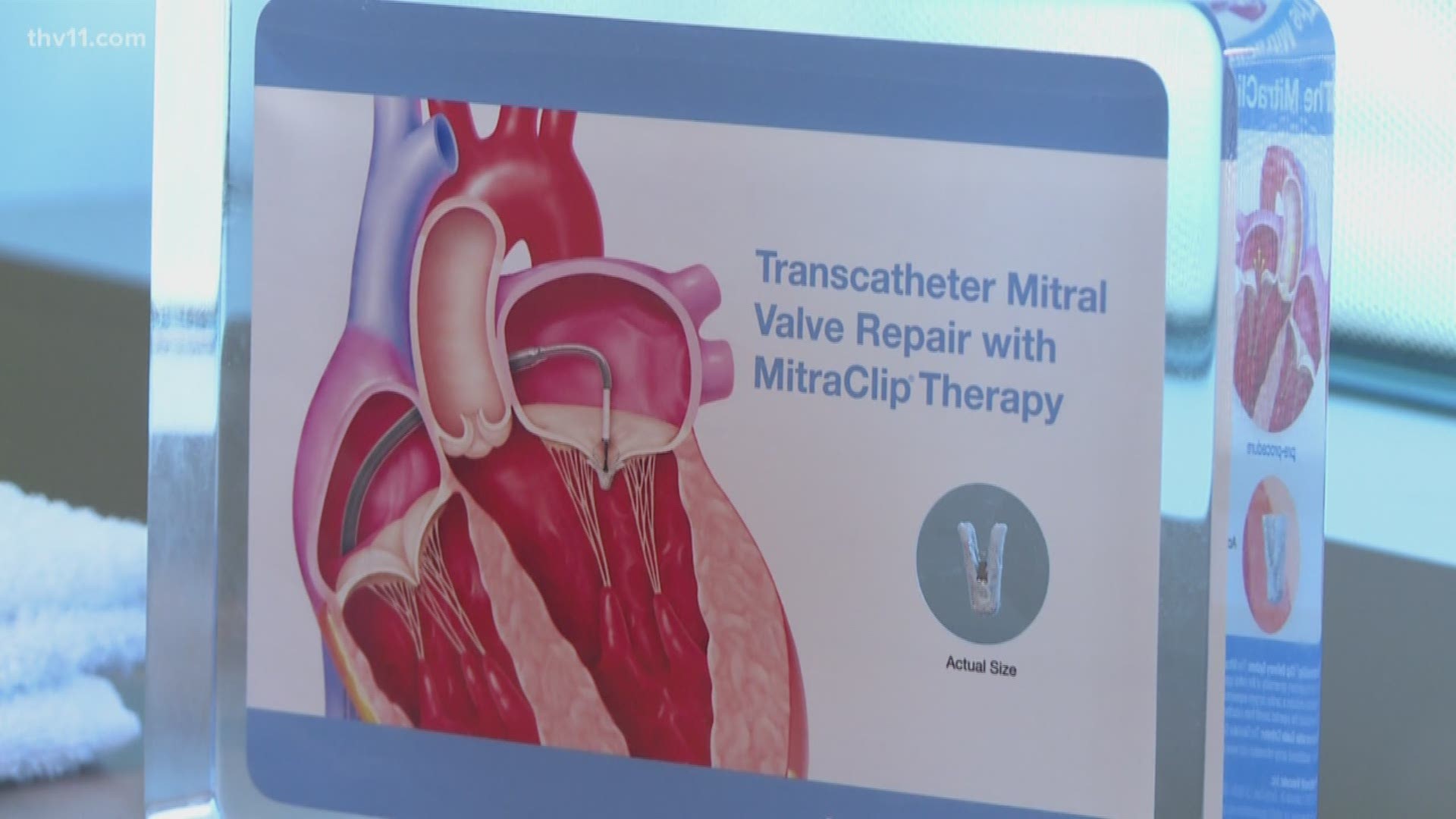 LITTLE ROCK, Ark. — When you wear the gown, you're learning— and teaching—a lesson that could save lives. You're taking the time to pay attention to what your body is saying.

His warning sign? "I would take a few steps and get out of breath."

But after a regularly scheduled checkup, he got referred to a CHI St. Vincent cardiologist.

An ultrasound one day and a stunning assessment the next.

"He said, 'you ain't too far from being dead.' So, that's kind of scary, you know." Doctor Forest Glover led a team that reviewed the case and quickly knew the problem.

"What we call mitral regurgitation, which just means leakage of your mitral valve."

Cox said he didn't have any idea.

It was leaking enough that surgery would've been the easy answer. But there was a problem. "Well, my lungs were too bad for that," Cox said.

"It's not that they couldn't get through the actual operation, but the recovery period after having open heart surgery can be particularly arduous for a patient as they get into their later years, especially if they have confounding medical conditions with it," Dr. Glover said.

The answer is a mitraclip. It cuts off the leak.

Cox originally thought he would need one clip, but the doctors used two.

"People normally notice a significant improvement in their breathing very quickly after having the mitraclip procedure done," Dr. Glover said.

"Almost instantly you know," Cox said. "When I come to, I could tell a difference."

A man paid attention and made a regular visit to his doctor, who is then saved by a team that made sure he was on the right path.

"I know as a cardiologist I don't know everything, and sometimes I need other people to help me evaluate a patient and their particular scenario," Dr. Glover said.

It has been three months. Thomas Cox is back to work, but he confesses to one unexpected side effect.

"My neighbors are mowing my lawn for me."