Preventing diverticulitis; especially good to remember if you’re over 40

According to the Mayo Clinic, some things are good to know and remember when concerned with diverticulitis; especially good to remember if you’re over 40. 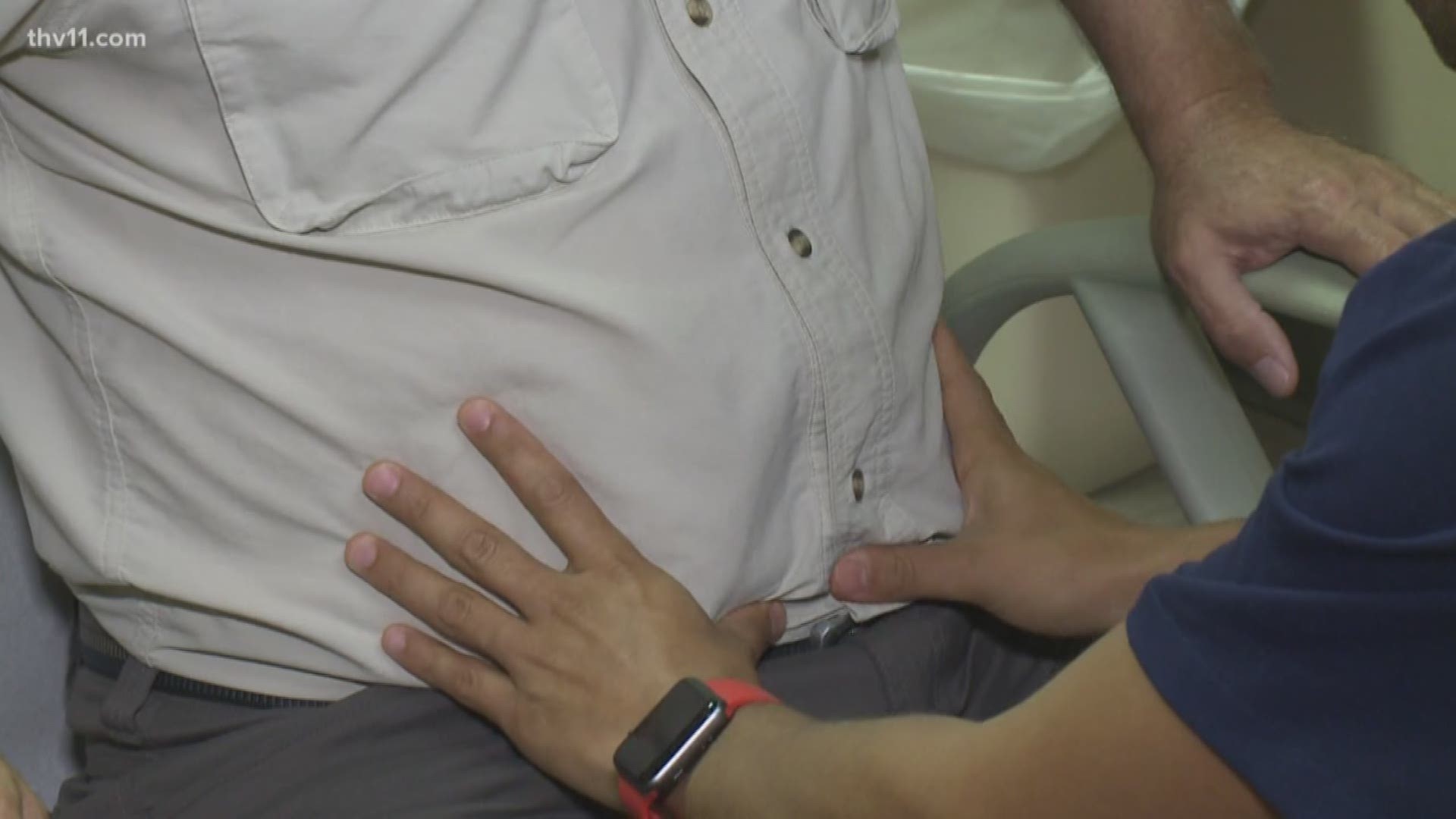 The people we meet doing our Gowns story all have one thing in common. They'd rather not be doing a Gowns story, but they hope to teach a lesson.

A hospital is not where Stephen Hoskins wants to be. He’d rather be fishing on a Hot Springs lake, even though summer fishing is not his thing.

"There's so much bait and frye in the water those fish are not hungry," Hoskins said.

Back in June, he wasn't hungry either. He had an intestinal pain for four days.

"And my wife made me go to the emergency room," he said. "They did a CAT scan and they said, 'you have diverticulitis.'"

Hoskins quickly got referred to the care of Dr. VinCeeo Medina.

"It was a complicated case," said Dr. Medina.

Dr. Medina used laparoscopic surgery, or to put it another way, small incisions and a robotic camera.

"And the quality of life of these patients is significantly improved when we compare it with an open operation," said Dr. Medina.

"He's such a confident person and that gives me confidence," Hoskins said.

A month later and that confidence is unwavering.

Good fishermen have good memories. They learn their lessons. For Stephen Hoskins, he now knows pain is a call to action and a group of professionals has his back.

"This is a good team right here," Hoskins said.

According to the Mayo Clinic, some things are good to know and remember when concerned with diverticulitis; especially good to remember if you’re over 40.

How to help prevent diverticulitis: