Testing your heart to avoid a heart attack | Wear the Gown

The heart attack death-rate in Arkansas is 64% higher than the national average, making it the highest in the country. 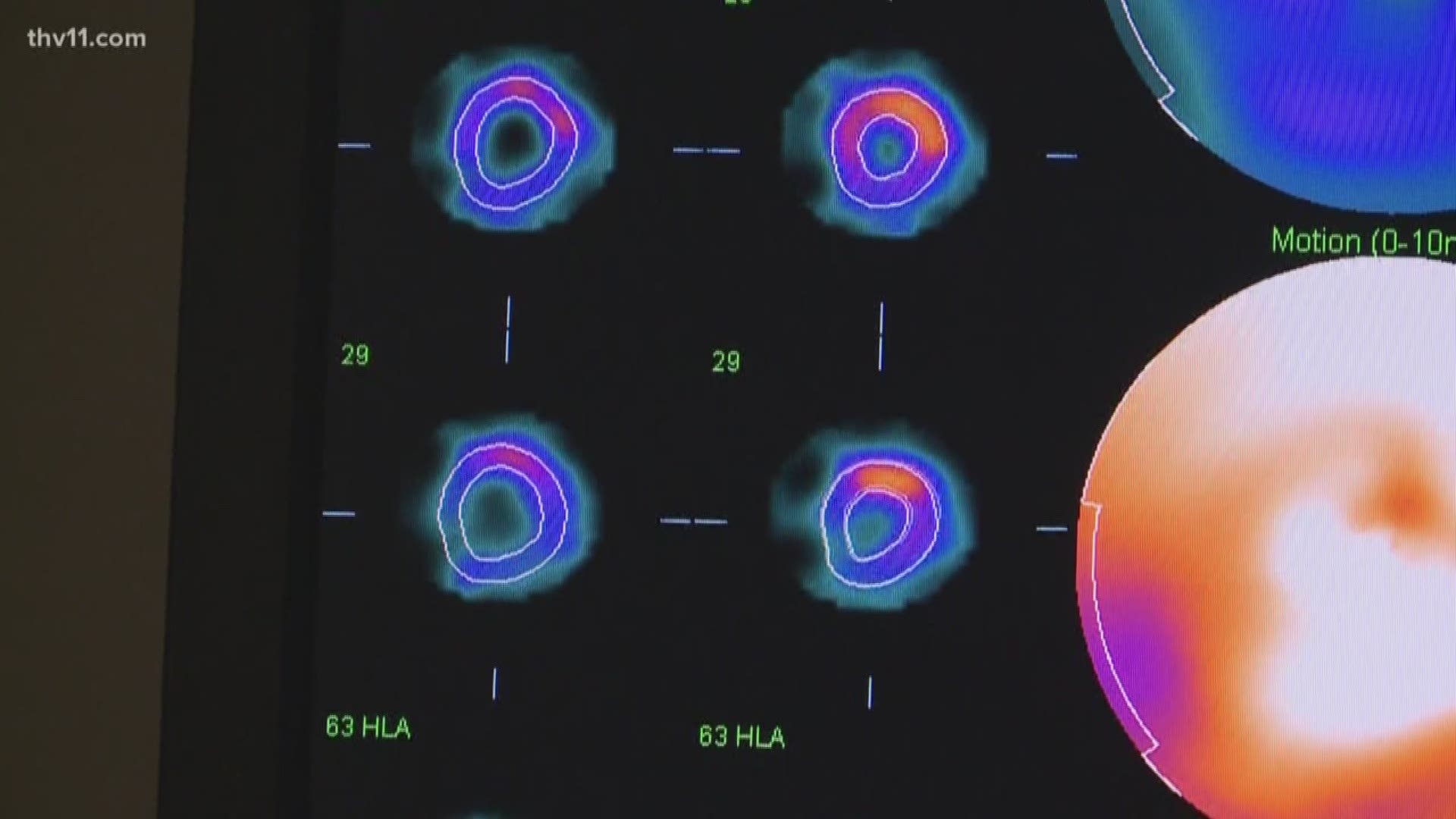 LITTLE ROCK, Ark. — Our biggest mission with Wear the Gowns is preventing a medical emergency, and in most cases, that means heart attack.

With that in mind, we have a couple of confidence-building examples of how technology can really be a life saver.

One of those pieces of technology is a test. It's a Nuclear Medicine Stress test at CHI St. Vincent Heart Clinic.

"It is a two part test and it helps us determine if there's blockage in the coronary arteries," explained Nuclear Medicine Technologist Beth Russell.

Looking more like a video game than medical technology, this is an invaluable tool for catching problems in advance -- especially for patients that have been through heart operations.

"Bypasses, you know, sometimes 10 years, some last 20 years, but eventually those will need to be evaluated again," Russell said.

Russell is also quick to point out that coronary artery disease often progresses.

The technology used, though, is now one of the most often used machines in the heart clinic.

"[It's a] non-invasive test that uses ultrasound to look at the heart," explained Echo Lab Supervisor Jim Rose, as he scours the landscape of a heart, looking for issues with tissue.

"Heart size, function, we look at the valves to make sure they're not leaking," he explained just a few of the things they search for during the test.

"We don't want to see any wall motion abnormalities or changes in wall motion," Rose said.

Every keystroke gives Jim a different view. The techs take a lot of pictures.

"Cardiac health -- it would be first and foremost," Rose said.

Going nuclear or ultrasound, know this: Every test is geared for something specific and many people have an underlying disease they don't know they have.

"If we can find it and fix it before you have the heart attack that damages the heart muscle, then you're so much better off," Russell said.

Before you move on with your day, remember Arkansas has the highest heart attack death rate in the country, according to the Centers for Disease Control. It's 64% higher than the national average.

The best way to bring the rate down is to wear the gown.

RELATED: If after a few steps you're out of breath, you may need this procedure done