Religious group packs 10,000 meals for the hungry ahead of Independence Day

One religious group traveled to Little Rock to pack 10,000 meals in three hours to help those who need it most, ahead of the holiday week. 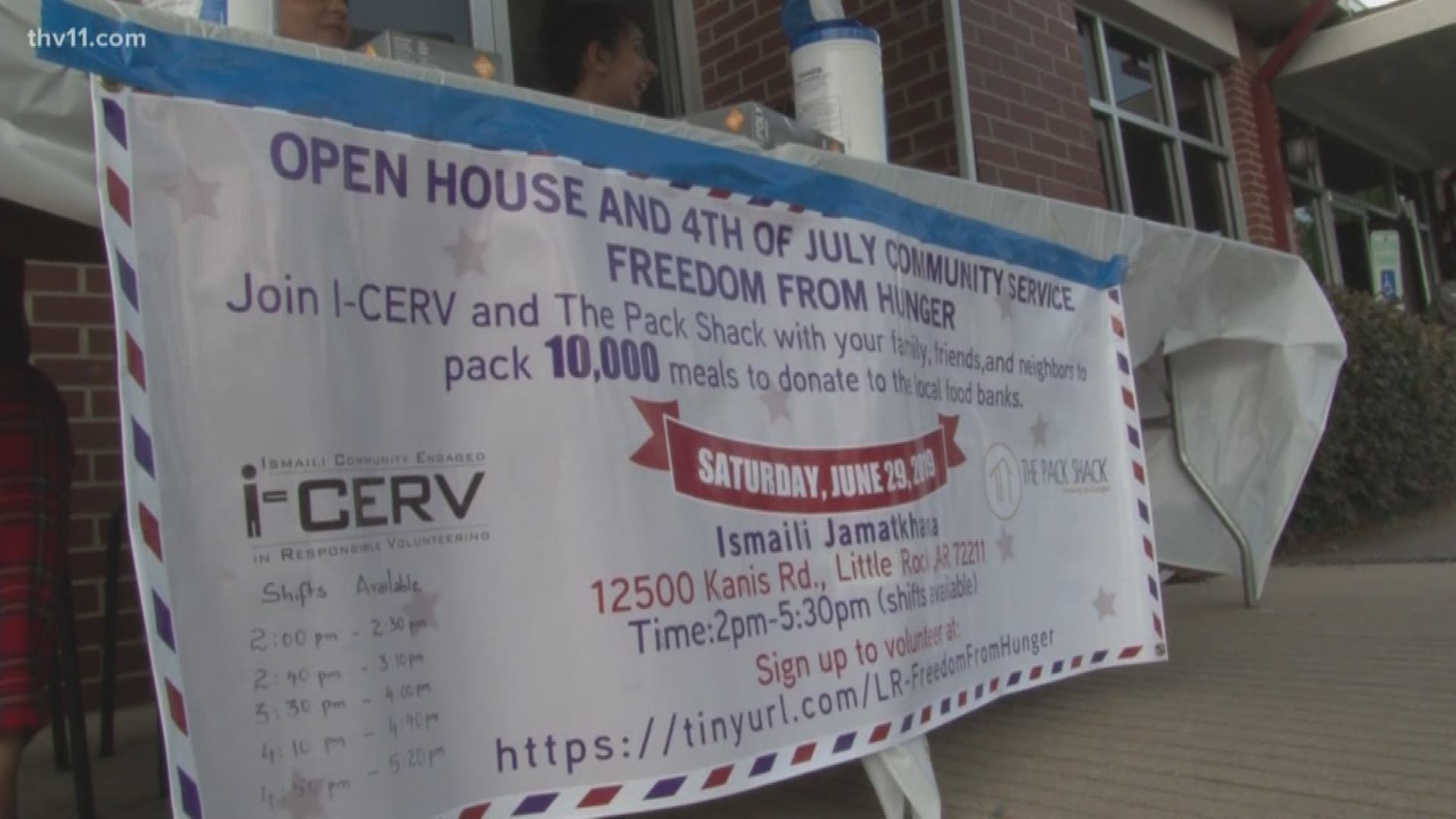 LITTLE ROCK, Ark. — While many people got a jump start on the Fourth of July celebrations this weekend, some volunteers made sure the less fortunate had enough to eat this Independence Day.

In just a matter of hours, one religious group packed 10,000 meals for the hungry in Pulaski County.

They call themselves I-CERV, which stands for Ismaili Community Engaged in Responsible Volunteering. Saturday, they hosted the first ever Freedom From Hunger event.

Some of these volunteers traveled from different cities in the United States to spend their Saturday packing meals to make sure everyone in our community had something to eat while celebrating our freedom.

Tasneem Devani has been a member of I-CERV for most of her life.

These attributes of service were imprinted in Devani's heart at a young age.

"I've been serving since I was eight years old," she said.

Devani said this is not uncommon for the volunteers that make up I-CERV.

"From that young age, that concept, that notion of service continues when you're an adult as well," she said.

Nazim Ali, I-CERV Project Manager, said they travel all around the United States to help the less fortunate.

Ali said they noticed a need in Little Rock and that is why they came together to serve the hungry the weekend before the fireworks take off and the flags wave.

Ali said it is important around the holidays for them to lend a helping hand.

"How about they can have a meal, we can do the labor, and then they can enjoy the seasons as well? Why not!" he said.

From the young to the old, all around the U.S. they are benefiting those who need it most.

I-CERV partnered with Pack Shack to put on this event to give all the food to Helping Hands of Little Rock.

Representatives from the mayor's office, police department, and fire department all showed up to show their gratitude toward the volunteers.

The Directory of Helping Hands of Little Rock, Gayle Priddy, said each meal that was prepared will serve about eight people and the food pantry will most likely go through almost 500 of the 10,000 bags in one week.