Every day, an average of 20 U.S. military veterans commit suicide. In 2017, Mikel Brooks tried to become one of them. 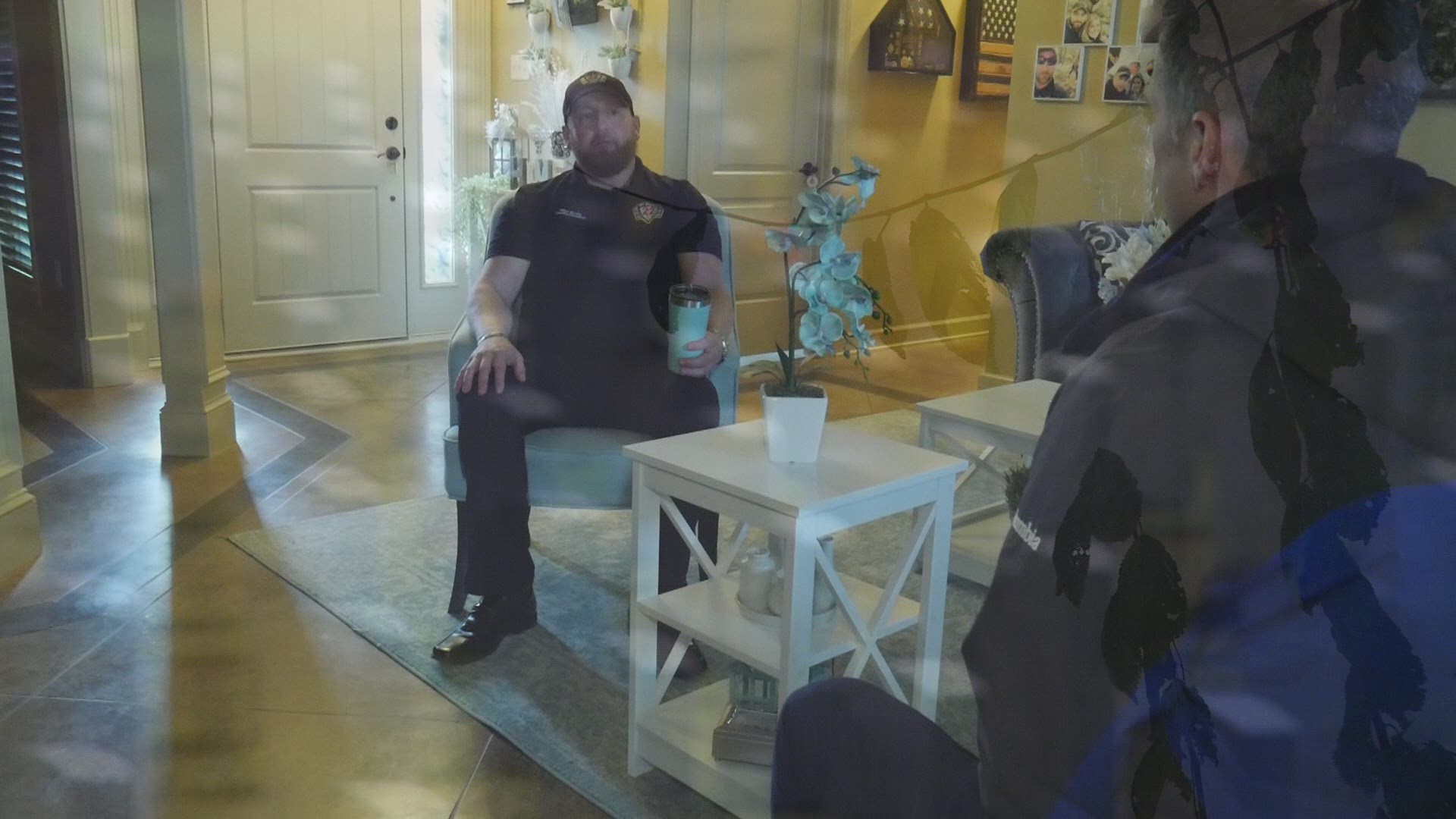 LITTLE ROCK, Ark. — Each month, we're focusing on those who have served our country, and the groups who serve them. It's a series called Saluting Heroes. This month, we meet We Are The 22.

"I've buried now more of my friends here than I did in combat," said Mikel Brooks.

Every day, an average of 20 U.S. military veterans commit suicide. In 2017, Brooks tried to become one of them.

"I overdosed on heroine," he admitted. The purple heart and valor-decorated Army veteran had had enough. "I was lost. That's the only way I know how to explain it."

Two tours in the middle east. The second, as a combat engineer, clearing roadside bombs. With each explosion, a shockwave pierced his body.

"The vibrations from it can separate your soft tissues," he explained. After every one, he went back out.

"If you weren't bleeding," he said, "if you weren't missing a limb, you got up and went out. A headache and dizzy, you got over it and you did your job."

Eventually, the explosions caught up with him. Brooks was forced to retire in 2009.

"At that point," he said, "is when I fell into the darkness." He started abusing his pain medications, then street drugs, for six years.

"During that time," he said, "I lost everything, I was homeless."

Then came that night.

"Right before I did it," he looked back, "I called the veteran hotline, and I talked to a really nice lady in Oregon, and she didn't have any ideas about the resources around me. When we hung up, I was still sitting in that empty house by myself."

Instantly, he said, he knew he made a mistake.

"I remember begging someone to come in and save me because I didn't want to die but I was in an abandoned house. In Judsonia, Arkansas and nobody came. I never forgot that."

Nobody came, but he survived. It was then he knew he had a purpose.

Brooks formed the non-profit We Are The 22. It's direct suicide prevention, named for-at the time-the amount of veterans dying by suicide each day.

"When a veteran was in the darkest place in their life, with a bottle and a gun and alone at 2 a.m. — there should be someone out there that cares enough to go find them —  to sit down with them and tell them there's hope."

The group now has more than 50 veterans, all volunteers.

They've been busy, having already responded to more than 200 veterans in crisis. It works because Brooks and his volunteers understand. They've been there, and they've felt it.

"And I don't ever want to feel that way again."

You can also reach out on their Facebook page and leave a message, that's also monitored 24 hours a day. If you are a veteran and like to get involved, there's a form on their webpage.