The Salvation Army is losing out on thousands of donations through its Red Kettle Program because Thanksgiving is so late this year. 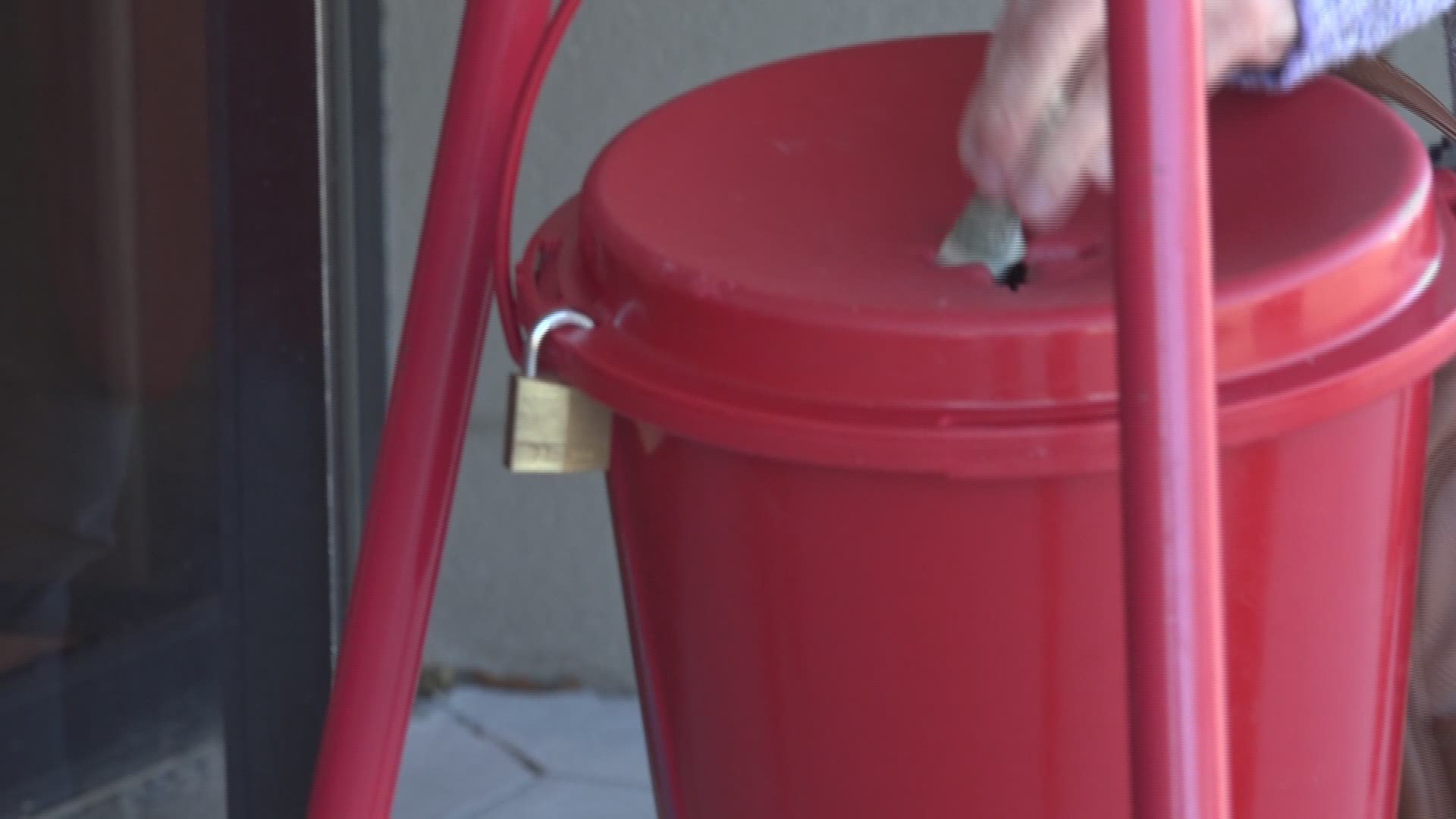 LITTLE ROCK, Ark. — The Salvation Army is losing out on thousands of donations through its Red Kettle Program because Thanksgiving is so late this year.

"Most of our national contracts with all of our organizations, Kroger's and Walmart and all the fantastic people that let us do this, usually do not allow us to start ringing until after Thanksgiving," Captain Jay Spalding said.

But because Thanksgiving is not until Nov. 28, Captain Spalding said the Salvation Army is already behind. Their goal is to try and raise 400-thousand dollars, but the later date is a setback.

"Probably around 40-thousand dollars which is about 10 percent of our goal," he said.

Right now, there are only about 10 Red Kettle locations taking donations. But once Black Friday hits, there will be more than 50 in central Arkansas.

"So, that's really going to be our biggest push to get as much money as we can," Spalding said.

This year for the first time, you'll be able to make donations with your phone through Apple Or Google pay, by scanning the QR code on the board.

"We're getting into the society where people don't carry a whole lot of cash around," Spalding said.

Captain Spalding said the Salvation Army is doing everything they can to make up for the short Christmas season.

"We also have little lapel pins you can purchase for 50 to 100 dollars," he said.

So, he hopes people will consider dropping their extra change in the kettle.

"These are funds we've already marked to help us out through the season so we're counting on this great community to reach our 400-thousand-dollar goal," Spalding said.

Spalding said all the bell ringers will be out ringing on Black Friday.

You can purchase one of those lapel pins at 1111 W Markham in downtown Little Rock or at one of the Angel tree locations.