Parents lying about children’s age to get COVID vaccine

Some Arkansas parents have been lying about their child’s age to get vaccinated ahead of the new school year. 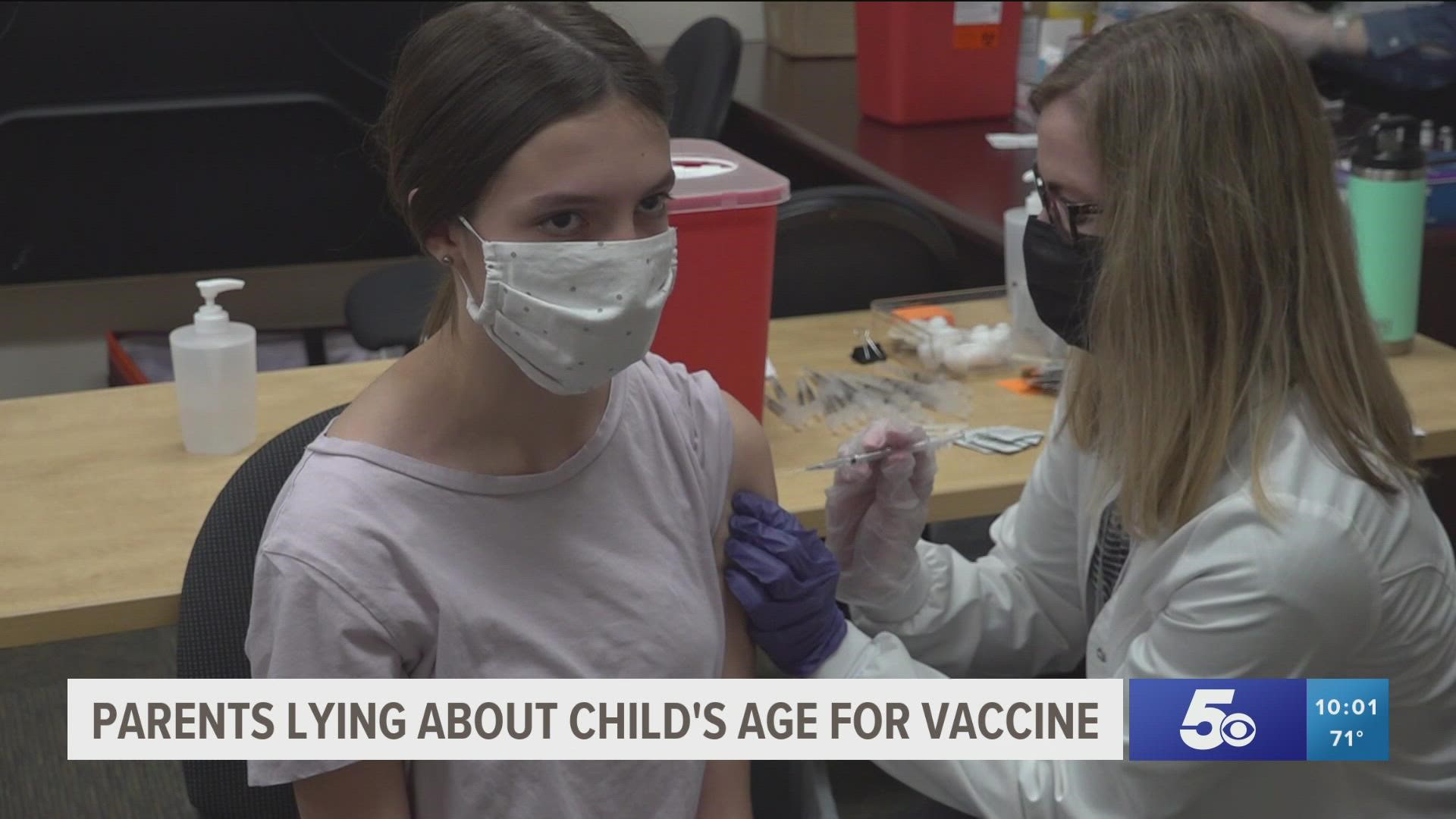 FAYETTEVILLE, Ark. — According to Medical Arts Pharmacy in Fayetteville, some Arkansas parents have been lying about their child’s age to get vaccinated ahead of the new school year.

Parents are lying to protect their kids from coronavirus, as they attempt to get their children vaccinated before they’re old enough to receive it by CDC guidelines.

As school begins in a few weeks, and as COVID-19 cases surge in Arkansas, many parents are worried about sending their kids back to school around possibly unmasked and unvaccinated children.

The Medical Arts Pharmacy says some parents have been lying about their kid's age, saying they’re 12 when they’re actually younger.

While some parents are saying they won’t take a chance on getting their kids vaccinated, others say they will do anything to protect their children.

“They feel a desperation about school starting,” said Julie Stewart, a pharmacist at Medical Arts Pharmacy in Fayetteville.

According to the CDC, kids 11 and under are not yet eligible to receive the COVID-19 vaccine.

“Two of three of my kids are 12. So, they’ve been vaccinated. And I have another child who’s 9,” said Sarah Carrier, mother of 3. Carrier’s 9-year-old is currently unable to get the vaccine. However, after a year of virtual learning, the Carrier’s are sending their 9-year-old back to the classroom. “We’re concerned without mask mandate in place,” said Carrier.

The family says they’re concerned about their kids being near other unvaccinated children in class as COVID-19 cases continue to surge.

“They’re concerned about their kids catching it and possibly passing it on to other people,” Stewart said.

Carrier says she shares the same fear as many parents, “as a mom, you would just do anything to protect your kids.” However, she says she would never lie about her child’s age so they can receive the vaccine. “I can see why people are so concerned and so fearful and one of them to be protected.”

Although many parents are worried about their child this school year, they ask parents to wait until they are eligible for the vaccine.

The Medical Arts Pharmacy also says they have ways of verifying your child’s age to make sure they’re eligible by checking the state’s registry.