An ABC violation was issued to the Peacemaker Festival for failure to follow health department directives. 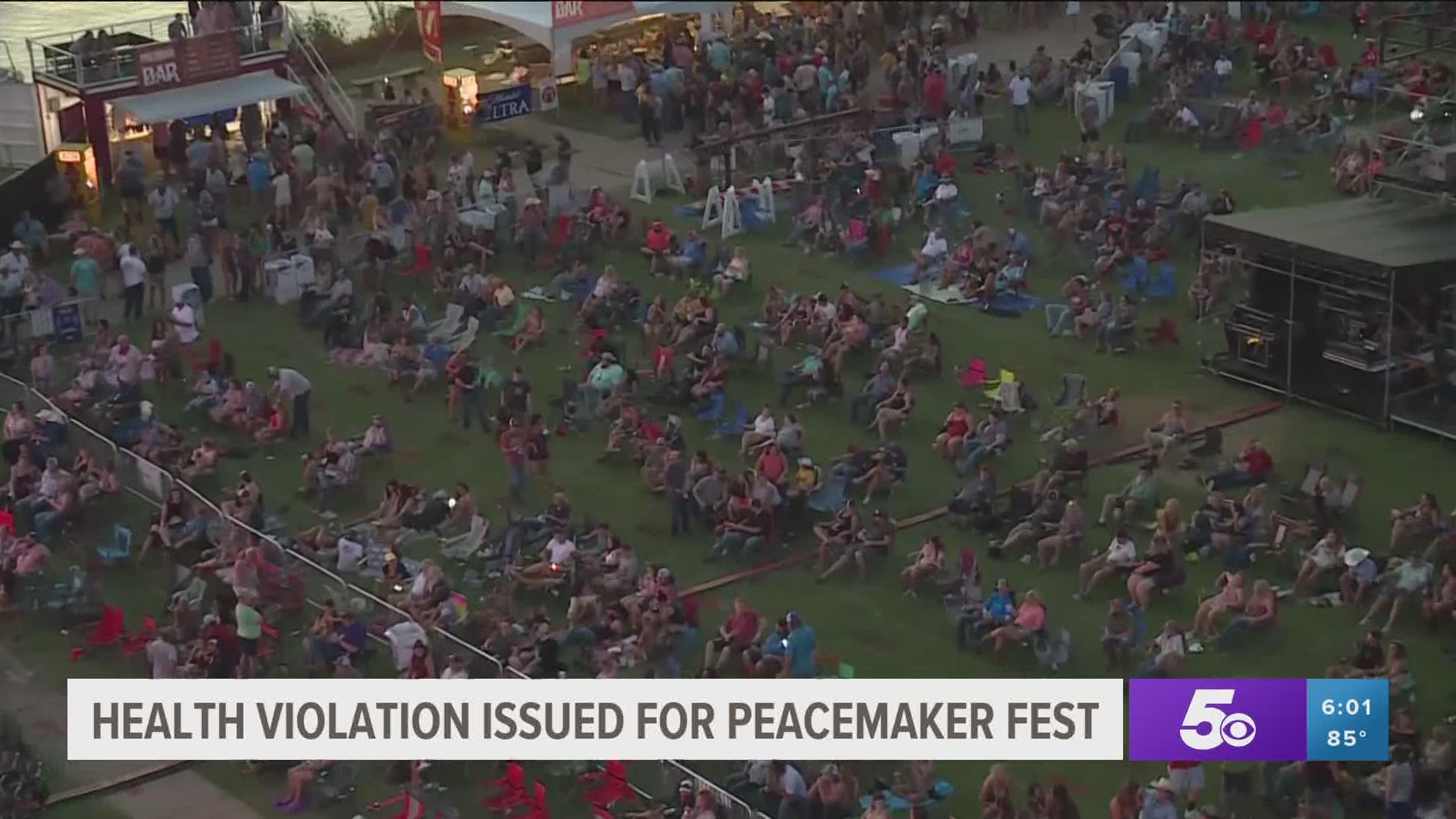 FORT SMITH, Ark. — A violation from the Arkansas Alcoholic Beverage Control Board (ABC) was issued to the organizers of the Peacemaker Festival in Fort Smith.

According to Scott Hardin, a spokesperson for the ABC, ABC agents attended the festival over the weekend to do a compliance check. The violation was issued to the Peacemaker Festival for failure to follow the Arkansas Department of Health (ADH) directives concerning large gatherings during the coronavirus pandemic.

The associated penalty will be determined by ABC’s Director, but since it was a one-time event, it will likely consist of a fine, according to Hardin.

Festival organizers will have an opportunity to appeal the violation.

ABC issued the festival an alcohol permit and local leaders were asked if there was any opposition to the permit. In this case, there was not any local opposition.

There were five agents at the festival over the two day period, according to Hardin.

The ADH signed off on the festival’s plan to follow COVID-19-related directives.

Hardin says while the festival had a solid plan to enforce directives, there were several instances in which there were portions of the crowd that were not following guidelines.

The festival staff did work closely with ABC to address concerns as they were raised. However, there were ultimately not enough staffers or volunteers to address each individual concern, Hardin said.

When asked about the festival over the weekend, Arkansas Gov. Asa Hutchinson said hopefully it will be a learning moment.

“I was aware, followed it from a distance…I know everybody made an effort there….I think we can learn some things from there. Probably have to look more closely at some of the requests that come in to make sure that the compliance is in place as we approve or consider those plans," Hutchinson said.

Other Arkansas representatives have spoken out about the large crowd in attendance.

5NEWS has been in contact with a woman who says she took a COVID-19 test last week after feeling sick. She decided to go to the festival after feeling better but got her results back today and they were positive. The Arkansas Department of Health says they are aware of this and are looking into it.

Peacemaker Festival organizers have not responded with a comment about the violation.

Mayor George McGill
I want to begin by saying that I understand the passion and concern ... that people have around the recent Peacemaker Festival. To answer a rumor that has been swirling around social media, I was not a "deciding vote" to approve this event. Peacemaker went through a comprehensive approval process with the Arkansas Department of Health.

RELATED: Coronavirus in Arkansas: Tracking COVID-19 Where You Live