"2019 was a detrimental year for this region. The first time in our lifetime that we had seen something of this magnitude." 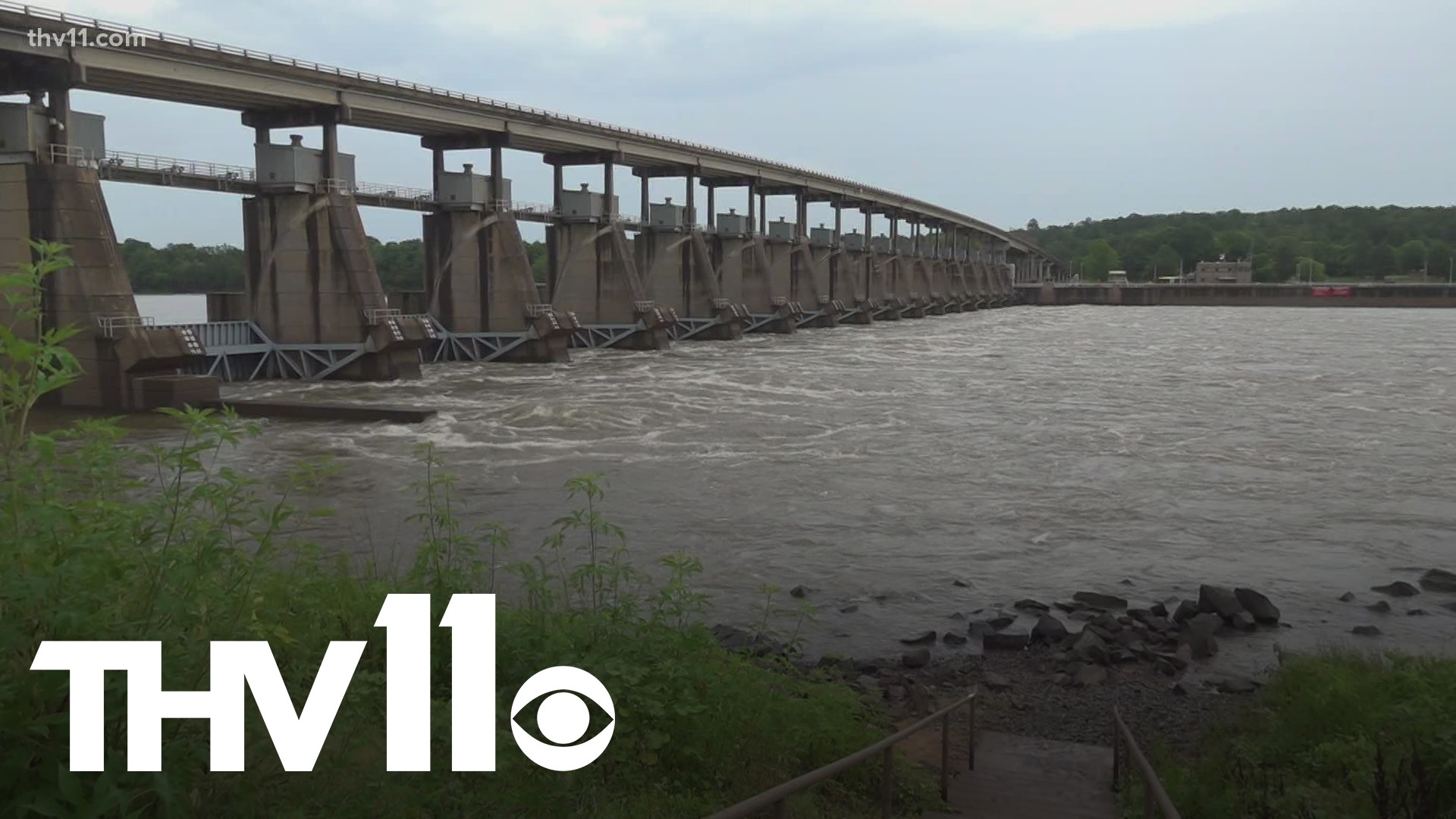 PERRY COUNTY, Ark. — The summer of 2019 saw widespread flooding in Arkansas, with major damage along stretches of the Arkansas River in Central Arkansas.

Two years later and Perry County Judge, Toby Davis, said he's relieved to see that parts of the county that he oversees are back to being dry again.

"Relief, mainly relief," Davis said. "It's just that, hey, this is something now that we can not focus on as much and move on to the next issue."

When it comes to issues, flooding was a major one.

"2019 was a detrimental year for this region," he said. "The first time in our lifetime that we had seen something of this magnitude."

The levee that runs along the river broke during floods in 2019, even damaging homes and businesses a couple miles away from the river.

"The main thing was the loss of the homes and the people living here who had no place to go," Davis said.

Once the levee broke, fixing it wasn't easy.

The river was so powerful that it ate away at the parts it didn't crest over.

"Water would back in and it would fill us up from the inside of the levee," Kevin Bradke, Secretary for the Perry County Levee District, said. "What was supposed to be protecting us wasn't doing any good because we had this big gaping hole down there."

The damage is still easy to spot – the remains of flooded trailers and holes from river water make it difficult to miss.

But, it's less prevalent and the most important thing is that now the levee is fully repaired.

Fixing the levee wasn't an easy task. Close to 2,000 truckloads full of clay and dirt were driven to the levee to help with repairs.

"So it's just been a long, steady process of people being patient," Bradke said. "Understanding what we're trying to do as far as keeping our property and our people safe."

It took a lot of time and effort from many people to get to where they are now, but Davis is confident this will keep people safe – even if they can't stop Mother Nature.

"2019, we hope that never happens again," Davis said. "I feel very confident that if we keep the levees, which the levee board is doing a good job. Maintain them, then this will never happen again. That's my goal."