The truck driver was working when he was caught in the drive-by shooting. 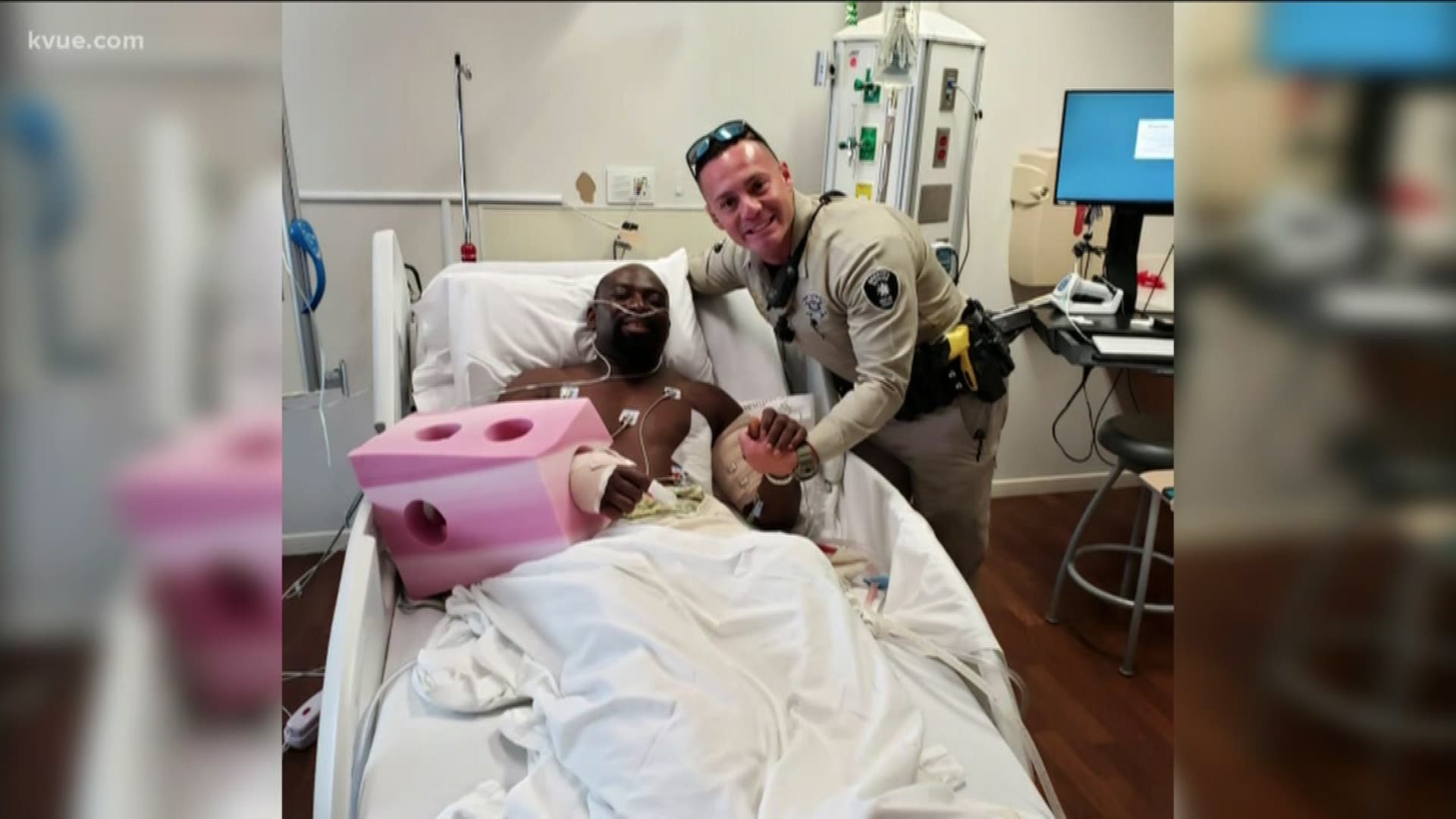 ODESSA, Texas — One of the 23 people injured in the mass shooting in Midland-Odessa on Saturday is Efe Obayagbona from Pflugerville. He remains in an Odessa hospital, recovering from gunshot wounds to his lungs, arm and wrist.

KVUE was invited to his home to visit with his wife, three children and other family members on Tuesday morning.

Ivie Osagie is devastated but says it's a miracle her husband is alive.

She says Efe was moved out of ICU on Monday night and is in a lot of pain.

He was working Saturday, driving his semi-truck through West Texas when he was shot and left for dead.

She showed us a picture he took from his hospital bed in Odessa with a sheriff deputy, one of the people who saved his life.

"He was losing so much strength and blood that if it wasn't for them, it could have been a different story," Osagie said.

"He said when he was shot in his truck, he got out his truck and he laid on the road and that's when some stranger that was driving by came and called the cops and a cop was able to put him in his patrol car and took him to the emergency room," she said.

Osagie hasn't slept much since Saturday after finding out the news through an ICU nurse when she called her husband's phone.

"'Oh, he was in a shooting.' I'm like, 'Shooting? Where? Shooting? I just spoke to him.' She was like, 'It was all over the news.' I ran home so quick, turned on the news and there was my worst nightmare, that my husband was shot three times. I couldn't believe it," said the mother of three.

As her husband recovers from gunshot wounds to his lungs, arm and wrist, she is still trying to digest the news.

"I see this on the news all the time and I pray for the victims, I support the victims, and it cannot be true," she said.

The two older children know their father is injured. They've seen the news.

What they don't understand is why they can't see their father.

"The kids are crying every day. They want to see their dad. How do you tell a 5-year-old, a 3-year-old, that their dad was shot? How does a mom do that?" Osagie pondered.

"All he thought about when he was shot was his kids. He needs to come home to his kids. He cannot die like that," Osagie recounted.

RELATED: Sister of USPS worker killed in West Texas shooting: 'I wish this was just a dream'

"People fight over the right to bear arms but what about the right to be alive, some of us? So hopefully politicians will step up and do what is right," he said.

Osagie said it's unknown how long her husband has to remain in the hospital for recovery but he is the sole provider for the family. If you would like to help, visit the family's GoFundMe page.

PHOTOS: Pflugerville man is one of the dozens of Odessa shooting victims

Here are the victims of the Permian Basin shooting