Large water leaks from the winter storm still haven't been found in Pine Bluff according to Liberty Utilities. 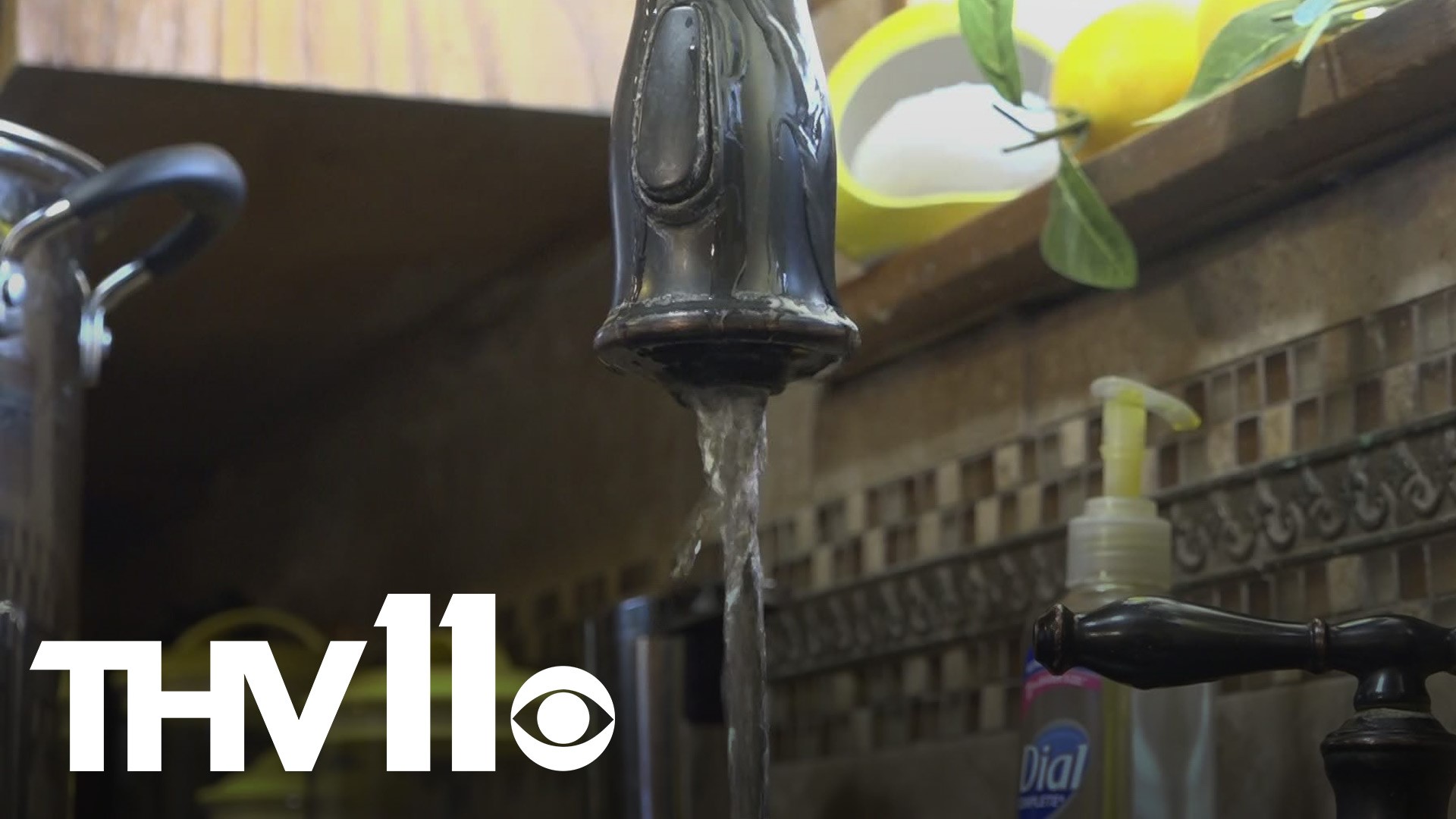 PINE BLUFF, Ark — The city of Pine Bluff is dealing with low water pressure citywide after the winter weather storm last week. All resources have been made available throughout the city and the county to assist Liberty Utilities with resolving the issue.

Chris Mitchell says he's a plumber and works part-time at a local laundromat in the city. He feels there hasn't been transparency or communication from the utility company to keep people informed or up to date about the issue.

"We're having to turn people away at the laundromat. There's not enough water pressure to activate all the machines... I've been without water for several days," said Mitchell.

Christopher Mack Sr. said that living with a family of five, low water pressure for the past few days has been difficult. He says they ran as many buckets of water as they could, filling the tubs in his home during the snowstorm to store as much water as possible.

"Then with the water pressure being very low it was brown. So it was taking time to wash and bathe. It was a slow process around here," said Mack.

He says he tried to call Liberty Utilities but assumes there have been so many calls going in to them, so he doesn't get an answer. He got information about water updates from Facebook.

He's just thankful that not all water was lost. It's just lower water pressure.

City officials say they've held daily meetings with Liberty Utilities in an effort to gain updates on what actions the company is taking to resolve the issue. In a statement through the sheriff's department they've said they haven't found the major reason behind the lower water pressure:

The company has not yet found the issue although it is known that millions of gallons of water are being lost through unlocated major leaks. The company has been able to maintain positive pressure, avoiding a boil order advisory event.

Pine Bluff Mayor Shirley Washington says the Liberty Utilities will need to find the major leaks in the city in order for normal pressure to be restored.

"The PSI is higher today than it was yesterday or last night. I was here at 8:30 with Liberty and then again at ten o'clock this morning. So we hope that if we can continue to find small leaks, but most importantly we have to find some leaks," said Washington.

She wants people to be patient and keep in mind water usage while the company figures out the situation. Taking showers instead of baths, doing a full load of laundry and even checking abandoned houses to see if there are water leaks to report to Liberty could help.

Randall Harris is a safety officer for Jefferson Regional Medical Center and says people can help in the smallest ways.

"Liberty is saying that there's some major leaks throughout Pine Bluff. You know it's a really beautiful day out here today. If you could get out, walk around your house, walk around your neighborhood please look to see if you see water where it shouldn't be," said Harris.

He says local fire had to bring water to the hospital to keep them up and running for medical staff and patients. They're currently keeping the emergency room open, but not admitting routine in-patients.