While much of the world came to a halt in March, Pine Bluff began the Streetscape Project to give the area a fresh look. 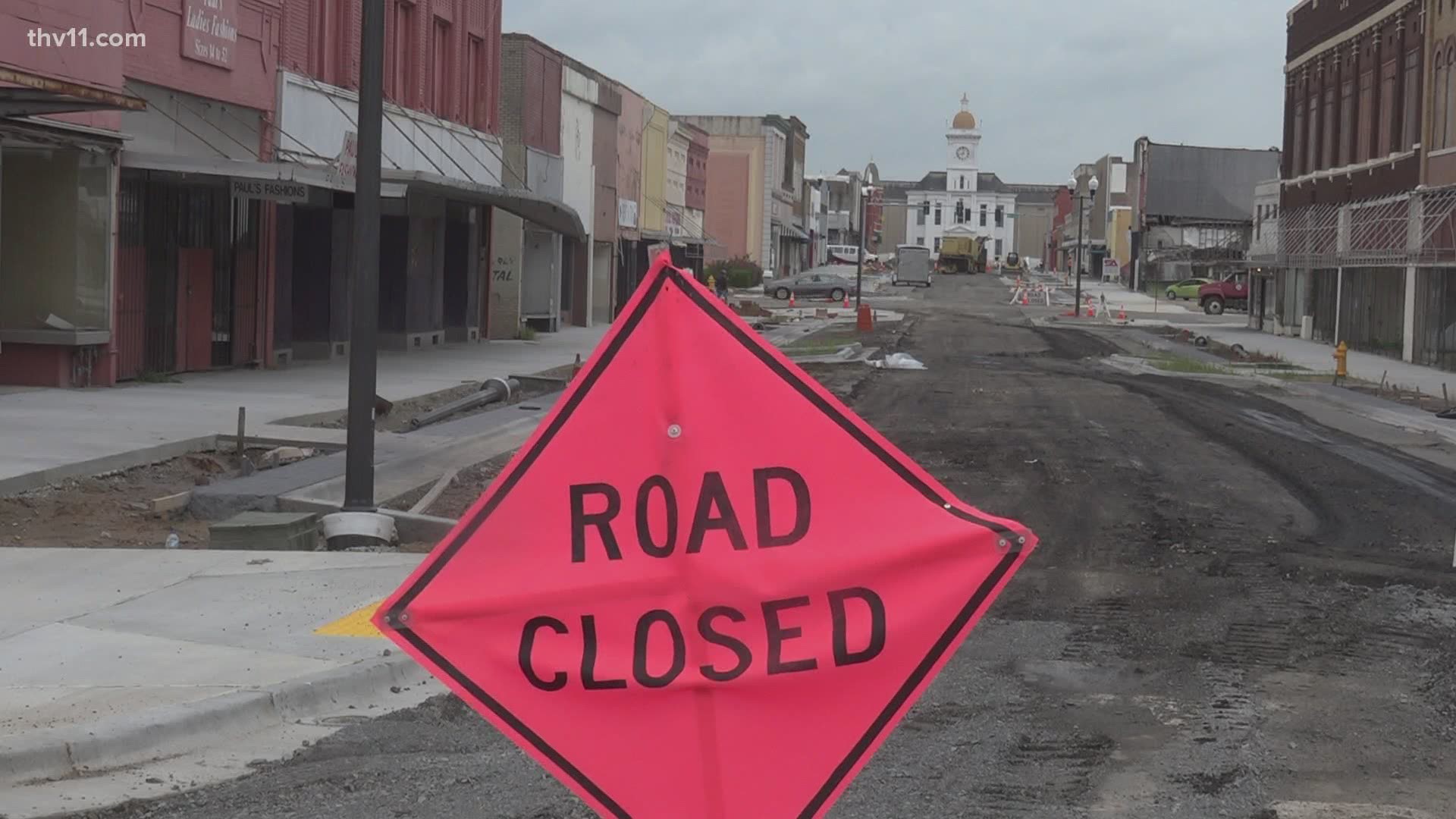 PINE BLUFF, Ark. — People in Pine Bluff are paving the way for a brighter downtown.

Several portions of Main Street are closed as crews work on these roadways.

Owner of Pop’s Barbershop Kendrick Williams hopes vacant buildings and empty streets will one day be a thing of the past in downtown.

“I'm so glad that we finally get a chance to see something because we've been down here for a lot of years and nothing's ever happening,” Williams said.

While much of the world came to a halt in March, the city began the Streetscape Project to give the area a fresh look.

“It’s not a big eyesore, everybody can get a chance to see things and I’m just waiting on them to see what they’re going to do with the buildings down here, so I’m really excited about that,” Williams said.

This is part of a 10-block project that’s been on the books since 2013. Williams said seeing is believing.

“It’s saying that the city is trying. They’re trying to do something and make a difference,” Williams said.

“Almost like the entertainment district area—not all of it is, but parts of it is. The restaurants will be able to have outdoor seating. We can have bars and tables outside like in Little Rock or any other community,” Executive Director of Pine Bluff Downtown Development Joy Blankenship said.

These streets will see new sidewalks, landscaping, and lighting.

“It’s very important to us because I think it will bring more people to our downtown area,” Blankenship said.

Thanks to grants and city funding the project should begin phase 2 in the fall.