The Florida Fish and Wildlife Conservation Commission is investigating. 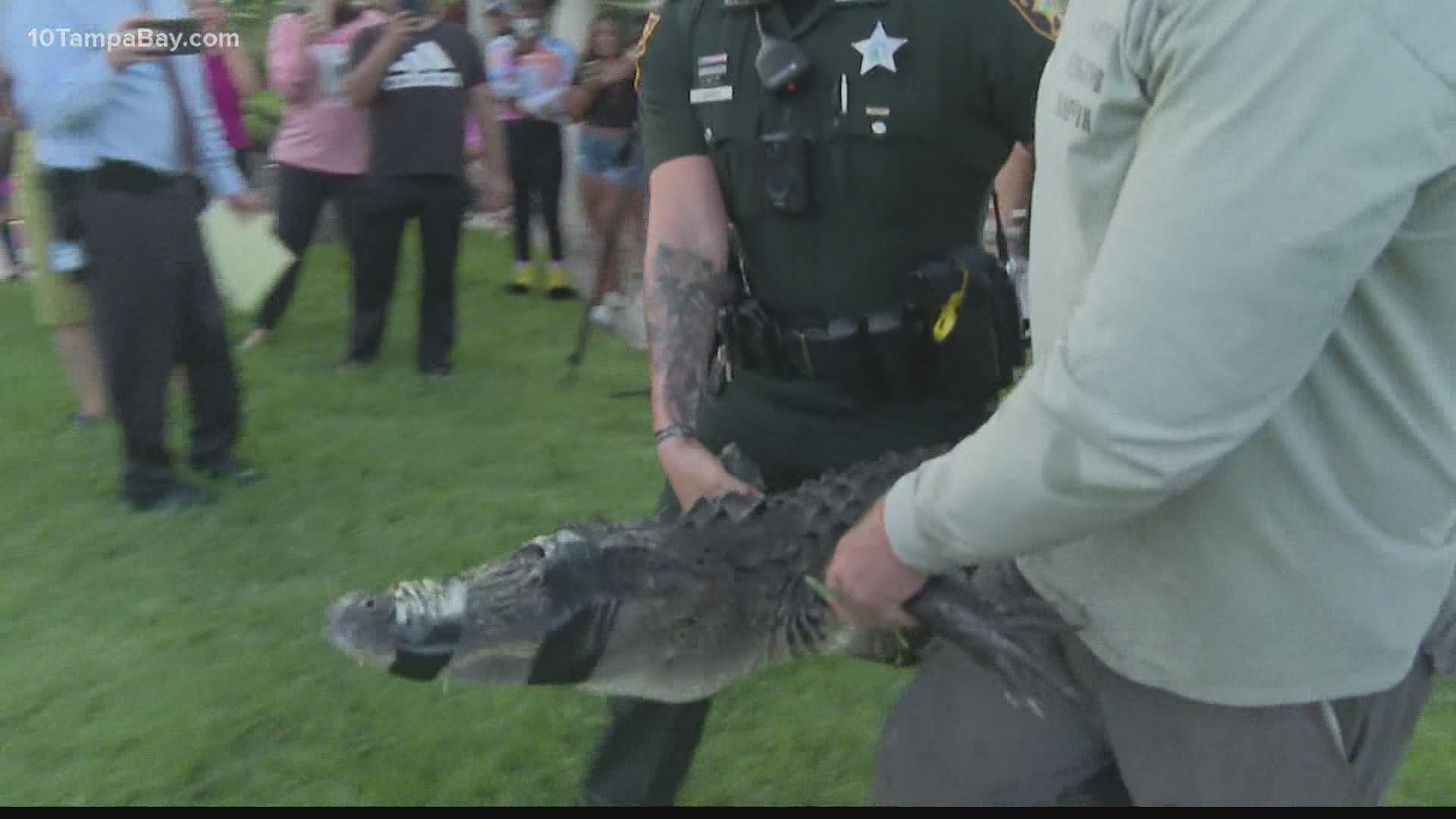 PALM HARBOR, Fla. — She was walking her dog on a leash. The next moment, she was attacked by an alligator.

The Florida Fish and Wildlife Conservation Commission confirms a 43-year-old woman was bitten by the gator along a small lake in a Palm Harbor neighborhood. It happened on Pine Ridge Boulevard near Commercial Drive.

The gator tore into her lower right leg, FWC said in a news release. First responders rushed her to an area hospital.

FWC, which is investigating, called a nuisance alligator trapper to the scene. The trapper removed the 7-foot-7 gator.

It's rare for people to be seriously hurt by gators in Florida, but it does happen. The Statewide Nuisance Alligator Program (SNAP) handles complaints about specific gators that people believe pose direct threats to themselves, pets or property. The toll-free Nuisance Alligator Hotline, which is managed by FWC, can be reached at 866-FWC-GATOR (866-392-4286).

"When someone concerned about an alligator calls the Nuisance Alligator Hotline, we will dispatch one of our contracted nuisance alligator trappers to resolve the situation," FWC said.

"Relocated alligators nearly always try to return to their capture site. In the process of returning, they can create problems for people or other alligators along the way," FWC explained in a statement. "If an alligator successfully returns, capturing it again would be necessary and usually more difficult the second time."

When gators are removed, they become the property of their respective trappers are are usually processed for their hides and meat. Sometimes, they get sold to zoos or animal facilities.

Trappers are paid a $30 stipend for capturing the gators under contractual agreements with Florida. They're not employees of the state.

"Florida has a healthy and stable alligator population, which is estimated at 1.3 million alligators of every size," an FWC spokesperson added.

Gators can be found in all of Florida's 67 counties.

"They prefer freshwater lakes and slow-moving rivers and their associated wetlands, but they also can be found in brackish water habitats," the spokesperson said. "Anywhere there is standing water, an alligator might be found."