According to police, officers were notified of a body near the pond behind a Holiday Inn hotel on Bankhead Drive, which is near the Little Rock airport. 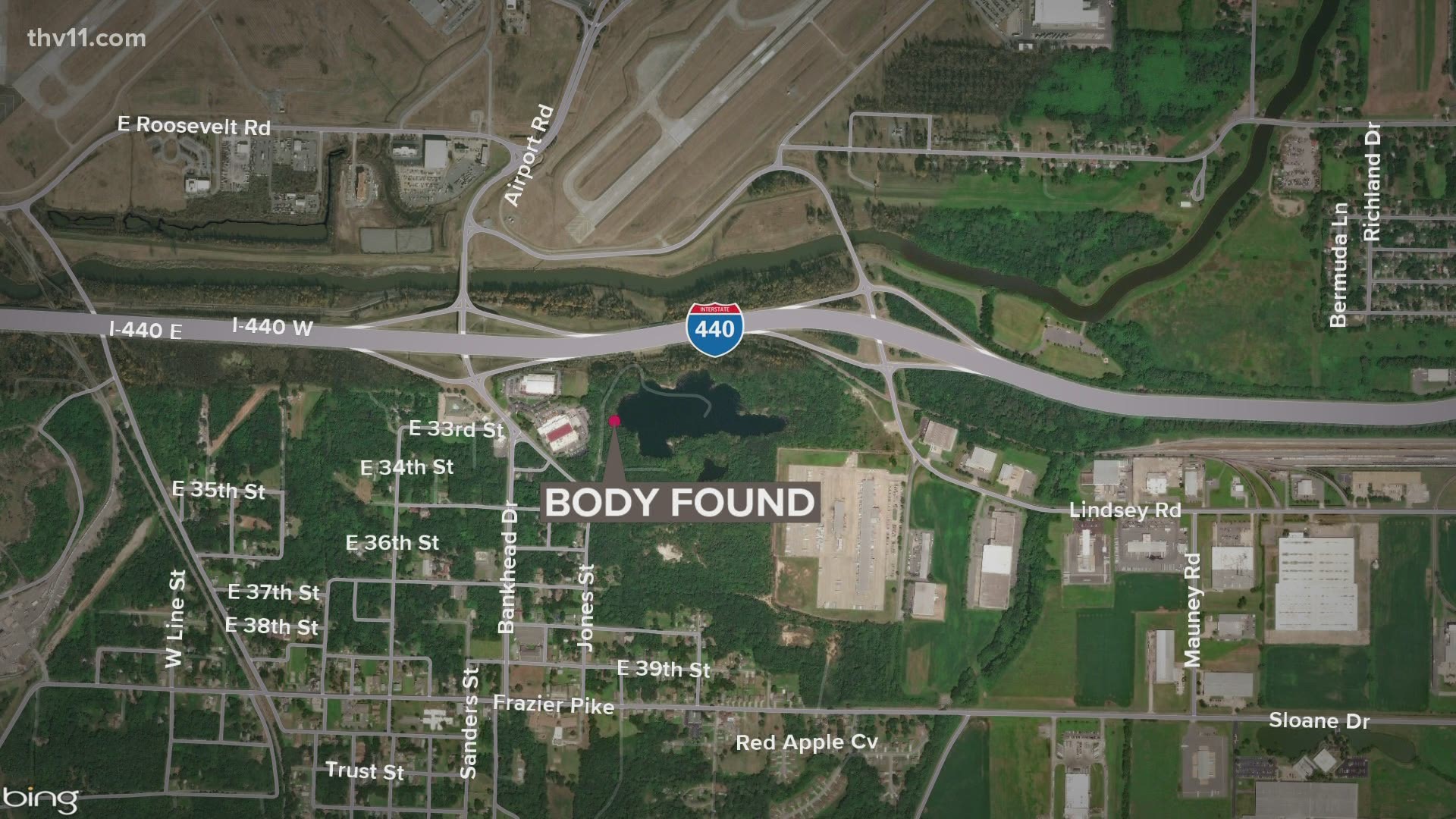 LITTLE ROCK, Ark. — The Little Rock Police Department is investigating a homicide after a body was found behind a hotel near the airport.

According to police, officers were notified of a body near the pond behind a Holiday Inn hotel on Bankhead Drive.

Police say they noticed a strong odor and then saw the body 30 to 40 below a cliff.

Officers interviewed two people who led them to the body. The two were visiting from out of town.

The person was identified as 21-year-old Treyvon Abernathy and his death has been ruled as a homicide.

The body has been sent to the Arkansas State Crime Lab.

No suspects have been named at this time.